Documentary on Police-Involved Shootings to Screen at Cultural Center 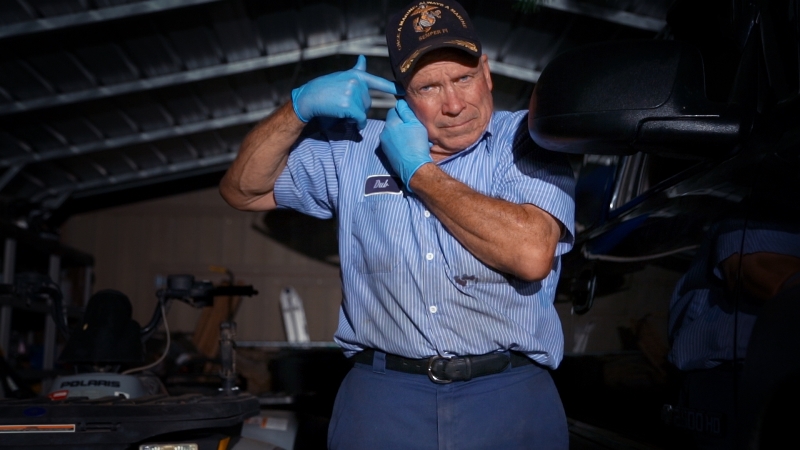 In 1975, then-Sheriff William “Dub” Lawrence helped start the first SWAT team in Davis County, Utah. Some 30 years later, in 2008, Lawrence’s son-in-law was killed by a member of that same team following a domestic fight with Lawrence’s daughter. That incident caused Lawrence to retire from public service – he now owns his own sewage-cleaning business – and simultaneously sparked his mission to better understand the details surrounding his son-in-law’s death.

The 2015 documentary “Peace Officer,” from Scott Christopherson and Brad Barber, chronicles Lawrence’s efforts and also takes a look at larger questions around the increased militarization of American police forces over the past 40 years.

The film airs on the PBS series Independent Lens on May 9, with a free screening on Saturday at the Chicago Cultural Center. We spoke with Christopherson, who will be in attendance at Saturday’s screening, about the impact his film has had to date.

Chicago Tonight: How did you and Brad Barber first come across William “Dub” Lawrence?

Scott Christopherson: I came across Dub. I’m from Utah originally, so I was visiting family and I was playing in a softball game in Utah with Dub’s son. And after the game, [Dub] approached me because he knew I was a documentary film professor and he asked me if I would teach him how to edit. And then he took me back to his airplane hangar slash septic business and showed me this two-hour-long film that he had edited. It was like this really technical, analytical analysis of his son-in-law’s shooting death, from a police chief’s perspective. And I was really fascinated by him more than anything.

We really didn’t set out to make a film about the militarization of police at all, it was more that we thought Dub was really charismatic and compelling. He was this guy who ostensibly was solving crimes by night and fixing septic tanks by day.

Watch a trailer for "Peace Officer":

CT: And you found Dub prior to the 2014 riots and unrest surrounding Ferguson, is that right?

CT: You chose in the film to narrow the focus to specifically look at Utah – why didn’t you take a broader scope?

SC: There were a couple reasons. One, I think the stories I gravitate towards are stories of individuals and when you try to understand an issue, it’s more palpable and easier to digest when it’s someone’s story, rather than a bunch of taking head experts. We focused on Dub also because of time, money and what we had access to and it just wasn’t in the cards for us to travel all over the country and film.

CT: This is your first feature-length documentary – what was that process like for you compared to past work you’ve done?

SC: This was Brad and I’s first feature. For me it was emotionally draining and all-consuming. I had a day job full time as a film professor and so I was teaching four classes year-round basically. I had summers off to shoot. I also have kids so it was hard to balance all that together. It took a lot of courage for Dub to hand over some of his investigative stuff to us and it was a long haul to uncover all this stuff. At times, you know, I think we wanted to give up. It’s kind of scary making your first feature because you don’t know – are you going to be successful with a documentary? There’s a lot of risk. Throughout the process, many times, I wondered if it would be successful or not and I think we lucked out. 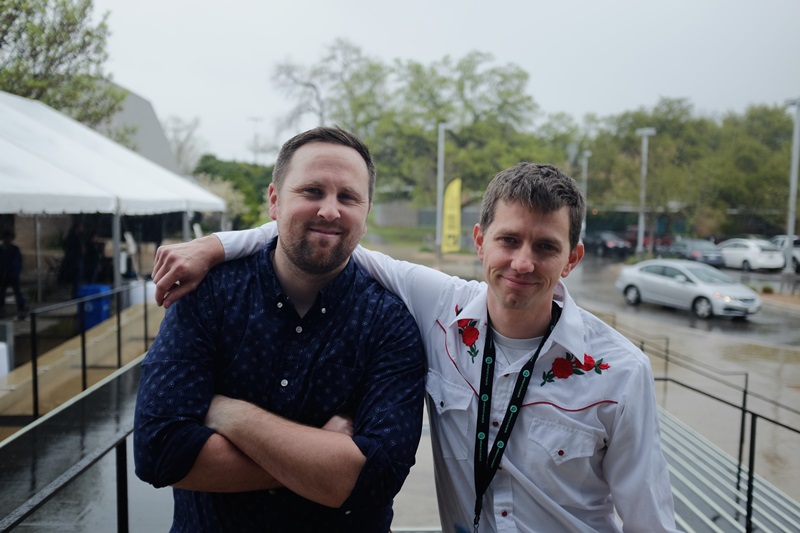 CT: How did the collaboration with Independent Lens and WTTW come about?

SC: We premiered the film at South By Southwest [Film Festival] last year in March. And literally at the premiere screening, I remember Lois Vossen – who kind of runs Independent Lens – she approached us after a screening and said, 'I love the film and I want to talk about acquiring it.' We sold the film about a month after South By Southwest and then worked into that deal was a deal with Independent Lens.

CT: You’ll be at the Cultural Center screening Saturday. How is this film important for Chicagoans right now?

SC: That’s a good question. I don’t pretend to know all the intricate details of Chicago, but I know some of the film’s issues are certainly relevant, especially in bigger cities. I think one of the things that’s probably obvious is the Black Lives Matter movement, which is very important and that’s very important to us. And recognizing the fact that the officer-involved shootings and the militarization of police affects communities of color much more than even the community that we represented in our film.

CT: Along those same lines, the film’s received some criticism for seemingly ignoring race. The film’s fatal police encounters focus on all white victims. Was that a conscious choice?

SC: It certainly wasn’t a conscious choice. There just aren’t that many black people in Utah and it just also happened that the cases Dub followed involved all white people because that’s what he was covering, that’s what he had access to. And this issue of race has come up this whole past year at almost every screening and it’s been surprising how receptive people are. Members of the black community in various cities have responded really well, with many of them saying that it’s good to show that this is happening in white communities, it’s happening everywhere. But, like I said before, we’re also sensitive to the fact that this is happening way more in communities of color.

CT: What’s next for you guys?

SC: I’ve kind of started a film that’s in production already, it’s much, much different. It’s about this interesting filmmaker who’s made around 165 movies and he’s trying to get an A-list star to act in his low-budget fantasy movies and so we’re kind of making a documentary about him making films. Much different than the militarization of police.

CT: Anything else you want people to know about “Peace Officer”?

Exploring the Impact of Fatal Shootings on Cops
Dec. 15: While fatal police-involved shootings have been at the center of many recent news stories, it seems that the voices of officers connected to these incidents aren’t always the loudest.