The curtain is going up on one of the most highly anticipated new theater complexes in the Chicago area, and it’s ready to put on a show. And the show begins outside the building.

Writers Theatre in Glencoe has presented plays for nearly a quarter century in two less-than-ideal-spaces. But the company now has a made-to-order new home designed by Studio Gang Architects' renowned Jeanne Gang, who has fashioned a building as theatrical as anything on its stage. 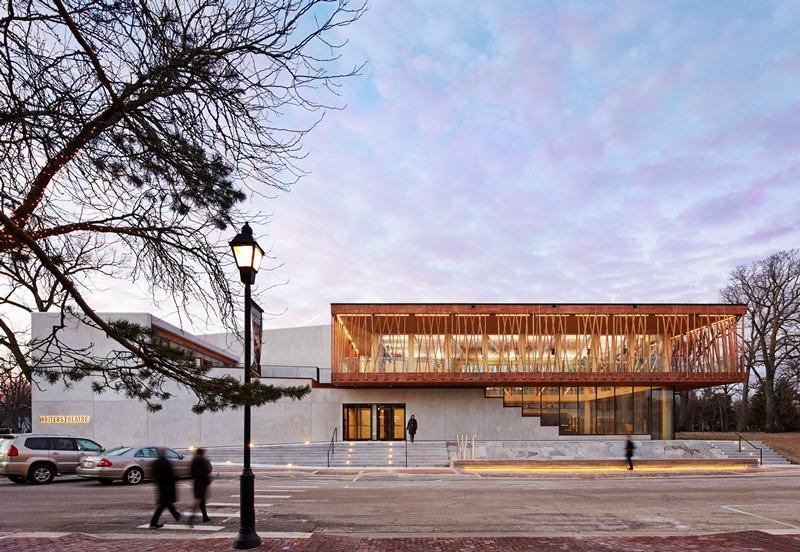 Jeanne Gang, architect: The idea of this was to connect to the street.

Eddie Arruza: As Architect Jeanne Gang surveys her latest completed project, she talks about a concept that's both architectural and theatrical: walls. In theater it's the fourth wall that's missing. And in designing the new Writers Theatre building in Glencoe, Gang says she wanted to eliminate even more barriers. 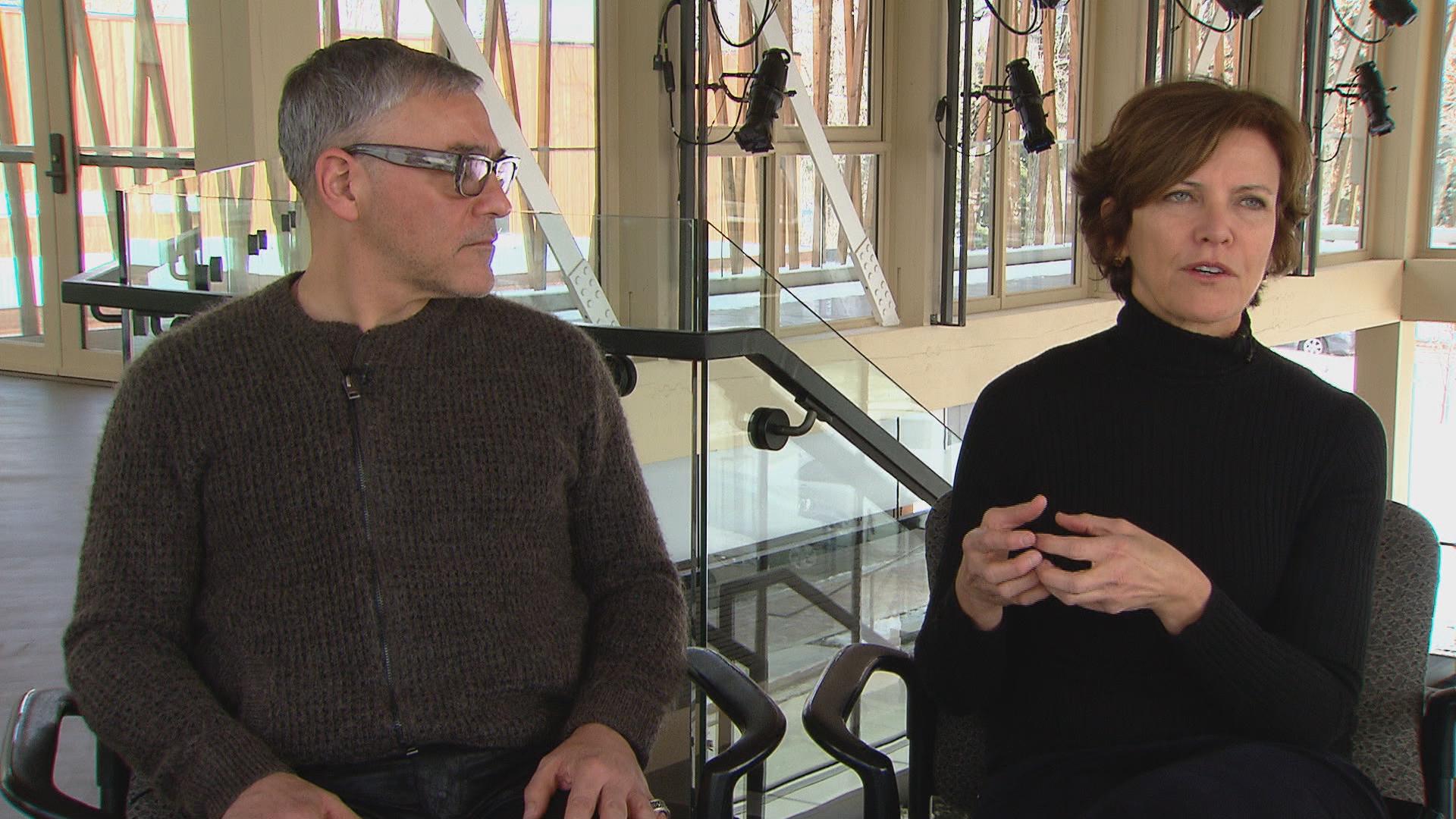 Writers artistic director Michael Halberstam and architect Jeanne Gang. JG: The experience of going to the theater starts before you even get to the door. The real idea that came forward, I think, was trying to make the building be a new community center, not to make the theater something that’s hidden away behind closed doors and walls, and make it feel like you  have to be privileged to go there. It’s really trying to open itself up.

EA: The new $28 million complex is a vast upgrade for a small company that was begun in the North Shore community in 1992. For nearly a quarter of a century, Writers presented highly acclaimed productions at two small venues where facilities for patrons and perfomers were far from ideal.

Michael Halberstam, Writers Theatre artistic director: The spaces that we were working in were really inadequate to the ability of the theater company to survive. We had 50 seats at the bookstore. We had 100 seats over at our former home at the Women’s Club. The infrastructure of the buildings were both literally crumbling. You took your life into your hands if you went to the loo at intermission.

EA: But what once may have seemed like an impossible dream has come true. The new 36,000-square-foot building is an elegant and spacious venue that welcomes visitors into a Greek theater-like lobby that can be used for performances, lectures or even as a town square for community gatherings. The new main stage at Writers Theatre seats 250, a significant increase from the 100 seats of the previous larger theater.

But the goal was to maintain the intimacy that's at the core of the company's productions. 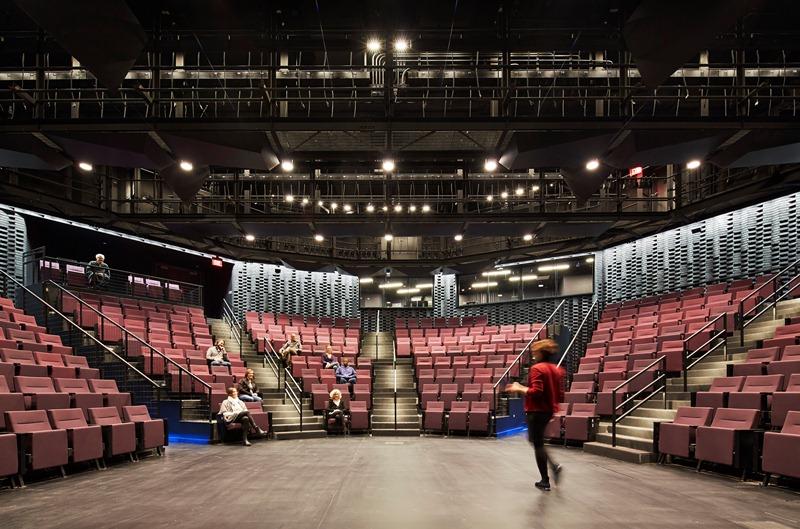 EA: The smaller of the complex's two stages gives a nod to the cramped bookstore where Writers had its beginnings, with a hallway that's been created to look like the old facility. But the new performance space has the flexibility that the bookstore did not. The new theater building was a long time in coming and it ultimately came about with the generosity of some deep North Shore pockets.

Kathryn M. Lipuma, Writers Theatre executive director: We didn’t want to design a building that we couldn’t afford or that we couldn’t get support for, so it was a very deliberate, thoughtful, I think, process that got us to where we are right now. We really reached out to the folks who have supported this company for the last 23-24 years and they really came through. We’ve actually had about 350 families, individuals who’ve contributed to this project supporting the majority of the campaign.

EA: The new theater sits on the former site of the Woman’s Library Club of Glencoe, which still owns the land but is leasing it to Writers Theatre at the rate of $1 a year for the next 99 years.

EA: What were your demands? What was your input in this, Michael? How demanding was he, Jeanne? Spill the beans.

MH: Was I a demanding client? It was terrible.

JG: Pretty demanding [laughs]. Not in a terrible way, it’s always a pleasure but very involved. That’s what makes great architecture – is when the owner and the client is very involved so you can really get the feedback, and he made time to be there for all the decisions. 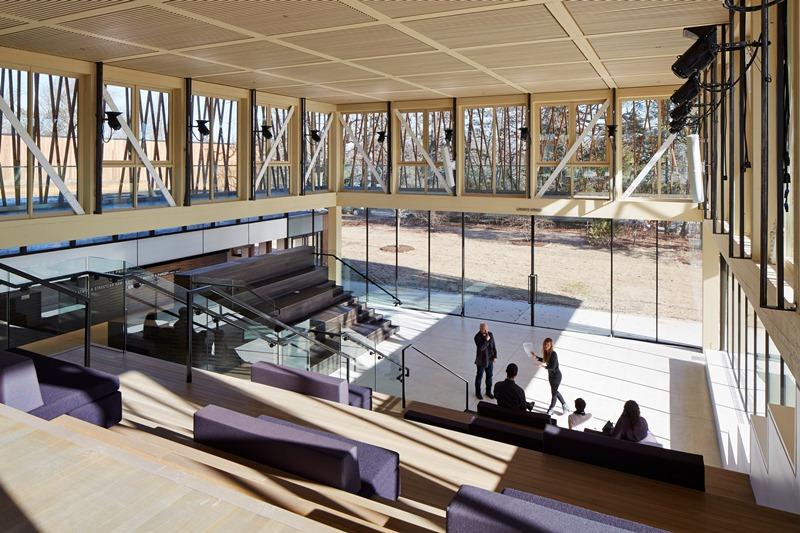 EA: Among the building's architectural delights, there's an outdoor walkway that surrounds the second floor where visitors can take a stroll in good weather. A VIP lounge gives patrons of the theater a space where their beneficence is rewarded. But perhaps most significantly, many of the materials Gang employs are repurposed or environmentally friendly.

JG: Basically our work is always had this environmental ethos. Though we were taking down a building here, we wanted to repurpose some of the materials. We found we could reuse the brick. We used also wood—wood is a really great renewable resource like Doug fir which is really great to span long distances and then we are using port orford cedar—these battens that hold up the walkway around the theater.

EA: Last month the theater got a trial run during a grand opening gala when dozens of performers who’ve worked at Writers Theatre over the last two and a half decades joined in song.

By the looks of it, Writers Theatre might have a new and open-ended hit on its hands.

Writers Theatre's production of "Arcadia" opens tonight and continues through May 1. For ticket prices and additional information, visit the theater's website. 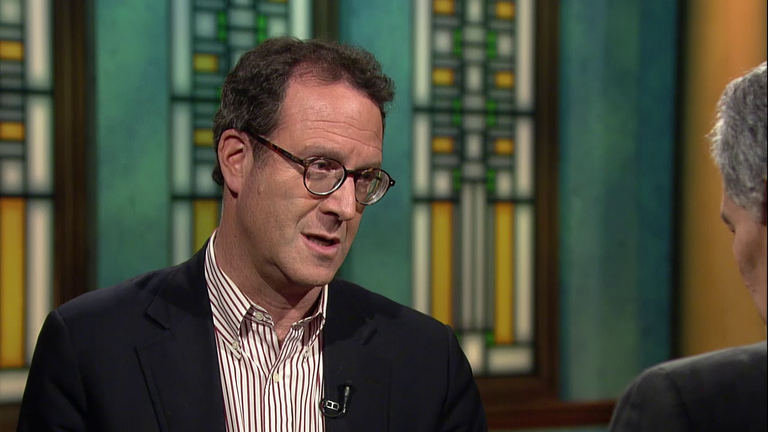 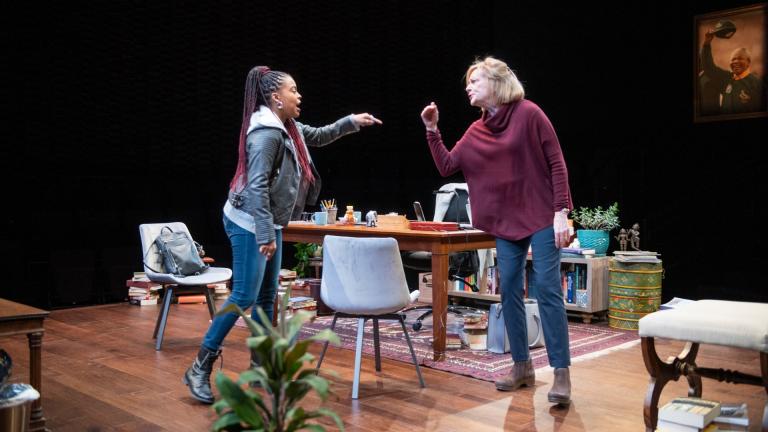 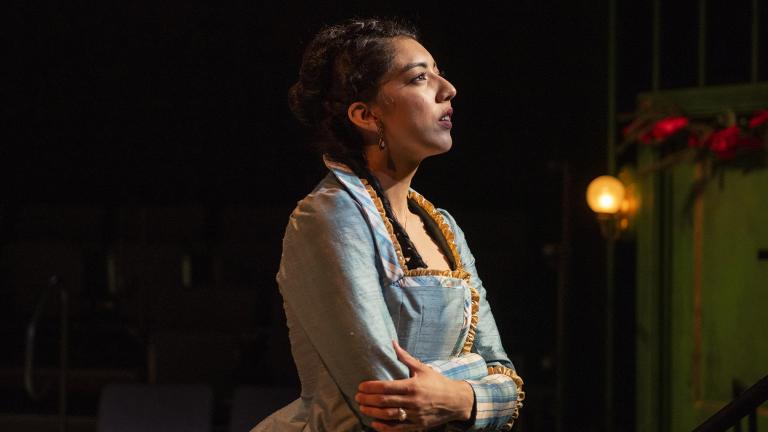 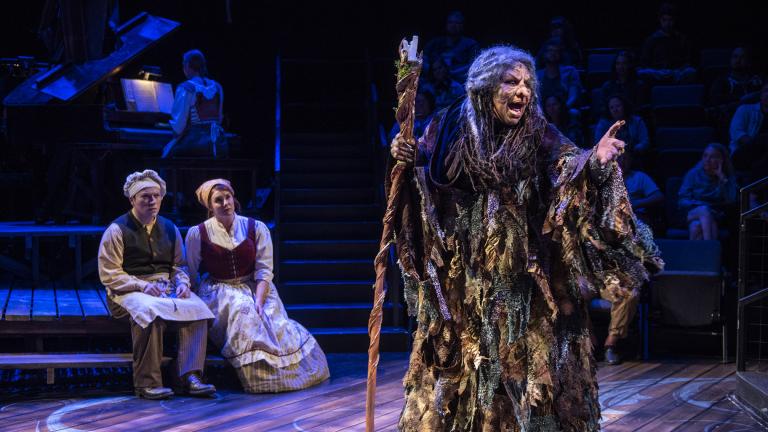 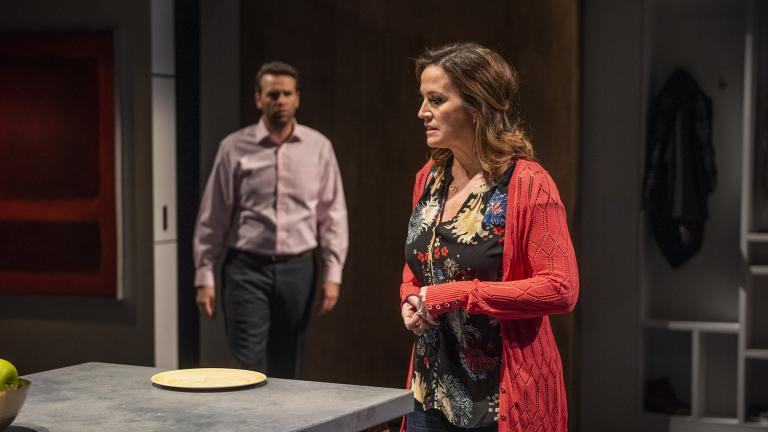 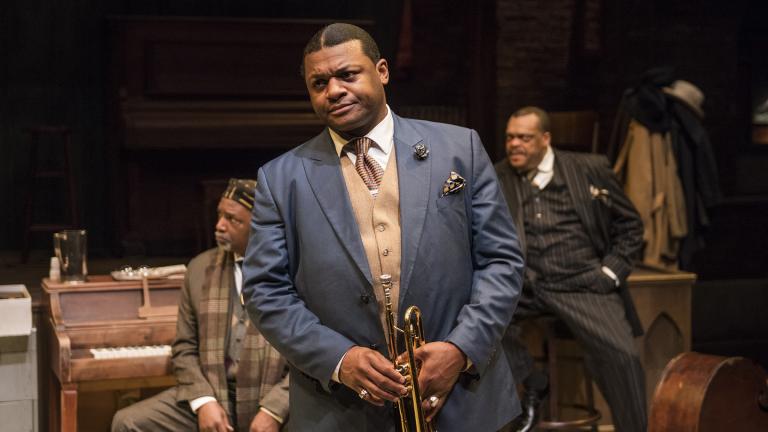 Actors Play the Music of August Wilson’s Dialogue in ‘Ma Rainey’s Black Bottom’
Watch and Listen Anywhere, Anytime
Like us Follow us