Western-Belmont Flyover to be Demolished

Improvements to Start in February, Wrap Up Summer 2017

The city of Chicago has undertaken a number of major road projects in recent years but one of the most transformative in recent memory is about to get underway. It involves the demolition of an iconic viaduct that for decades has kept traffic flowing over a busy intersection on Western Avenue. But while the city says the plan will improve traffic flow, the project has its share of skeptics. Eddie Arruza has the story.

Eddie Arruza: It's not the most beloved of Chicago landmarks. And it's definitely not the most attractive. But it is an iconic feature on North Western Avenue that has kept tens of thousands of cars and trucks moving through a major intersection every day. The city, however, says the viaduct that flies over Belmont and Clybourn served its purpose for many years and now it's time for it to go. 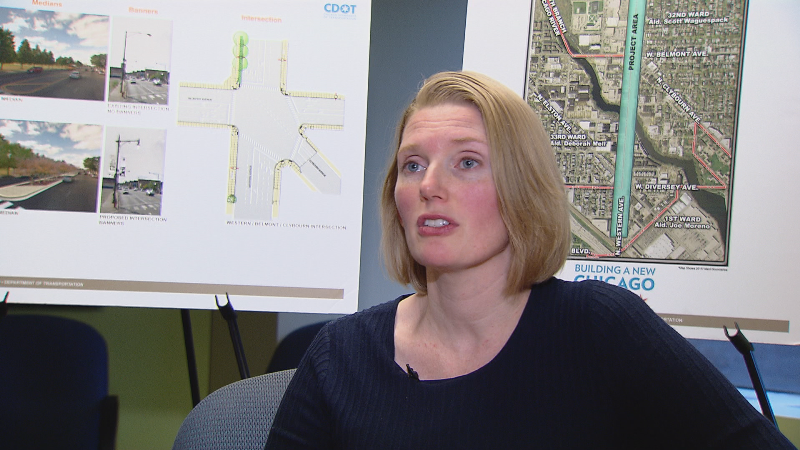 Rebekah Scheinfeld Rebekah Scheinfeld, Chicago Department of Transportation Commissioner: This structure is past its useful life. It is one of three such overpasses that were built in the ‘60s by the city and the other two are already demolished. Those were at Ashland and Pershing, and Ashland and Archer. This is past its useful life and so we need to address it from its structural condition.

EA: And its structural condition is visibly bad: crumbling concrete, exposed and rusting rebar and an only marginally-maintained roadway that's under daily assault by around 50,000 vehicles. For decades the city made piecemeal repairs to the viaduct. And now after several years of delays, the Chicago Department of Transportation says the flyover will soon be flying no more.

RS: We've determined that with modern design and traffic signal technology we can achieve similar capacity and the same traffic movement through those intersections by using an at-grade street design.

EA: In other words, traffic will be brought back down to earth. The city's plan will recreate the five-way intersection at Belmont, Western and Clybourn. The removal of the viaduct will add lanes around the confluence of the three major streets. To maintain the traffic flow on Western Avenue, the city says traffic signals will be timed to keep vehicles moving along the more than one-mile stretch from just north of Addison Street down to Logan Boulevard. Ald. Scott Waguespack's 32nd Ward covers the eastern half of the viaduct and he's been hearing from his residents.

Ald. Scott Waguespack: Initially, some people were really upset. They looked at it as a time saving measure. We looked at it as a safety issue and really trying to make it more pedestrian friendly. Yes, we're removing the 15 seconds you might save by flying over the bridge, but looking at improvements from Diversey up Western past Addison. 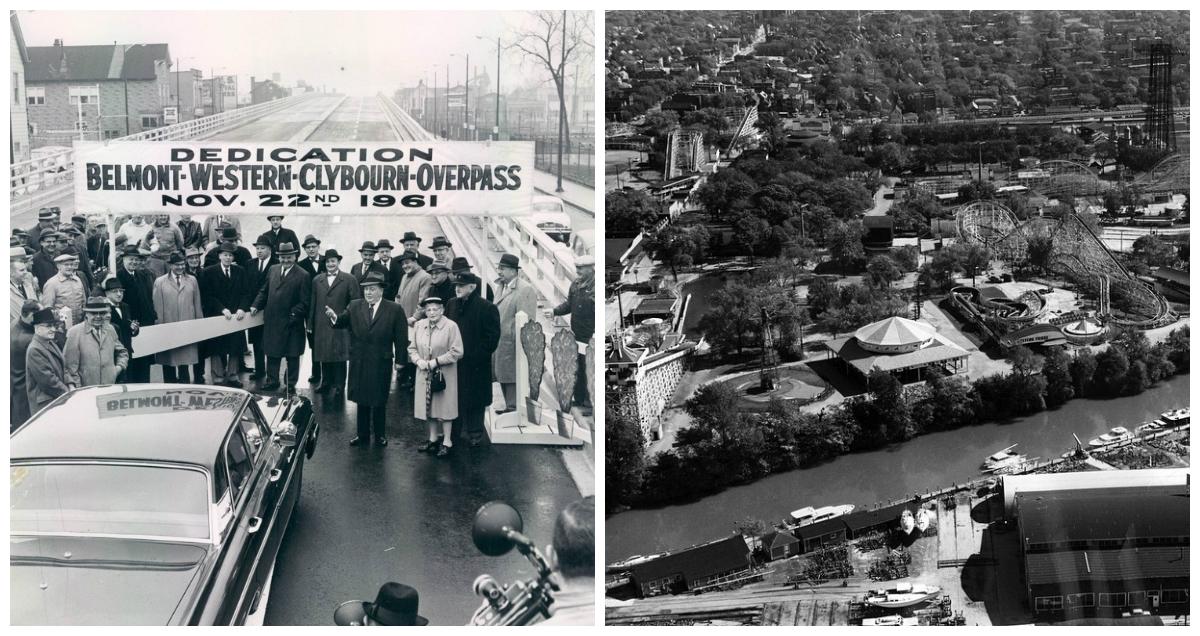 EA: The viaduct was constructed in the early 1960s. Mayor Richard J. Daley inaugurated it to ease vehicular and pedestrian congestion caused by the adjacent Riverview Park. The viaduct can be seen in the upper right hand corner in this vintage photo of the beloved amusement park. Riverview closed in 1967, but the overpass lived on. And even back in the day some area residents and businesses considered it something of a very light version of the Berlin Wall—an ugly structure that divided a community.

RS: We'll be reconnecting the fabric of the neighborhood that is currently divided by the wall of that viaduct along Western. There'll be new lighting, wider sidewalks, a planted median.

EA: But more importantly, the city insists the new design is going to improve traffic conditions in the area.

RS: We'll have three lanes of traffic in each direction during the peak and two lanes in the off-peak with a parking lane. So we think this will be better for the community, for economic development, and we'll still be able to move the same number of cars through at similar or faster speeds with our current design standards.

EA: Commenters to a recent DNAinfo story on the city's plan are divided on it. Some are eager to see the viaduct go:

“Kill it with fire!”

But opponents have this to say:

“They need to re-route Clybourn if they go through with this.”

“How exactly would traffic "flow better" by introducing two more flows of cars and trucks into the five street intersection? Only people who don't think critically about anything they are told could believe this.”

“Rebuild it. Traffic is bad enough on Western and Belmont as it is. Taking down the viaduct will only make it much worse.”

But to rebuild the viaduct, the city says it would need to meet modern construction guidelines that require widening it and that would be more expensive than the current plan. It would also mean a number of businesses and residents would be displaced through eminent domain. The current price tag is $25.5 million—most of it federal and state money, but more than $700,000 in TIF funds has been tapped. The cost includes the purchase of three properties—two of which were vacant.

One aspect of the project that is unequivocal is that it will cause more than a few traffic headaches throughout its 18-month construction period. For at least nine days during demolition scheduled for next month, the intersection will be closed entirely. 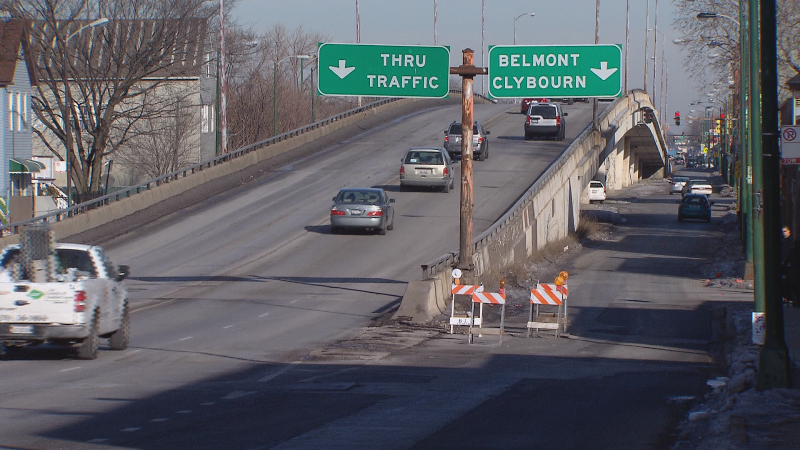 The city says the viaduct, built in the 1960s, is crumbling and no longer meets structural standards.

RS: The first six months we will have one lane of traffic in each direction open at a minimum and then two lanes in each direction for the remainder of the year of the project, if not three during the rush at some portions of the project. We'll be providing the public with several weeks’ notice of the specific date when we'll be closing the viaduct in February, and we'll issue traffic alerts and provide information at the beginning, and throughout the life of the project, through our community engagement process, which works very closely with the three aldermen of the impacted areas.

EA: For the tens of thousands of motorists who travel in and around the area every day, it's a good idea to start developing your alternate plans now. 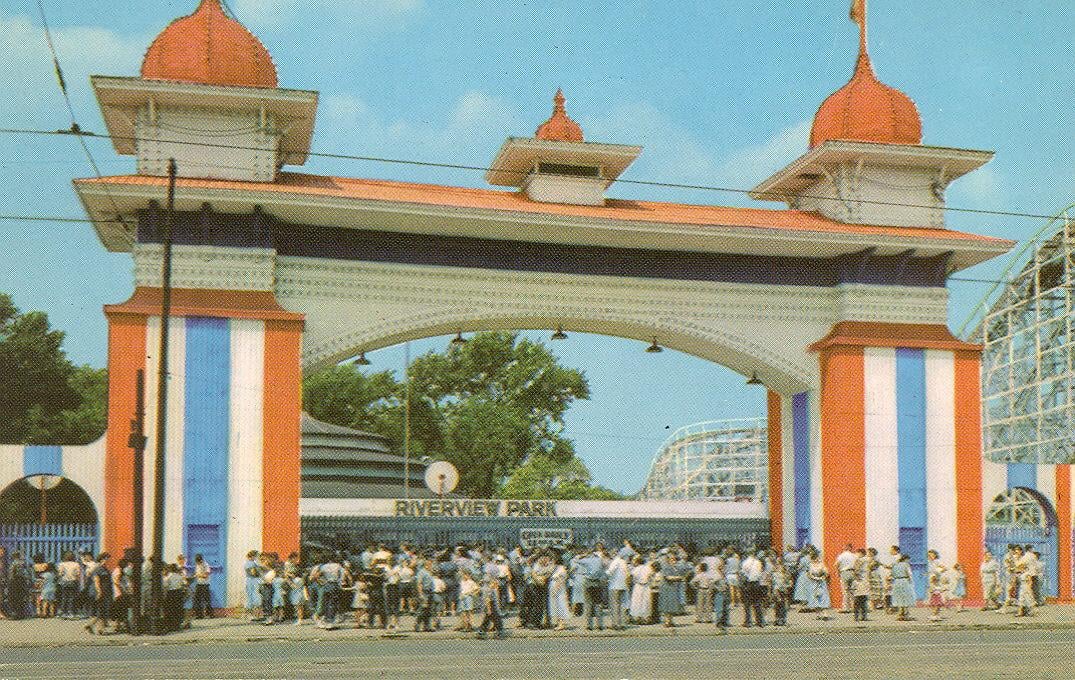 The viaduct was orginally built to ease traffic congestion around Riverview Park, which closed in 1967. 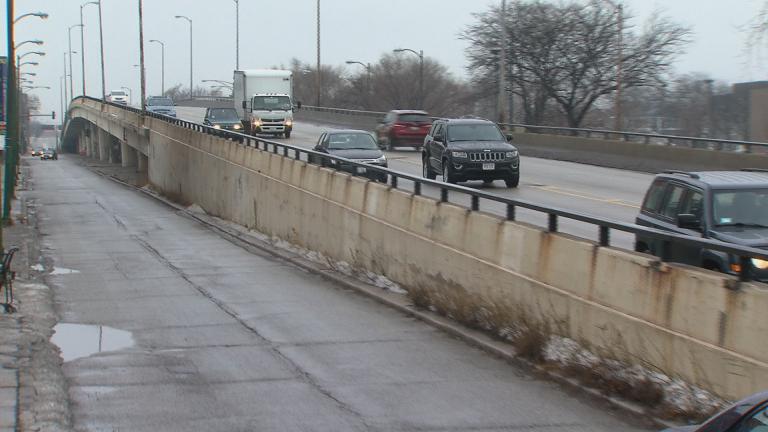