Ask Geoffrey: The Story Behind the Illinois and Michigan Canal

A little-known waterway built in the 1830s allowed Chicago to grow not once, but twice! Hear the story of the crucial canal that you may never have heard of, and the story behind one of the South Side's best known public works of art in tonight's edition of Ask Geoffrey.

Could you please explain why and when the Illinois and Michigan Canal went out of use?

It’s amazing to consider that that most people have never heard of the Illinois and Michigan Canal, even though it is pretty much the reason Chicago became one of the great cities of the world. But for this canal, Chicago would probably be like Galena or the Quad Cities today, or perhaps even smaller. 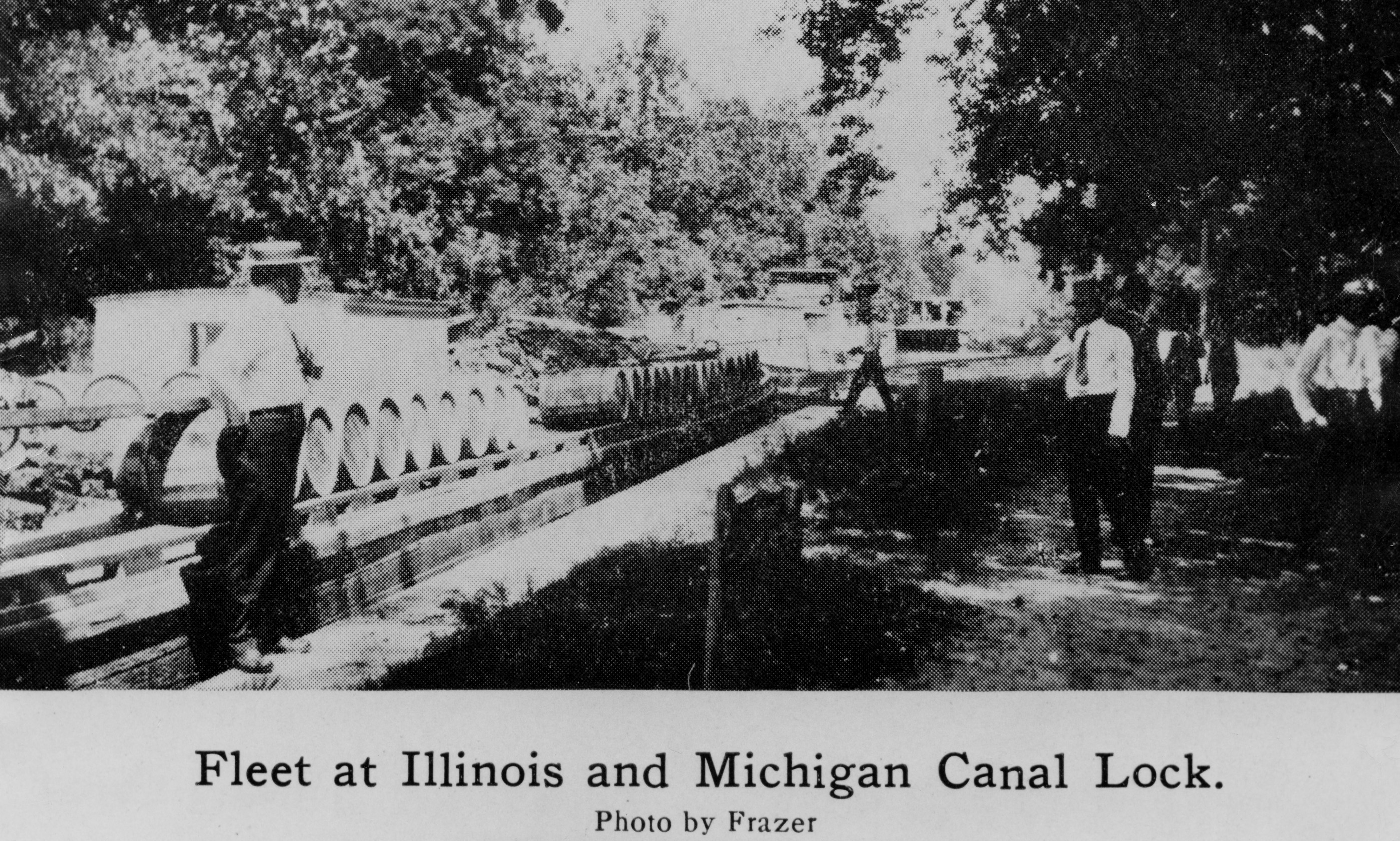 The canal connected the Great Lakes to the Mississippi via the Chicago River. Much of that route is now the Stevenson Expressway through the southwest suburbs.

To understand the canal, let’s go back to 1673. The explorers Jacques Marquette and Louis Joliet are desperately paddling north on the Mississippi River, eager to return home to Michigan before winter sets in. The Native Americans showed them a shortcut.

The Indians led the explorers up the Illinois River and the Des Plaines River until they reached a muddy portage located about where the southwest suburb of Lyons is today. They slogged across that portage to the Chicago River and from there it was an easy paddle to Lake Michigan.

Joliet could see right away that if a canal were dug across that soggy stretch of land, it would create an uninterrupted waterway all the way from the East, through the Great Lakes to the Gulf of Mexico. But America wasn’t a country yet, so there was no real interest in building the canal.

Flash forward about 150 years to the early 1800s. The U.S. government wants to develop the interior of the country, so the canal idea is dredged up. Ground was broken on July 4, 1836 near today’s Bridgeport. Canal commissioner William B. Archer (as in Archer Avenue), turned the first shovel of earth. It would take 12 years to finish the canal. Many immigrant workers including lots of Irish, died digging the canal with picks, shovels and primitive explosives.

The canal opened in April 1848, and the little frontier town of Chicago became the hub of the most important inland trade route in the country. Soon it was the fastest growing city in the world. For the next thirty years, millions of tons of bulk commodities traveled up and down the canal. The canal was so successful that it surprised naysayers by paying off its debt!

Soon, another kind of transportation progress that doomed the canal: as Chicago grew into the nation’s railroad hub, the canal fell into disrepair and was used mainly by pleasure boaters. But its rebirth was already in the works.

Construction began in the late 1800s on a new and much deeper canal following the same path as the old Illinois and Michigan Canal. That new canal wasn’t built for shipping. It was built to divert Chicago’s sewage away from Lake Michigan and send it down the Mississippi instead. When it opened, it actually reversed the flow of the Chicago River.

Eventually the canal was opened for shipping and today the Chicago Sanitary and Ship Canal is still very much in use for barges and, yes, wastewater.

Fragments of the old I&M Canal still exist and many old canal buildings have been restored in the southwest suburbs and farther along the old route. 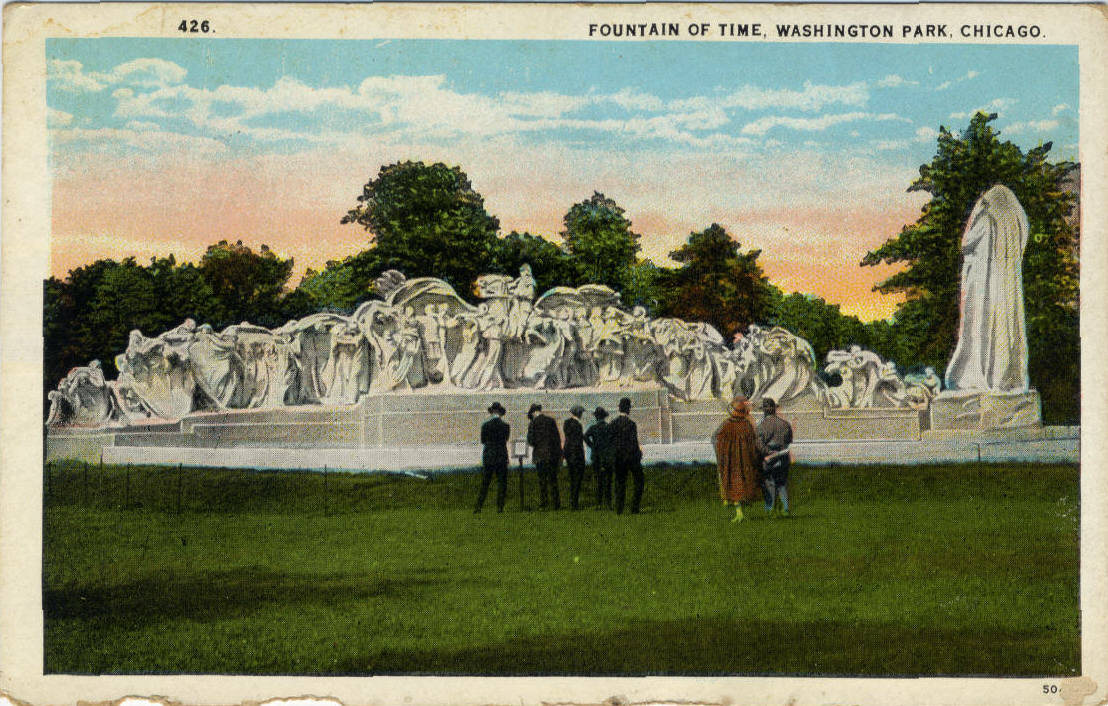 My question concerns Lorado Taft's 'Fountain of Time' sculpture in Washington Park. It appears to have a few different sections. I was wondering if those sections are referred to separately, and are any of the faces someone we might know of?

The panoramic Fountain of Time, which sits at the west end of the Midway at 60th and Cottage Grove, is one of the South Side’s, and really Chicago’s, best known public works of art. 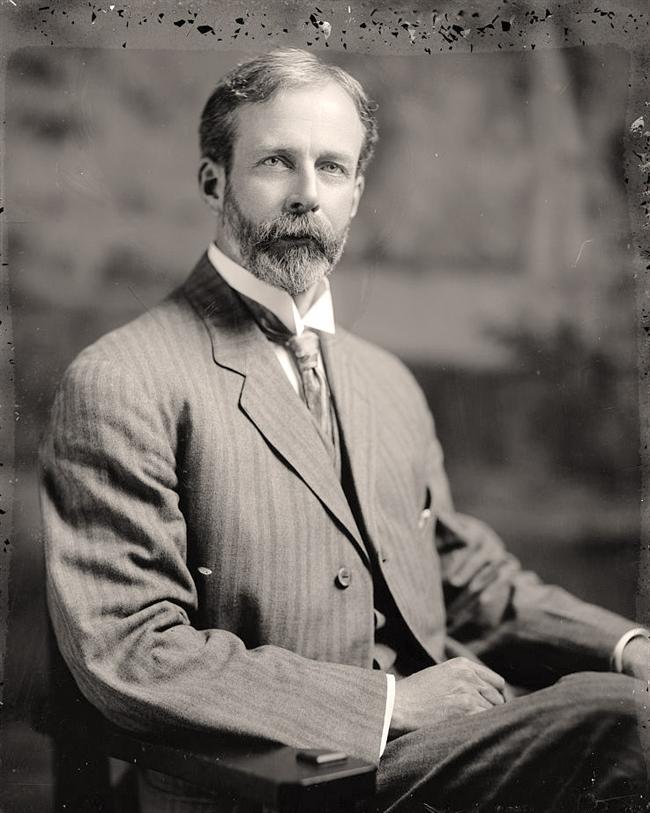 Lorado Taft It was the work of Illinois native Lorado Taft, consisting of 100 human figures who represent the phases of life as watched over by a 26-foot-tall figure of Father Time across a reflecting pool. Taft drew his inspiration from the poem “Paradox of Time” by Henry Austin Dobson, which reads "Time goes, you say? Ah no, alas, time stays, we go."

To answer the question, we checked with Chicago Park District historian Julia Bachrach, who pointed us to an account written by one of Taft’s students. No mention is made of specific sections. Taft himself described the work this way: “I saw it ... made up of the shapes of hurrying men, women and children in endless procession ... here an overtaxed body falls, and the place is vacant for a moment; there a strong man turns to the silent shrouded reviewer, and with lifted arms, utters the cry of the old-time gladiators – ‘Hail Caesar! We who go to our death salute thee!’ – and presses forward.”

Only one familiar face appears in the throng: Taft himself. He appears on the back of the fountain. Most of the rest of the figures were based on unidentified models, many of them his students, but no one famous. However, there are four figures that are modeled on people close to the sculptor himself. One is right behind Taft’s figure, a man carrying a bag.

This was Taft’s assistant who joined Taft on trips to quarries. Toward the middle of the procession in the front, three girls huddle under cloaks. Taft modeled these figures on his three daughters. One of those girls, his daughter Emily, went on become a U.S. Representative. She was married to Sen. Paul Douglas, who is perhaps best known for saving the Indiana Dunes.

Not even the Fountain of Time escaped the time’s ravages. Taft originally wanted it to be made from marble or bronze, but both were too expensive, so he settled on concrete—which cracked and deteriorated over the years. But in 2007 after a $2 million restoration, the basin was filled with water for the first time in more than 50 years.