Dark matter is elusive stuff: we can't see it, but it's believed to make up 85 percent of all matter in the universe and without it we almost certainly wouldn't be here. Particle physicist, Harvard University professor and New York Times bestselling author Lisa Randall joins us to discuss her new book "Dark Matter and the Dinosaurs: The Astounding Interconnectedness of the Universe."

Randall's book explores a scenario in which a disk of dark matter is held responsible for nudging an asteroid that would make a significant impact—literally and figuratively—on the Earth's history.

What is dark matter?

“Dark matter really is just that—it’s matter that doesn’t interact with light,” Randall explained. “It’s actually not dark—dark stuff you can see because it absorbs light. Dark matter is transparent—light goes right through it. So, although we don’t touch, see, or feel dark matter, we actually know it’s there because of the gravitational influence on stars and other objects.”

“We know that it exerts gravitational influence, we know that there’s about five times as much energy in dark matter as there is in ordinary matter, but we know very little about it,” said Randall. “We know it has very little interactions, we know it doesn’t interact a lot with ordinary matter or with itself, but we don’t know what it is at a fundamental level. What precisely the nature of what dark matter is, is speculation, but its existence is pretty well-established." 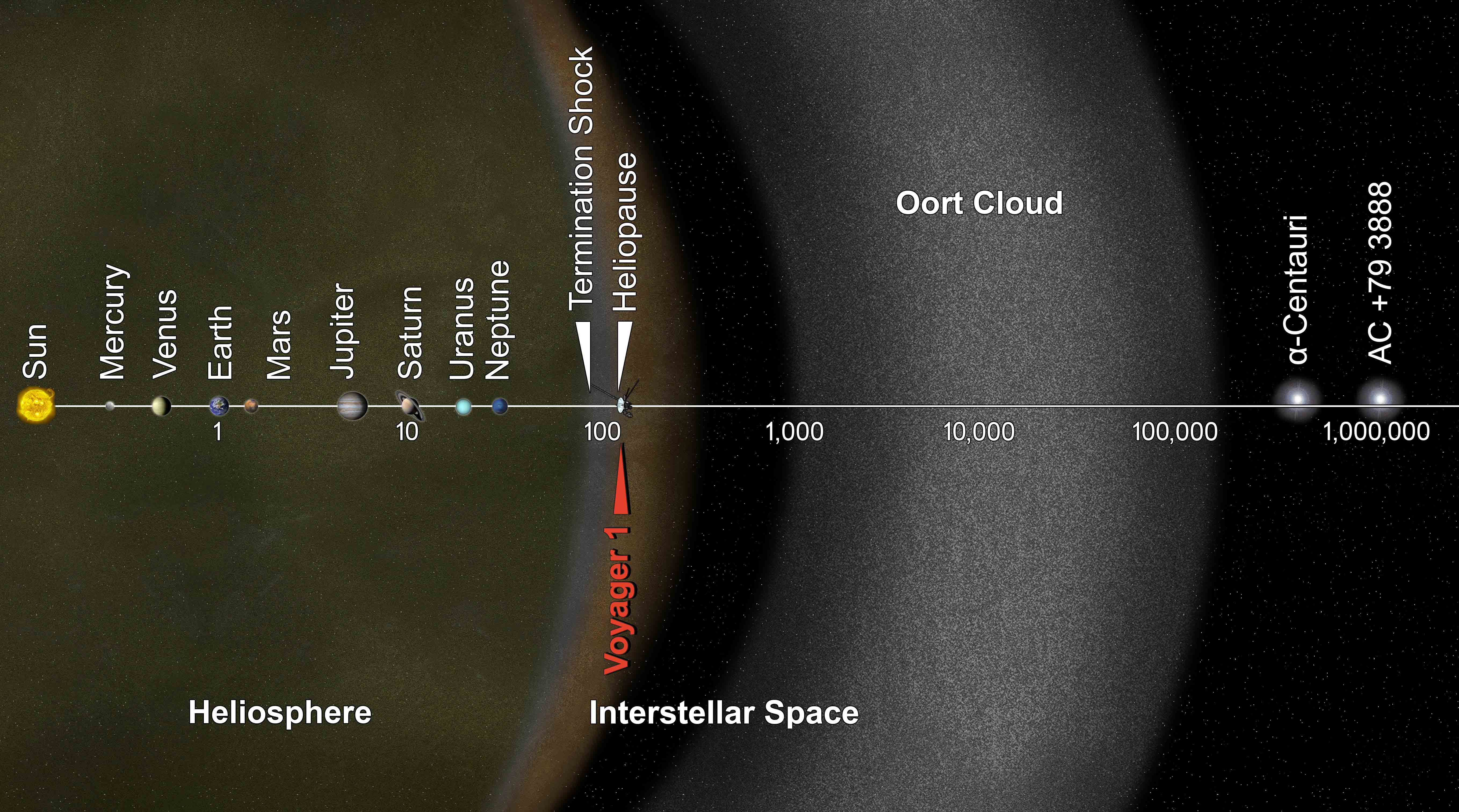 An artist's impression shows the far distance between the Sun and the Oort Cloud.

The connection between dark matter, the Oort cloud and the extinction of dinosaurs

“Thousands of times farther away than the Earth is from the sun is the Oort cloud, which is the source of long period comets,” Randall said. “And this is hypothetical, because we haven’t actually seen the Oort cloud directly, because it’s so far away, but we can infer its existence because of long period comets. There’s some pretty solid footing that a big impact happened 66 million years ago. We don’t know for sure if it’s an asteroid or a comet, but our hypothesis is that it is a comet.

“The idea is that stuff from the Oort cloud is very far away, which means that stuff there is very weakly gravitationally bound to the sun. So if you were to kick it, or give it some other kind of force, you could dislodge something. And our hypothesis is that a disc of dark matter, that is to say, a flat plane of dark matter embedded in our Milky Way disc, could dislodge comets from the Oort cloud every time the solar system passes through. The solar system orbits the galaxy every 240 million years, but as it does so it bobs slightly up and down through the plane of the Milky Way, which happens about every 30 to 35 million years.”

An artist’s impression of the solar system going up and down through the plane of the Milky Way.

Dark matter: Then and now

“Dark matter was essential to the structure of the universe, and by structure I mean things like galaxies,” Randall said. “Without galaxies, you would never have the Milky Way, you would never have stars form. Today it’s basically keeping our galaxy together. It might be a little bit of circular reasoning, but the speed at which the stars are going around in our Milky Way galaxy is associated with how much stuff there is that’s pulling on it gravitationally. So if there weren’t dark matter and you had stars going as fast as they are, they would just fly away. So basically dark matter is there holding the galaxy together as stuff moves around within the galaxy.” 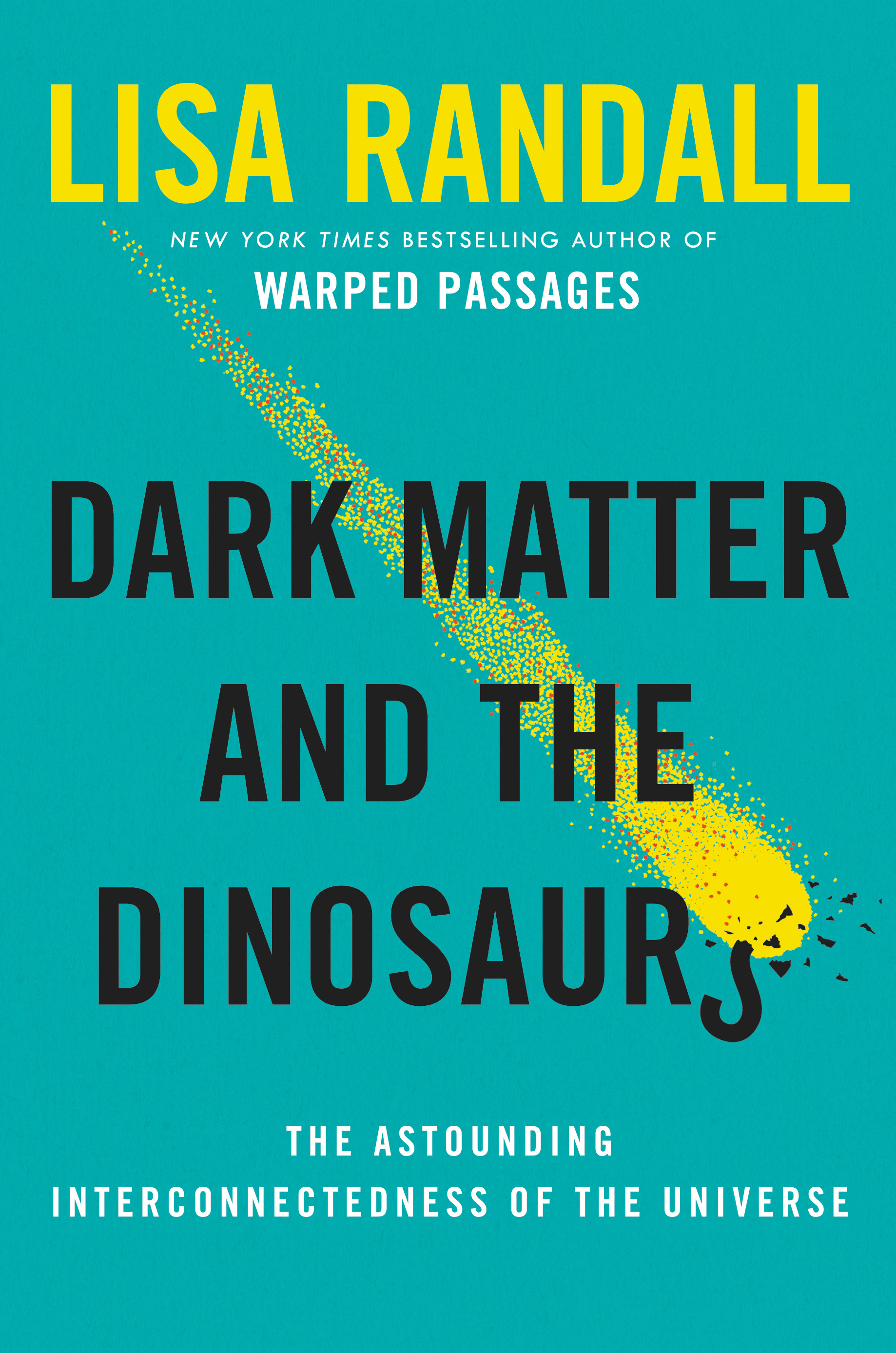 “Dark matter” and “dinosaurs” are words you rarely hear together except perhaps in the playground, a fantasy gaming club, or some not-yet-released Spielberg movie. Dark matter is the elusive stuff in the Universe that interacts through gravity like ordinary matter, but that doesn’t emit or absorb light. Astronomers detect its gravitational influence, but they literally don’t see it. Dinosaurs, on the other hand … I doubt I need to explain dinosaurs. They were the dominant terrestrial vertebrates from 231 to 66 million years ago.

Though both dark matter and dinosaurs are independently fascinating, you might reasonably assume that this unseen physical substance and this popular biological icon are entirely unrelated. And this might well be the case. But the Universe is by definition a single entity and in principle its components interact. This book explores a speculative scenario in which my collaborators and I suggest that dark matter might ultimately (and indirectly) have been responsible for the extinction of the dinosaur.

Paleontologists, geologists, and physicists have shown that 66 million years ago, an object at least ten kilometers wide plummeted to Earth from space and destroyed the terrestrial dinosaurs, along with three-quarters of the other species on the planet. The object might have been a comet from the outer reaches of the Solar System, but no one knows why this comet was perturbed from its weakly bound, but stable, orbit.

Our proposal is that during the Sun’s passage through the midplane of the Milky Way—the stripe of stars and bright dust that you can observe in a clear night sky—the Solar System encountered a disk of dark matter that dislodged the distant object, thereby precipitating this cataclysmic impact. In our galactic vicinity, the bulk of the dark matter surrounds us in an enormous smooth and diffuse spherical halo. 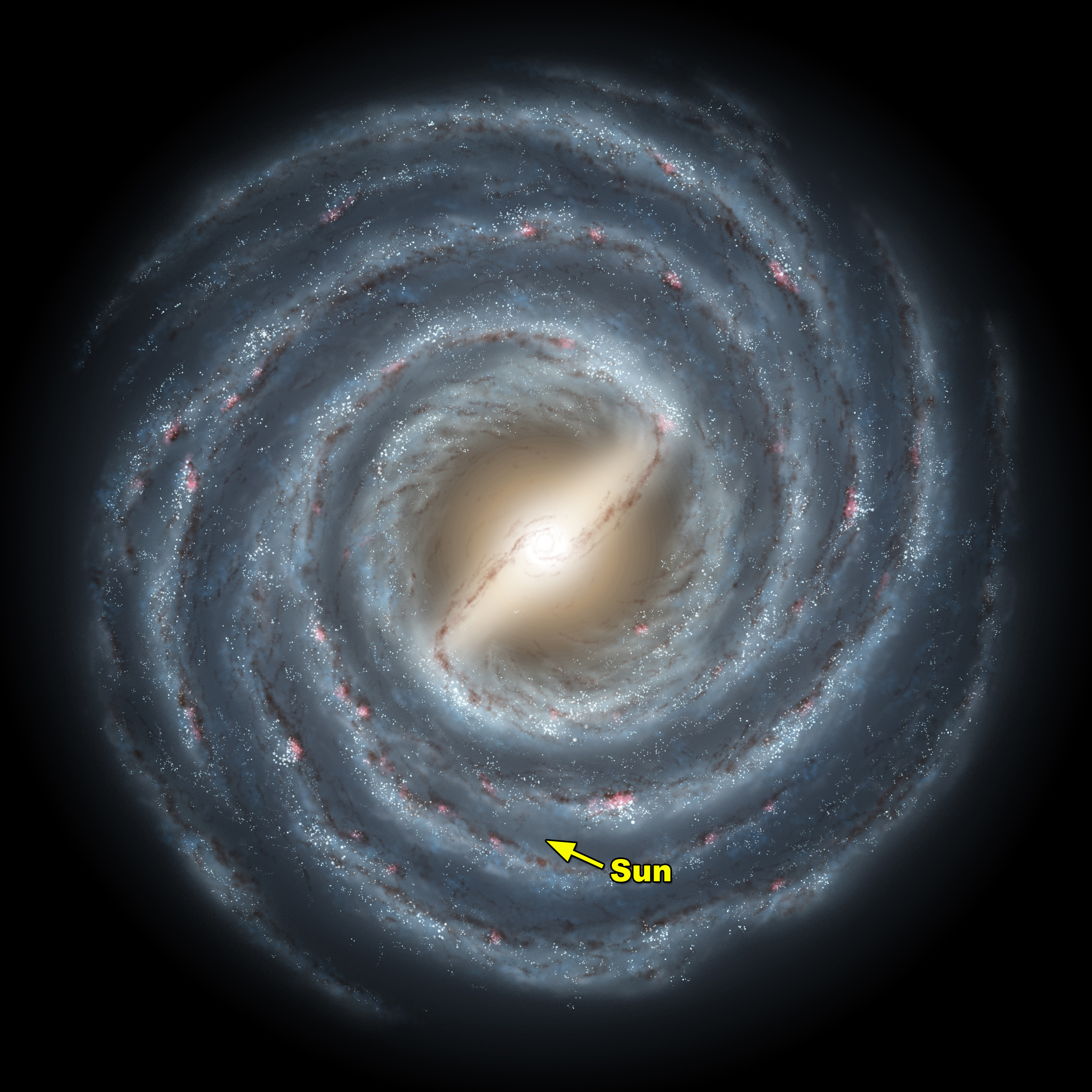 An artist's impression illustrating the position of the Sun and our solar system within the Milky Way.

I’ll tell you right up front that I don’t yet know if this idea is correct. It’s only an unexpected type of dark matter that would yield measurable influences on living beings (well, technically no longer living). This book is the story of our unconventional proposal about just such surprisingly influential dark matter.

But these speculative ideas—as provocative as they might be—are not this book’s primary focus. At least as important to its content as the story of the dinosaur-destroying comet are the context and the science that embrace it, which include the far better established frameworks of cosmology and the science of the Solar System. I feel very fortunate that the topics I study frequently guide my research toward big questions such as what stuff is made of, the nature of space and time, and how everything in the Universe evolved to the world we see today. In this book, I hope to share a lot of this too.

In the research that I will describe, my studies led me down a path where I started thinking more broadly about cosmology, astrophysics, geology, and even biology. The focus was still on fundamental physics. But having done more conventional particle physics all my life—the study of the building blocks of familiar matter such as the paper or screen on which you’re reading this—I’ve found it refreshing to probe into what is known—and what soon will be known—about the dark world too, as well as the implications of basic physical processes for the Solar System and for the Earth.

"Dark Matter and the Dinosaurs" explains our current knowledge about the Universe, the Milky Way, the Solar System, as well as what makes for a habitable zone and life on Earth. I’ll discuss dark matter and the cosmos, but I will also delve into comets, asteroids, and the emergence and extinction of life, with special focus on the object hat fell to Earth to kill off the terrestrial dinosaurs—and a lot of the rest of life here. I wanted this book to convey the many incredible connections that got us here so we can more meaningfully understand what is happening now. When we think about our planet today, we might also want to better understand the context in which it developed. 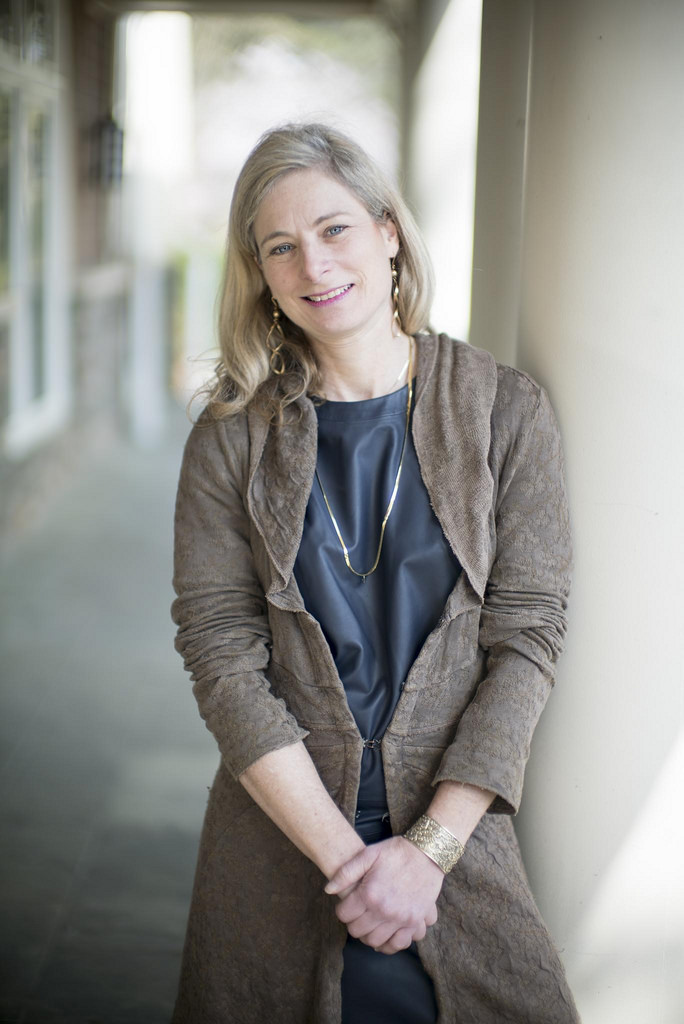 When I started concentrating on the concepts underlying the ideas in this book, I was awe-struck and enchanted not only by our current knowledge of our environment—local, solar, galactic, and universal, but also by how much we ultimately hope to understand, from our random tiny perch here on Earth. I also was overwhelmed by the many connections among the phenomena that ultimately allow us to exist. To be clear, mine is not a religious viewpoint. I don’t feel the need to assign a purpose or meaning. Yet I can’t help but feel the emotions we tend to call religious as we come to understand the immensity of the universe, our past, and how it all fits together. It offers anyone some perspective when dealing with the foolishness of everyday life.

This newer research actually has made me look differently at the world and the many pieces of the Universe that created the Earth—and us. Growing up in Queens I saw the impressive buildings of New York City, but not so much of nature. What little nature I did see was cultivated into parks or lawns—retaining little of the form it took before humans arrived. Yet when you walk on a beach, you are walking on ground up creatures—or at least their protective coverings. The limestone cliffs you might see on a beach or in the countryside are composed of previously living creatures too, from millions of years in the past. Mountains arose from tectonic plates that collided, and the molten magma that drives these movements is the result of radioactive material buried near the core of the Earth. Our energy came from the Sun’s nuclear processes—though it has been transformed and stored in different ways since those initial nuclear reactions occurred. Many of the resources we use are heavier elements that came from outer space, which were deposited on the Earth’s surface by asteroids or comets. Some amino acids were deposited by meteoroids too—perhaps bringing life—or the seeds of life—to Earth. And before any of this happened, dark matter collapsed into clumps whose gravity attracted more matter—which eventually turned into galaxies, galaxy clusters, and stars like our Sun. Ordinary matter—important as it is to us— does not tell the whole story.

Although we might experience the illusion of a self-contained environment, every day at sunrise and every night when the Moon and the far more distant stars come into view, we are reminded that our planet is not alone. Stars and nebulae are further evidence that we exist in a galaxy that resides within a far larger Universe. We orbit within a Solar System where the seasons remind us further of our orientation and placement within it. Our very measurement of time in terms of days and years signifies the relevance of our surroundings.