“It is very much a story about early American art,” said SAIC professor Lisa Wainwright. “I think you’re gonna see some of the classic traditions that one could find in New York, for instance. But Chicago is incredibly pluralistic in its artistic expression and that’s what distinguishes us from the East Coast, I would argue—and maybe the West Coast. So this show reflects that pluralism. There’s figurative work, there’s abstract work, there’s landscape—that’s the Chicago story. We’re not committed to any one particular form of expression.” 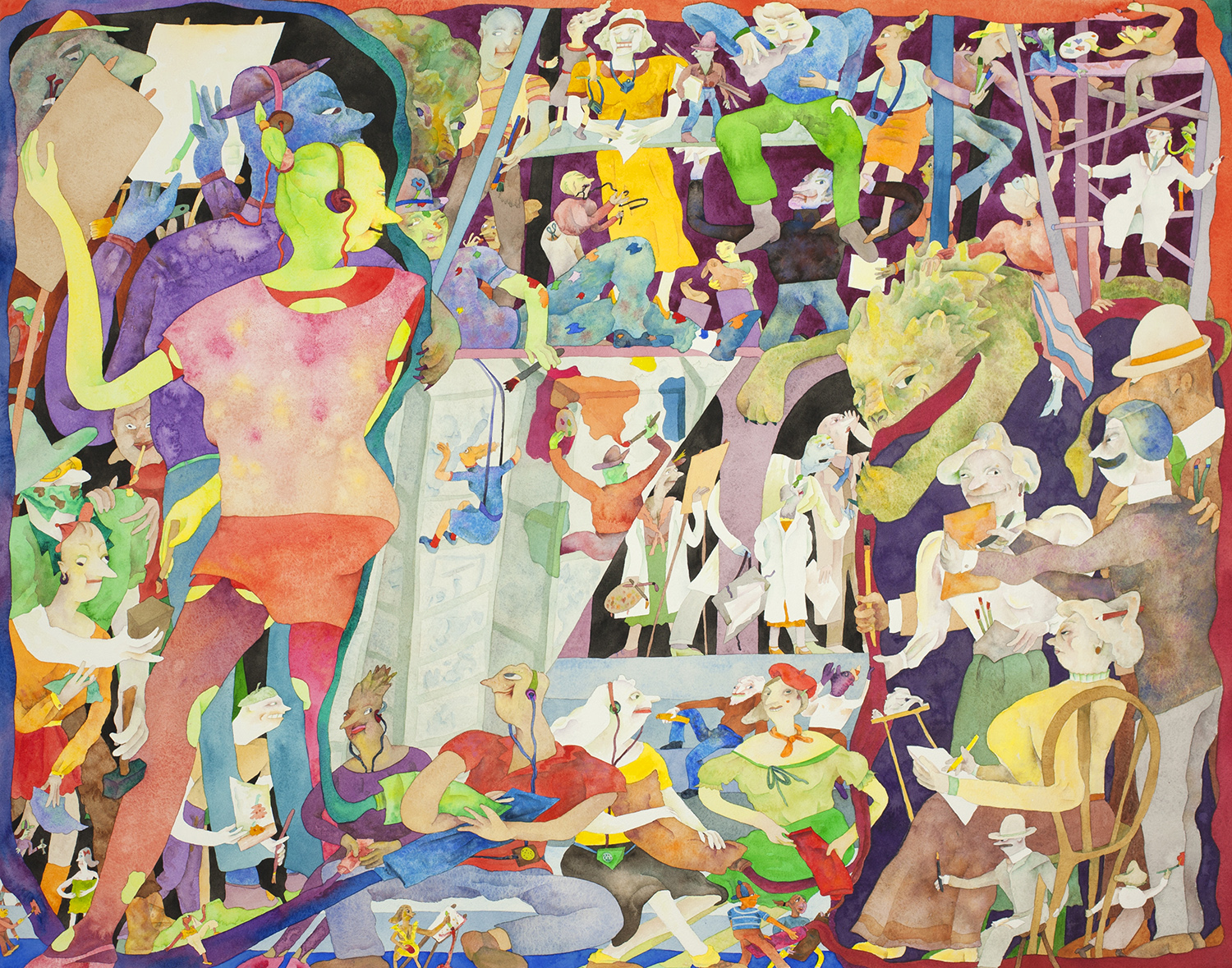 Some of that “pluralism” involves artists that include Margaret Burroughs, co-founder of the DuSable Museum, and the Imagist master Ed Paschke.

Most of the works are on paper, not canvas. There are works by Works Progress Administration (WPA) artists of the 1930s; pop artist Claus Oldenberg is represented by an unusual drawing; and artist LeRoy Neiman’s personal sketchbook offers a snapshot of Oak Street beach in the 1950s. 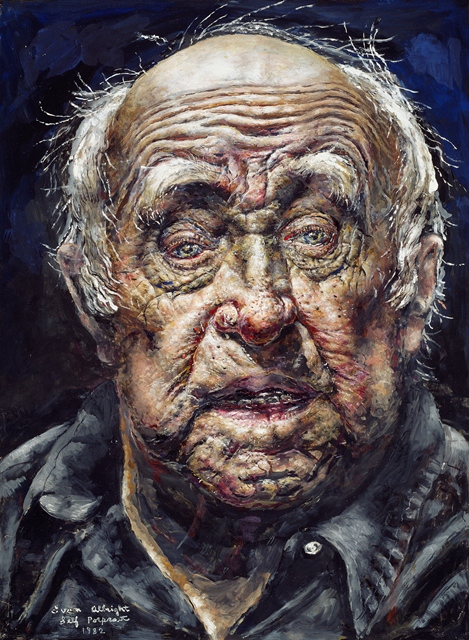 Ivan Albright. Self-Portrait (No.13), 1982. The Art Institute of Chicago. Gift of Mrs. Ivan Albright. © The Art Institute of Chicago. “The works on paper that you see here have been chosen because they represent the artist well graphically,” said AIC curator Mark Pascale. “And the school has been focused on the initial process that artists us—and that’s drawing—because drawing is very close to thinking, and the school thinks."

Mark Pascale is both a curator at AIC and a teacher at the SAIC. Along with drawings, he also selected paintings and prints for the exhibition.

"And earlier in the exhibition we have works by people who were just finding their legs. So, Gustave Bauman we show a broad sweep of because we happen to have a lot of that work, and you see him in the very earliest moment in his career where he’s sophisticated, and at the very end of his career when he’s a very successful commercial artist in Santa Fe making incredibly acceptable images that nowadays look like calendar pictures, but they’re still beautiful.” 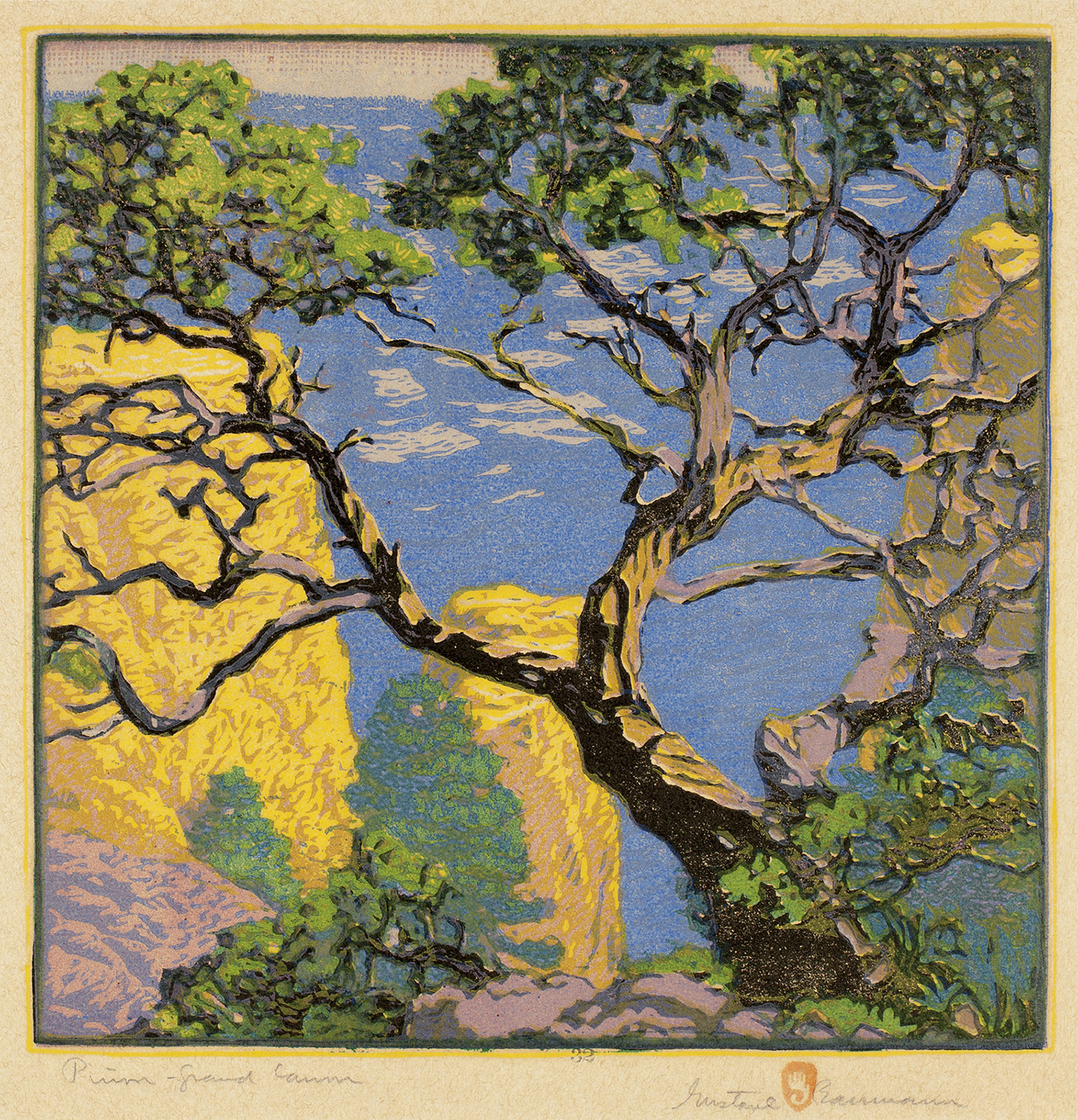 It is a story that goes back to the founding of the school soon after the Civil War.

“When we were founded in 1866, a small number of Chicago artists got together and said ‘let’s start an art school with a gallery,’” Wainwright said. “And so, from there, we grew the SAIC and from there we grew this remarkable, encyclopedic, key museum.”

Assembling this “homegrown” collection meant considering questions about the evolution of the school. 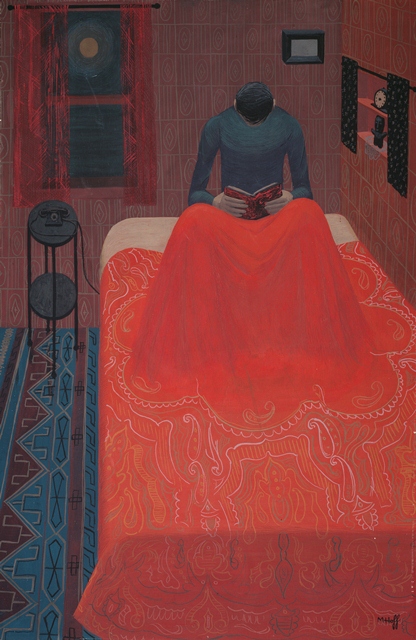 Margo Hoff. Murder Mystery, 1945. The Art Institute of Chicago. Walter M. Campana Memorial Prize Fund. “What does the school look like historically? What has it been? What it became, how it got there, what the city looks like—I think a lot of the show has to do with the city,” Pascale said. “How Chicago changed from being a more agrarian place to a more urban place.”

The school and the museum reflected those changes in the city.

“In the early years, of course, the school was in this building entirely,” Wainwright said. “Now we have other buildings. In the Downtown, we’ve grown. But, in the early days the studios were here, so the students basically put down their paint brush and walked upstairs, or moved out of the print studio and moved upstairs. So that proximity—it’s really fun for this work to be back home in the building where the students were working and studying and looking.”

The exhibition "Homegrown: The School of the Art Institute in the Permanent Collection" is on display through Feb. 14, 2016.