In 2011, Anne-Marie Slaughter left a senior post in the Clinton State Department–a position she describes as a dream job–to be closer to family as her son went through a rocky period in his adolescence.

Slaughter detailed this turn of events and more in a 2012 article for The Atlantic, Why Women Still Can't Have It All. The widely shared, analyzed, and criticized piece–now the most-read article in the magazine's history–sparked her new book "Unfinished Business," which expands upon the ideas in the article, calling for a new valuation of caregiving and a change in the structure of the workplace.

What is the "Unfinished Business" that she's referring to?

"It's the unfinished business of the women's movement," Slaughter said. "We've made huge progress over the last 50 years–that's been roughly my lifetime–and opportunities open to women have been absolutely transformed in that period, but we're also stuck. We're not advancing enough women at the top, and we have far too many women at the bottom. So this is really how all of us–women and men–can get their full equality.”

She writes that “having it all” or “work-life balance” aren’t helpful frameworks for understanding and changing the structural and cultural challenges facing working parents, in particular women.

As to why the term "work-life balance" is a misnomer, Slaughter says, "In the first place, it is a luxury. For most of the working parents in this country, they are not worried about balance; they're worried about hanging on by their fingertips. But even for people who have the ability to have more flexibility, it's not a balance. It's really, how do you simultaneously be a professional and advance your professional goals, and take care of those you love, whether those are your children or your parents or disabled members of your family or ill members. I prefer, instead of thinking about balance, thinking about: let's fit it together and let's change the workplace to make this possible."

In the book she also writes about her own family, in which her husband takes care of many of the roles traditionally done by women. Slaughter’s husband, Andrew Moravcsik, wrote his own article for this month’s issue of The Atlantic called Why I Put My Wife’s Career First, in which he discusses the choices he and Slaughter have made as professionals and parents, and his role as the “lead parent” for their sons.

Watch the video to hear our full discussion with Slaughter.

Read an excerpt from "Unfinished Business."

End Flexibility Stigma in the Workplace 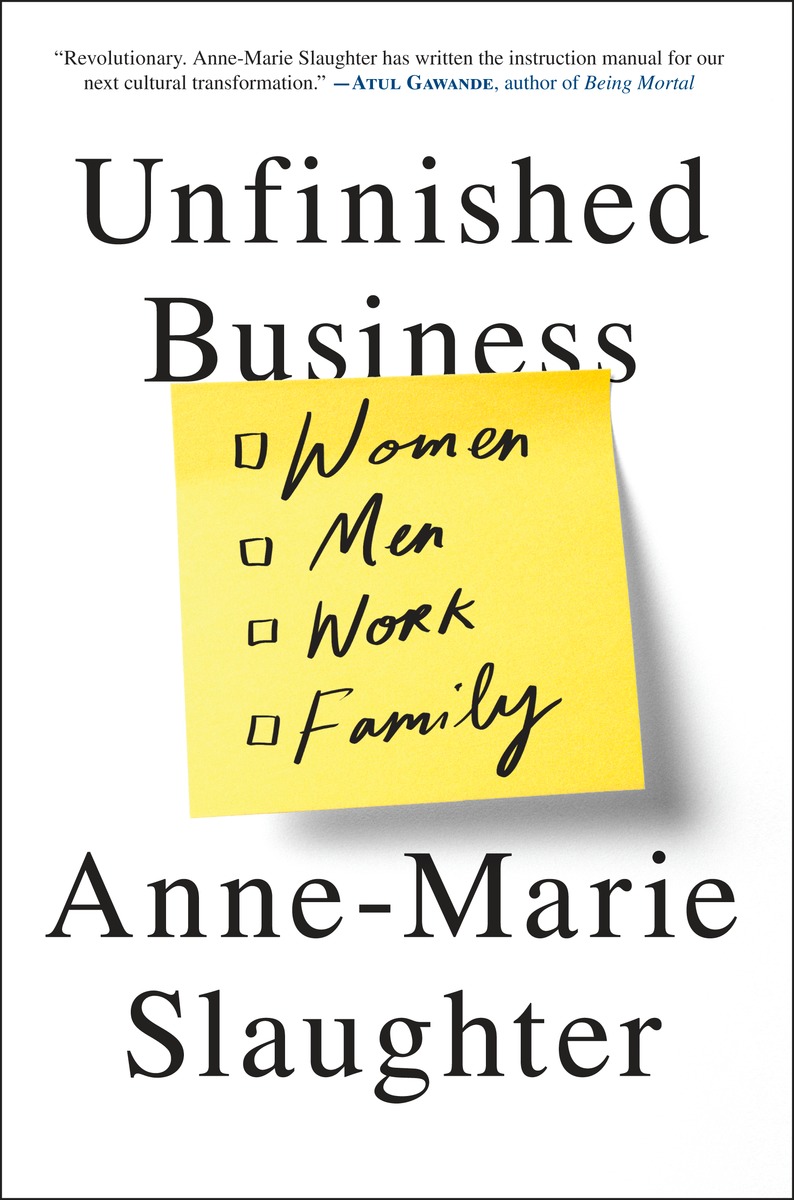 Real flexibility—the kind that gives you at least a measure of  control over when and how you work in a week, a month, a year, and over the course of a career—is a critical part of the solution to the problem of how to fit work and care together. In most workplaces, however, flex policies exist largely on paper. It is often exceedingly difficult, if not impossible, for employees to avail themselves of them. Even when firms and their managers actually support flex policies, employees often don’t ask. And for good reason. In a work culture in which commitment to your career is supposed to mean you never think about or do anything else, asking for flexibility to fit your work and your life together is tantamount to declaring that you do not care as much about your job as your co-workers do. Dame Fiona Woolf, a British solicitor and former lord mayor of London, puts it succinctly: “Girls don’t ask for [flexible work] because they think it’s career suicide.”

This assessment resonated with one young woman who wrote to me after my article in The Atlantic came out. Kathryn Beaumont Murphy was already a mother when she became a junior associate—a rarity at big law firms. She had a generous maternity leave and took advantage of their flextime policy when she returned after having her second child. She was allowed to work “part-time” for six months after her maternity leave ended, though it was still forty hours a week. “At the end of that six-month period,” Murphy says, “I was told by the all-male leadership of my department that I could not continue on a flexible schedule as it would hurt my professional growth.” She ended up leaving the firm entirely for a less prestigious job that pays much less, but where she has more control over her schedule. Her children are now five and eight, and after her experience she now believes that “flexibility is as valuable as compensation.” 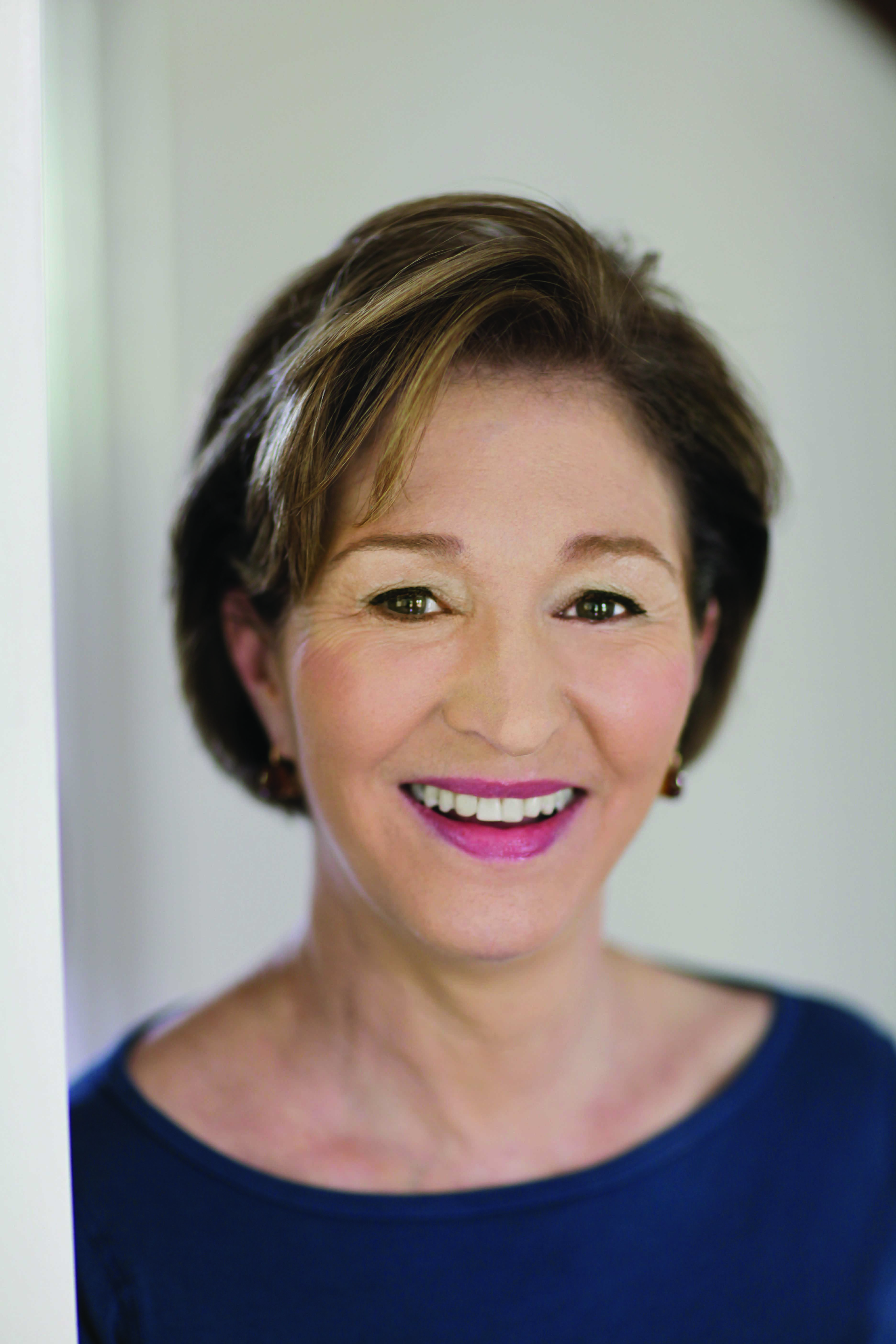 In 2013, the Journal of Social Issues published a special issue on “flexibility stigma” that included several studies showing that workers who take advantage of company policies specifically designed to let them adjust their schedules to accommodate caregiving responsibilities may still receive wage penalties, lower performance evaluations, and fewer promotions. If anything, men who try to take advantage of flexible policies have it even worse. Joan Blades and Nanette Fondas, co-authors of The Custom-Fit Workplace, give the example of a law firm associate named Carlos who tried to arrange for paternity leave and was told that his company’s parental leave policy was really meant just for women. But even if his firm had said yes, it’s likely that he then would have paid an even bigger price in terms of his chances for advancement and overall mistreatment than his female colleagues did.

A Catalyst study showing that men and women tend to use flexibility policies differently underlines the dangers that men perceive. The men and women in their study were equally likely to use a variety of flextime arrangements, from flexible arrival and departure times to compressing work in various ways across the week. But women were 10 percent more likely than men to work from home and men were almost twice as likely as women to say that they had never telecommuted over the course of their careers. Patterns like these show that men are aware that if a certain kind of flexibility means a lot less face time at the office, they won’t run the risk of being penalized for taking advantage of it.

To be stigmatized means to be singled out, shamed, and discriminated against for some trait or failing. Stigma based on race, creed, gender, or sexual orientation is sharply and explicitly disapproved of in contemporary American society. Why should stigma based on taking advantage of company policy to care for loved ones be any different? Workers who work from home or even take time off do not lose IQ points. Their choice to put family alongside or even ahead of career advancement does not necessarily affect the quality of their work, even if it reduces the quantity.

However effective flexibility policies may seem in theory, flexibility cannot be the solution to work-life issues as long as it is stigmatized. The question that young people should be asking their employers is not what kinds of family-friendly policies a particular firm has. Instead, they should ask, “How many employees take advantage of these policies? How many men? And how many women and men who have worked flexibly have advanced to top positions in the firm?”

While we’re working to remove the stigma from flexibility, we must also recognize that even the limited flexibility that white-collar workers take for granted doesn’t exist at all for low-income hourly workers. Schedules that are too rigid to accommodate family needs on the one hand are often too flexible on the other. More than 70 percent of low-wage workers in the United States do not get paid sick days, which means that they risk losing their jobs when a childcare or health issue arises. In fact, nearly one-quarter of adults in the United States have been fired or threatened with job loss for taking time off to recover from illness or care for a sick loved one.

For millions of American workers, then, flexibility is not the solution but the problem. Women and men at the top cannot advocate for more flexibility without insisting that these policies be implemented in ways that help workers rather than hurt them.

The kind of flexibility we need does not stigmatize or exploit. Ending flexibility stigma in the workplace must be about making room for care in all our lives, not an additional excuse to stop caring about the human impact of our policies.