Behind the Front Lines of ‘Ashley's War’: A Battle for Women in the Military

As the Pentagon seeks to open hundreds of thousands of military jobs to women by the end of the year, Gen. Joseph Votel, the head of the U.S. Special Operations Command, is expected to release his recommendation next week on whether women can serve in direct-action combat units.

A key issue in the debate over integrating the military revolves around a groundbreaking 2010 pilot program that allowed small teams of female soldiers to work alongside Special Operations Forces in Afghanistan. One of the program’s goals was expanding access to Afghan women, who had problems talking to male soldiers.

Author Gayle Tzemach Lemmon, a senior fellow at the Council on Foreign Relations, recounts the experiences of these female soldiers in the New York Times bestseller Ashley’s War: The Untold Story of a Team of Women Soldiers on the Special Ops Battlefield, which is currently being adapted into a movie. She joins us tonight to talk about her book and what’s ahead for the military.

Read an excerpt from Ashley's War: 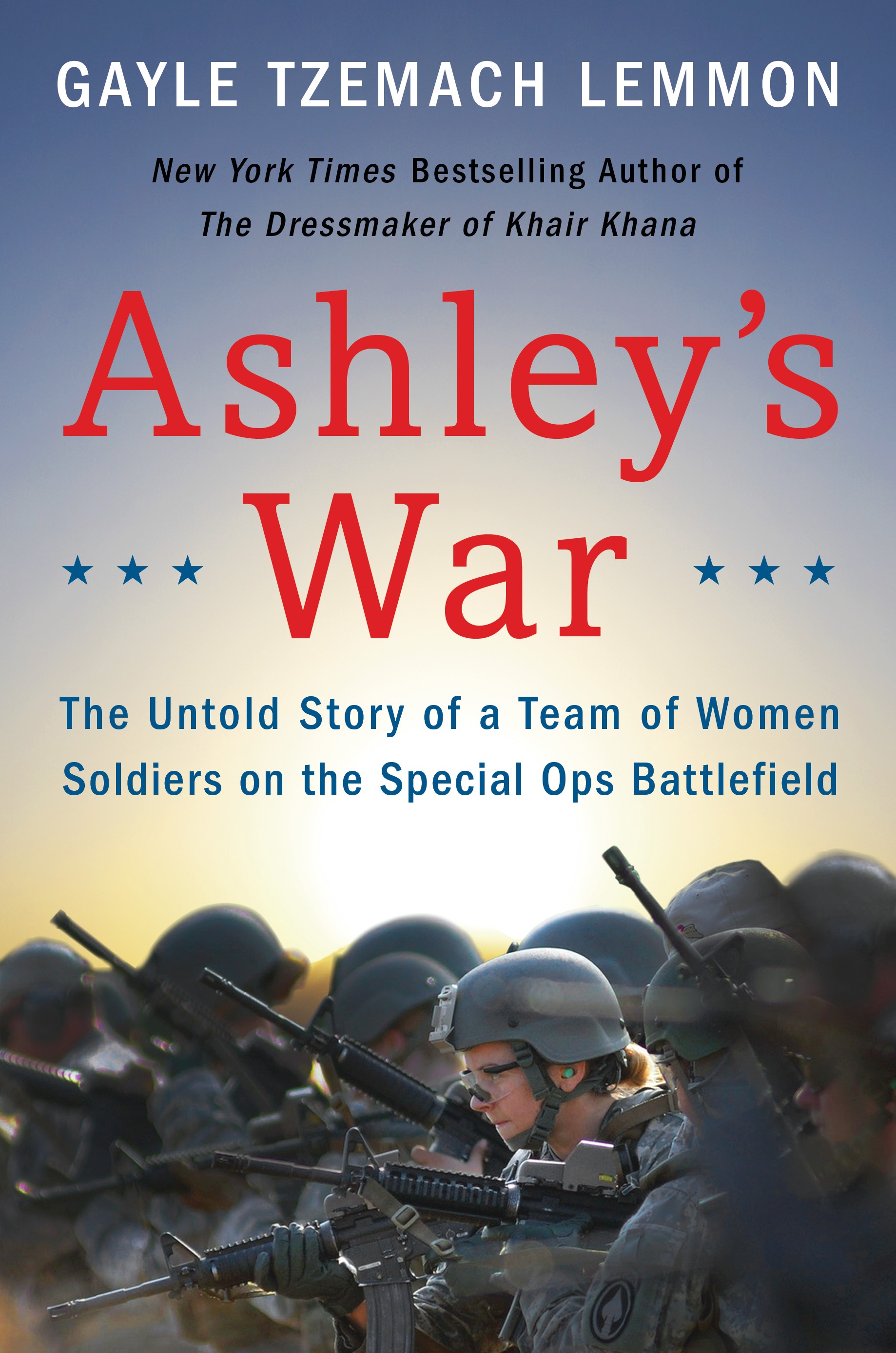 Entering the cramped helicopter, White and Mason were determined not to make a beginner mistake by taking the wrong seat, so they fell in behind a 1st sergeant, who had taken the new arrivals under his wing. After he sat, they followed his example, snapping a bungee cord that hung from a metal hook on their belt into hooks beneath a narrow, metal bench. In theory, these cords would keep them from flying across—or out of—the helicopter while it was airborne. The soldiers took root, and with a sudden whirr the bird was off. The only thing lieutenant White could see through the green haze of the night-vision goggles was a flash from the helicopter’s lights as it left the ground.

“Here we go,” White thought. Outwardly the picture of calm, inside the young officer felt a rush of adrenalin and fear. Everything—the selection process, the training, the deployment—had happened so quickly. Now, suddenly, it was real. For the next nine months this is what every night would look like.

But enough nightdreaming. “Focus,” White commanded. “Get back to the work at hand. What is the protocol for next steps?”

Brace for landing.
Unhook.
Evacuate the bird.
Run like hell.
Take a knee.
Over the booming engine noise the 1st sergeant barked out the time stamp in hand signals.
“6 minutes.”
“3 minutes.”
White turned to Mason and gave the thumbs-up with a smile that was full of unfelt confidence.
“1 minute.”
Showtime. 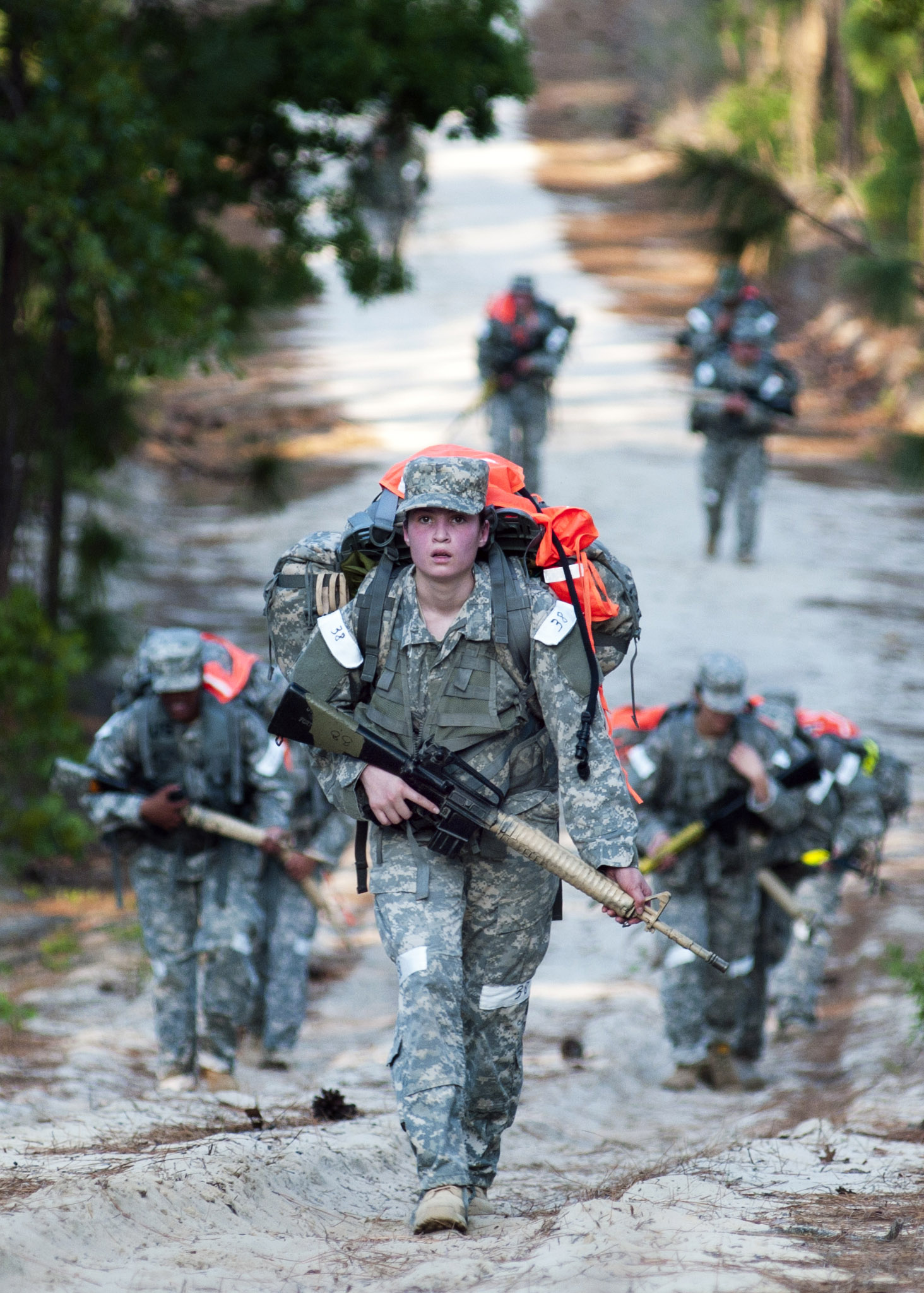 The bird landed and the door flew open, like the maw of some huge, wild reptile that had descended from the sky. White followed the others and ran a short distance before taking a knee, managing to avoid the worst of the brownout, that swirling mix of dust, stones and God-only-knows what else that flies upward in the wake of a departing helicopter.

Choking on a batter of dirt and mud, White mumbled inaudibly, welcome to Afghanistan, before rising up to adjust the awkward night vision goggles that now provided the only lens to the outside world. With barely a word exchanged, the Rangers fell in line and began marching toward the target compound.

The ground crunched beneath their feet as they pressed forward through vineyards and wadis, southern Afghanistan’s ubiquitous ditches and dry riverbeds. They marched quickly, and even though the night goggles made depth perception a nearly impossible challenge White managed not to trip over the many vines that snaked along and across the rutted landscape. No one made a sound. Even a muffled cough could ricochet across the silence and bring unwanted noise into the operation. Every soldier on target knows that surprise is the key to staying alive. And silence is the key to surprise. 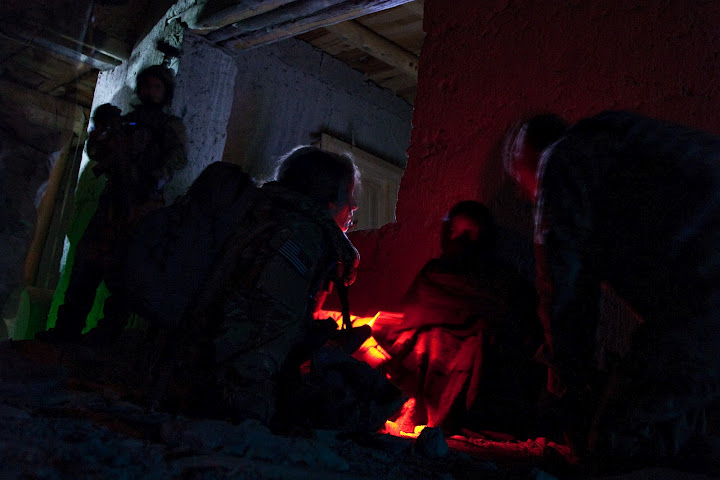 Fifteen minutes on they reached their objective, though to White it felt like only a minute had passed. An interpreter’s voice could be heard addressing the men of the house in Pashto, urging them to come outside. A few minutes later the American and Afghan soldiers entered the compound to search for the insurgent and any explosives or weapons he might have hidden inside. And then 2nd Lieut. Ashley White heard the summons that had led her from the warmth of her North Carolina home to one of the world’s most remote—and dangerous— pockets.

“CST, get up here,” called a voice on the radio.

The Rangers were ready for White and her team to get to work.

The trio of female soldiers—White, Mason and their civilian interpreter Nadia—strode toward the compound that was bathed in the green haze of their goggles. It was dead in the middle of the night, but for White, the day was just beginning.

Her war story had just begun. It was time for the women to go to work.

From Ashley’s War by Gayle Tzemach Lemmon. Copyright © 2015. Excerpted by permission of Harper, an imprint of HarperCollins Publishers.

Lemmon is also the author of the New York Times bestseller The Dressmaker of Khair Khana, and has written for Newsweek, the Financial Times, the International Herald Tribune and Atlantic Media's Defense One, which covers the military and national security.

View a book trailer for Ashley’s War below: