He out-ponzied Ponzi, and the local press called him the king of the con and the greatest swindler of all time. Yet the story of Leo Koretz faded into obscurity since his death. His tale is now being told in the new book, Empire of Deception. The book’s author, Dean Jobb, joins us.

Empire of Deception: The Incredible Story of a Master Swindler Who Seduced a City and Captivated the Nation 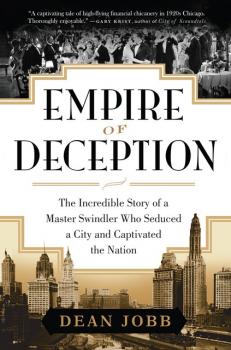 The Bayano Syndicate’s executive team gathered at Chicago’s LaSalle Street Station on a late November day in 1923. An overnight train would take them to New York, where they would board the Grace Line steamer Santa Luisa. The voyage to Panama would take about a week and would be a respite from the freezing-point temperatures they were leaving behind.

Two of the six men had resigned from management posts at a Chicago meatpacking firm to help run Leo Koretz’s oil empire. Emil Kitzinger had quit his $25,000-a-year job to become purchasing agent for Bayano, at double the salary. Edwin Mayer held $25,000 in Bayano stock and had been promised an executive post. “I didn’t know just what my official capacity was to be,” he would later admit. Leo’s long-time friend and business partner Henry Klein was there, and even though he had spent almost his entire career in the liquor business, he had been tapped to be Bayano’s head of engineering.

There was another man on the platform. Leo had come to see them off and handed each man a money clip crafted in gold. The company would cover all expenses, he reminded them, so be sure to “live like kings.” He seemed glad they were finally going to see Bayano’s oil fields. “He told us he wanted us to see things for ourselves,” Klein recalled. “He said we would be surprised.”

Klein took Leo aside for a quick chat. They were working on a couple of deals unrelated to Bayano, and Klein handed over two checks. One was for $35,000 – his share of an investment. Klein had signed the other check but the amount was blank; he asked Leo to fill in the figure once he knew exactly how much money was needed.

Once aboard the Santa Luisa, the Panama expedition received a cable from Leo.

“Bon Voyage,” was all he wrote, signing off as “The Boss.”

The ship, painted white for service in the tropics, cast off at ten o’clock in the morning under an overcast sky. The group set out, Edwin Mayer recalled, “fully confident that everything was as Koretz had represented it.” Leo had furnished them with maps of the Bayano area “so skillfully drawn,” he said, “that there seemed to be no difficulty ahead in finding the district.”

Had Mayer or any other Bayano investor taken a few moments to thumb through the latest Chicago Daily News Almanac and Year-Book, they would have found a short entry for Panama. “The chief articles of export,” it noted, “are bananas, rubber, coffee and pearls.” No mention of oil.

The steamer reached the lush-green Panamanian coast on December 5. The group was about eighteen hours ahead of schedule, so no one was surprised when Mr. Espinosa or someone else connected with the syndicate did not turn up to greet them.

But as the hours passed, one of them admitted, “we began to worry a bit.” Someone checked the phone directory. There were listings for Espinosa – the family, they discovered, was a wealthy and prominent one in Panama – but none for an A. Espinosa. Panama City was supposed to be the headquarters for the Bayano Syndicate, but they could find no trace of its offices.

“We were staggered,” said one member of the group, “no one knew anything about a great Bayano syndicate.” They descended on the land registry office and combed through deeds, but found no record of Leo’s having bought or sold anything in Panama over the previous twenty years. “We began to suspect we had not inquired deeply enough,” Mayer said.

They tracked down a Chicago man named Peck, the local representative of an American firm with a logging operation on the Bayano. They produced a map Leo had given them, showing the syndicate’s properties and operations.

“The blueprint is a big fake,” Peck exclaimed. “That land is ours.” He assured them other companies owned or controlled the rest of the syndicate’s purported five million acres. “Gentlemen,” he announced, “I am of the opinion that you have been duped.”

Panamanian officials soon confirmed there were no oil fields on the Bayano River. “Why,” the group was told, “that is where we go alligator hunting. There’s nothing there but alligators and swamps – and plenty of each.” 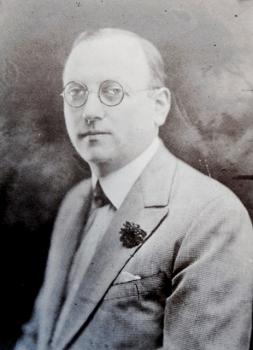 Urgent cables were sent to Chicago. The first was addressed to Leo: “No trace of the land or the company here.”

There was no response.

The following day they tried again to reach Matthews: “Is Leo away? Made investigation and company is not known here.” Matthews, as it turned out, was in New York, looking for Leo, as the messages piled up in Chicago. One member of the group contacted his brother, a Chicago banker, with a terse summary of their findings:

“No oil, no wells, no pipelines, no organization.”

On December 10 the Bayano fact-finding team boarded a ship for the return trip to New York. After five days of inquiries and poring over property records and phone books, “we were convinced,” Henry Klein acknowledged, “there was nothing there and never had been.”

The Bayano Syndicate, their investments, their new jobs as oil executives, their dreams of wealth – it was all a sham. The truth was perhaps most devastating for Klein, who had hundreds of thousands of dollars tied up in his good friend’s investment schemes.

He had been lied to. Used. They all had.

Klein remembered Leo’s prediction that they would be surprised at what they found in Panama. They certainly were. Then he had a more sickening thought. What dollar figure did Leo write on that blank check?

Empire of Deception: The Incredible Story of a Master Swindler Who Seduced a City and Captivated the Nation, by Dean Jobb (Algonquin Books)