In 1999, a car accident left DePaul University professor Clark Elliott concussed. As a leading scientist in the field of artificial intelligence he was intrigued by the impact on his brain and kept meticulous notes documenting the effects of his traumatic brain injury. Those notes became the basis for his new book, The Ghost In My Brain: How a Concussion Stole My Life and How the New Science of Brain Plasticity Helped Me Get It Back. Elliott joins us to discuss his long journey to recover brain function and his sense of self.

The Ghost In My Brain

Why I Wrote This Book 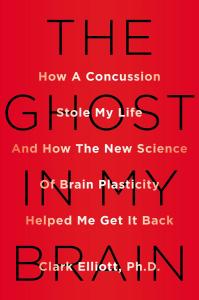 Stories of my fellow concussion survivors have flooded the media in recent years: returning combat veterans who have suffered traumatic brain injury (TBI), professional athletes who are demanding accountability from sports leagues and helmet makers, and some of our country’s youth who have suffered troubling sports concussions. Given the millions of TBIs that are even reported each year in the United States alone, this is, yes, a quiet plague of epidemic proportions. Yet our society is only grudgingly coming to recognize that concussions are serious and life-changing injuries that may have lingering, undiagnosed symptoms such as emotional difficulties, fatigue, learning problems, and social problems that can last a lifetime.

In my experience, the medical community’s standard of care for certain classes of TBIs has not yet caught up with effective new treatments that are available. There are many excellent physicians who have been exposed to current research in “brain plasticity” (wherein parts of the brain can be trained to compensate for other, injured parts), especially younger physicians working with sports injuries and rehabilitation. However, it is unfortunately true that many M.D.s, including leading neurologists—as well as putative leading rehabilitation institutions—are as of the time of this writing unwittingly out of date when it comes to accurately diagnosing and treating concussion. This is unspeakably sad for those who are needlessly suffering and believe they have nowhere to turn. 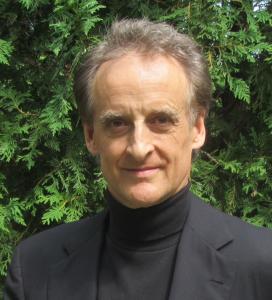 The later chapters of this book that cover the science behind my recovery may also be highly revealing for those who suspect that they suffer from some form of attention difficulty, such as ADD, or suspect that a family member does. In the process of my recovery I realized that many of the features of such attention difficulties significantly overlap with those manifesting as concussion symptoms. From the many anecdotes I’ve heard from my university students, and others, I think we should be highly suspicious that some of these attention difficulties are rooted in prior, sometimes even mild, head injuries. How many times have I heard, “Oh, yes—now that you ask, I did start having this trouble last year after I had that [car accident/ skiing mishap/ skateboard fall/ soccer concussion].. . .”

The small changes that can occur in one’s brain from even a quite forgettable bump on the head can masquerade in subtle ways such as personality oddities, trouble with multitasking, sleep disturbances, and even just growing old. Who would have thought to consider that slip on an icy doorstep five years ago as the culprit behind having a slight sense of being out of sync at unpredictable times, or having trouble managing appointments?

As a professor of artificial intelligence and cognitive science, I have shared some of the concepts covered in this book about how brains work with my classes, including the ideas behind several leading-edge cognitive restructuring, and neuro-optometric, treatments. It has been striking that I have never failed to have, in each such course, at least two students talk to me after class about their extreme interest in the material because of their own information-processing difficulties. This suggests to me that the kinds of brain difficulties experienced by concussives (as in, those who have suffered concussions)—albeit in much milder forms than my own—are far more widespread than we might traditionally suspect, especially among high-functioning, intelligent people who are very good at masking such problems.

Read more of the Author's Note.

From The Ghost in My Brain: How a Concussion Stole My Life and How the New Science of Brain Plasticity Helped Me Get it Back, on sale now. Reprinted by arrangement with Viking, an imprint of Penguin Publishing Group, a division of Penguin Random House LLC. Copyright © 2015 by Clark Elliott.