David Axelrod has had a long and storied career as a political consultant. His new memoir, Believer: My Forty Years in Politics covers not just his time working for President Obama in the White House, but also delves into his personal struggle in dealing with his father's death, his early career, and family life. Axelrod joins us to discuss his work and political musings.

Read an excerpt from Axelrod's book. 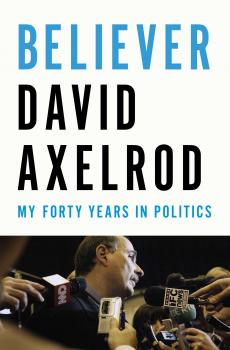 Not everyone can point to a moment, the exact time and place, when a lifelong passion began. I can.

It was 1960, twelve days before the presidential election. John F. Kennedy, locked in a dead-even race with Richard Nixon, was barnstorming the neighborhoods of New York City. And on the afternoon of October 27, he came to mine.

Stuyvesant Town, a forest of redbrick high-rises on Manhattan’s Lower East Side, was built after World War II to house the flood of returning GIs and their families. Now, in the final, frantic days of his campaign, Kennedy had come there to summon a new generation of leadership.

I was, no doubt, a little newer than he had in mind. I was five.

An inspiring woman named Jessie Berry, who all but raised me while my mother was at work, took me to see JFK that day. Jessie, an African American, had come to New York from South Carolina as a young woman during the Great Migration. She had spent her days taking care of other people’s kids, scraping together what she could to help support her own two daughters. Yet she was determined that the future be better, if not for her, then for her children and her grandchildren.

Maybe that’s why she took me to see this promising young leader, a Catholic, whose election would break down a historic barrier. Maybe she saw in him hope for the future. (Looking back, I see that she might also have viewed the outing as a way to occupy her maddeningly hyperactive little charge.)

So when Jessie heard that Kennedy was coming to Stuyvesant Town, and would be just two blocks from my family’s apartment at 622 East Twentieth Street, she took me by the hand and we headed to the rally. There, she sat me on top of a mailbox to give me a better view. From that perch, I watched in awe as Twentieth Street (at that section, a wide boulevard) filled up with people instead of the usual, ceaseless parade of cars. Near the front of the crowd, close enough to shake hands with the candidate, I spotted my sister, Joan, and her friends heading home from the junior high across First Avenue.

I wasn’t the only young kid in the crowd. Stuyvesant Town and the adjoining Peter Cooper Village were built and designed for young families, with a network of playgrounds on greened, tree-lined campuses. So when JFK came, many mothers turned out, babies in tow, eager to catch a glimpse of the dashing young senator. It was, as the advance people who plan such rallies say, a built-in audience.

They listened in rapt attention as he delivered his call to action.

It was just fifteen years after the end of World War II. Every adult there had endured that ordeal and, before it, the Great Depression. Now a Cold War hovered over their everyday lives, carrying with it the threat of nuclear annihilation. They had played a role in saving the nation, and were accustomed to sacrifice, not the pain-free succor that would become the coin of the realm of future political campaigns. 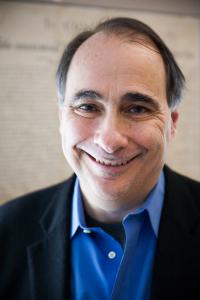 So Kennedy, himself a war hero, didn’t come bearing lavish promises. In a harbinger of the inaugural address he would deliver three months later, he came with a challenge.

“I don’t run on the presidential program of saying that if I am elected, life will be easy,” Kennedy declared, his voice booming off the surrounding high-rise buildings. “I think to be a citizen of the United States in the 1960s is a hazardous occupation. But it is also one that offers challenge and hope, and I believe the choice lies with you on November 8.”

I was too young to understand the full meaning of his speech or the magnitude of the moment. I recovered his words only years later, from one of those online archives no one back then could have imagined. I might not have understood exactly why the crowd cheered when it did, or that Kennedy was desperately seeking votes, locked in what would be one of the closest presidential contests ever. Yet to this five-year-old, the scene was pure magic, electric and important. Though I couldn’t grasp the nuances, I somehow absorbed the larger message: we are the masters of our future, and politics is the means by which we shape it. From that moment on, I was hooked. I wanted to be a part of the action.

Fifty-two years later, on November 5, 2012, I stood at the foot of the stage at another huge, outdoor rally, on the eve of another presidential election. It was 10:00 p.m. in Des Moines. A crowd of twenty thousand stretched from the podium on Locust Street four blocks east toward the glistening gold dome of the Iowa state capitol. They waited for hours, on that chilly November night, to watch President Barack Obama deliver the final speech at the final campaign stop of his political career—and mine.

For Team Obama, it was a homecoming. Four years earlier, Iowans had breathed life into his audacious candidacy for president. Obama had virtually taken up residence there, spending eighty-nine days in the state during the run-up to Iowa’s critical, first-in-the-nation presidential caucuses, as he made his case for change. Along the way, he developed strong bonds with the folks he met in countless living rooms, diners, and union halls across the state.

While the pundits and political insiders in Washington were smugly writing him off as a political shooting star, Obama placed his bet on Iowa and the army of idealistic young people who descended upon the state, hell-bent on changing the course of history. And without Iowa’s embrace, his candidacy almost certainly would have died a quick, snowy death.

Iowa was the beginning of everything. Now, steeled by a thousand battles, Obama had returned there to plead his case, seeking the chance to finish what he had started. He had taken bold and controversial steps to revive a wounded economy, but the work of redeeming an embattled middle class was far from done. He had ended our war in Iraq and, having brought Osama bin Laden and many of Al Qaeda’s leaders to justice, was on the path to ending another war in Afghanistan. Yet it would take a continued commitment to bring those troops home, and the world would only become more complex and challenging. After a lengthy and bruising fight to pass historic health care reform, it would take his next term to implement and undergird it against continuing opposition efforts at subversion and repeal. He felt an urgency to deal with the great, unresolved problems of climate change and immigration reform. And maybe, just maybe, a second, resounding victory would pave the way for more comity and cooperation in Washington, which was the great, unfulfilled promise of his presidency. Read the full Introduction here.