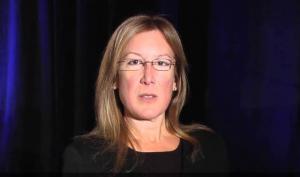 Gov. Bruce Rauner lauds Donna Arduin as “the best [budget person] in America,” justifying an eye-opening four-month contract that will pay her firm $120,000 to provide “consulting services” on this year and next year’s budget.

“She’s a brilliant lady who’s done financial turnarounds at a number of states,” Rauner said last week. “ She’s the smartest state government budget person in America that I was able to find and she’s well worth it, because she’s going to save us billions.”

Arduin is a partner in the economics consulting firm Arduin, Laffer & Moore, which touts a libertarian "supply-side" approach to fixing state budgets. The philosophy holds that lower taxes will leave more money in the wallets of taxpayers and spur economic growth, which will in turn lead to more revenue coming into tax coffers.

In 2010, she contracted with the Florida Senate to aid in budget decisions for a reported $35,000 over seven months. Her hard-line stance on cuts to social service programs has gained her both fans and foes alike. Bush called her “the budget king,” while a California legislative leader labeled her an “ogre” for slashing Medicaid funding while serving in Florida.

“A lot of people want to do a hit job on Donna,” said John Tillman of the Illinois Policy Institute, a free market think tank, who blames governors in some of those states for failing to implement all of her ideas. “She understands how budgets are put together at the state level. There are very few people in the country with that depth of understanding.”

"I joined government to shrink it," Arduin said in a 2006 profile by Duke Magazine, noting her role in trying to plug a $15 billion budget gap mostly through budget cuts and reforming entitlement programs.

“Supply side has been completely discredited,” said Ralph Martire of the Center for Tax and Budget Accountability. “It’s one of those things that sounds good in theory but is never born out in practice.”

Arduin may have more than a passing familiarity with Illinois’ budget problems. She served as a Senior Fellow to the Illinois Policy Institute between 2010 and 2013, providing occasional feedback as the group prepared fiscal roadmaps for the state.

The Rauner team has not made Arduin available for interviews, and has provided little insight into Arduin’s specific role among a fiscal team that includes Budget Director Tim Nuding, Senior Adviser Linda Lingle, and Deputy Governor Trey Childress, among others.

It is expected Arduin will provide ideas, outside perspective, and help in crafting a budget message. She was reportedly instrumental in shaping the so-called “7-7-7 plan” for Florida Gov. Rick Scott when he was campaigning for office in 2010, promising to create 700,000 jobs in seven years.

Few rank and file Illinois lawmakers have met with Arduin, but one Republican State Representative says she is firmly in command of the governor’s attention and “calling the shots” on the Fiscal Year 2016 budget.

A staff member in her Florida-based consulting office says Arduin is in Springfield currently and will not be doing any other outside work during her contract with the state. It is expected that Arduin will move on from Illinois when her four-month contract expires.

“You want someone with a fresh set of eyes and to share new ideas,” Tillman said. “Once she has put us on a sustainable path forward, there’s no need for her to stay beyond that tenure.”

Gov. Rauner will unveil the 2016 budget in an address before the General Assembly on Wednesday, and is expected to outline his plan to plug this year’s $2 billion budget hole. The administration has not revealed much, but lawmakers who are familiar with the budget talks say he will propose a mix of cuts, a reallocation of spending, and a sweep of other state funds to plug the imminent gap.