Geoffrey Baer’s first-ever quiz show premieres on WTTW11 at 7:30 pm. In Where in Chicago?, Baer and his crew travel the city, quizzing Chicagoans on history and trivia.

Read an interview with the show’s producer, Eddie Griffin. 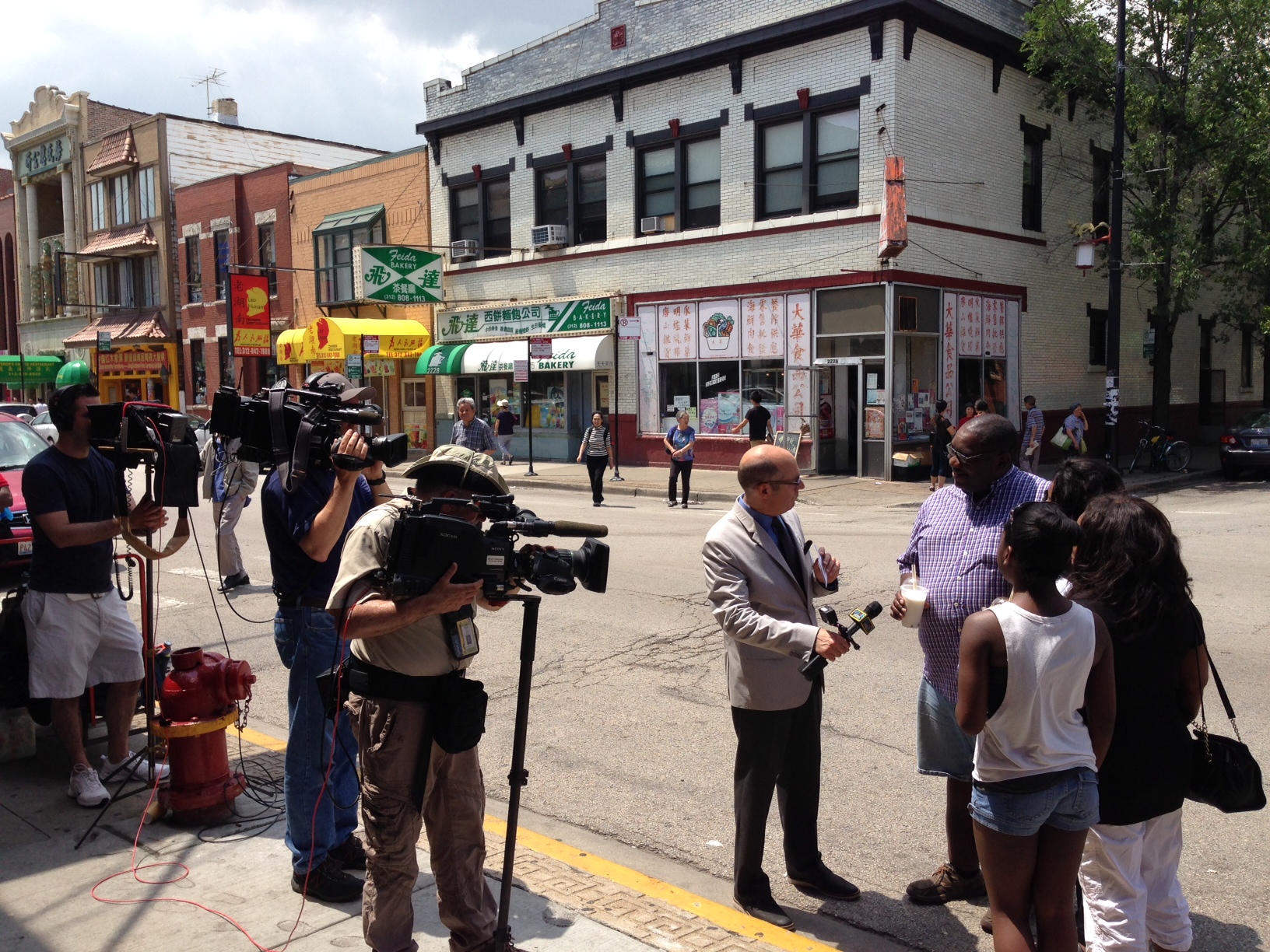 Can you tell us a little bit about the show?

The show is a Chicago history trivia quiz show hosted by Geoffrey Baer. We went out to a bunch of different locations through the city in the summer. We just approached people on the streets and talked them into being on the show. 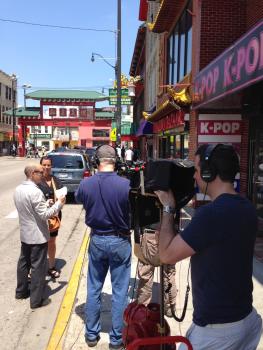 Where did the idea for the show come from?

Geoffrey Baer and our executive producer Lisa Tipton had a rough outline of wanting to do something like this. Geoffrey is a great trivia expert. He’s got 15 years and 12 shows worth of covering the city. He’s covered all these facts and dug up all kinds of history.

They knew there was something there in this database of Chicago history. So they came to me wanting to make a show out of it, because I’ve done a lot of man-on-the-street and unscripted shows.

We covered all the tour shows as best as we could, and then went out and hit the streets and found our contestants. After a month of shooting, we brought everything in to the edit suite and decided how the show would look.

It’s not really organized in your typical game show structure. We don’t follow the same person all the way through or keep points. It’s all new contestants, locations, and questions.

Half the show is asking and answering the questions, the other half is Geoffrey Baer going back and forth with contestants, such as where they’re from or why they got a question right or wrong. He would have some fun with that. 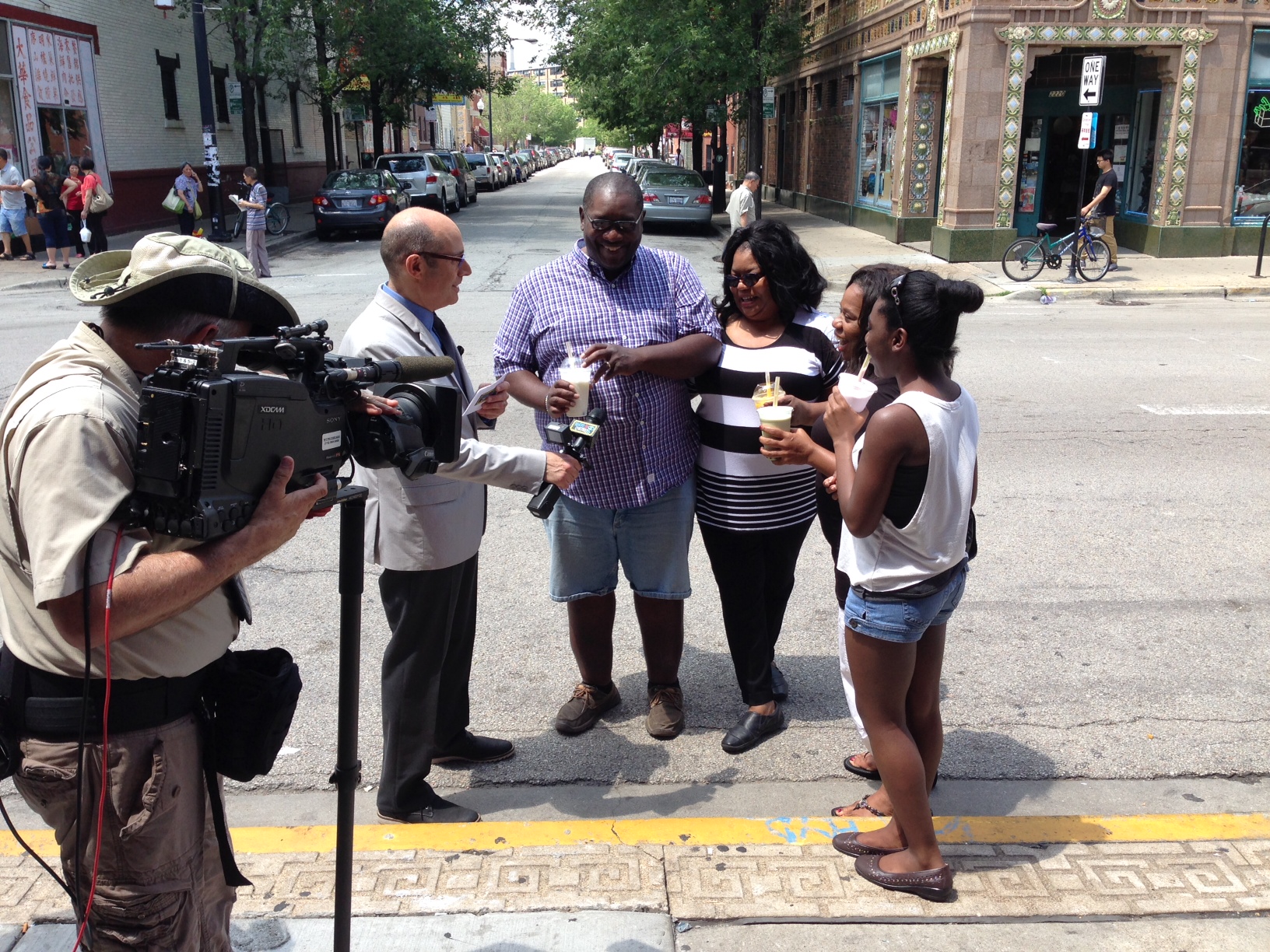 It was a lot of fun because it’s so unscripted. I was able to do a lot. There was no established format to stick to or duplicate. We went out, asked the questions, got the clips, and from there we could do whatever.

We knew the questions to ask, the clips to roll, and then we had to figure out what’s the funniest way to let the segment play out. Sometimes, it was a matter of, “These two have good chemistry, so let’s focus more on their banter than on the actual question.”

Tour shows are normally scripted. Every line of dialogue is written in advance, and you have to stick to the script. Here we had room to use some instances that were off the cuff and spontaneous.

Any memorable participants or anecdotes so far?

You never know what you’re going to get. You’re catching people on their lunch hour, going to and from work. I can’t imagine stopping for a camera crew on my way to work. Some people are naturally drawn to the camera. We got some really great people. And it’s a credit to Geoffrey Baer. He brought out peoples’ personalities. In one case, Geoffrey noticed the contestant looked like the rapper Common.

View a slideshow of behind-the-scenes photos from Where in Chicago?

Tags:
Where in Chicago
Geoffrey Baer