Historian Francis Fukuyama visits Chicago Tonight to talk about his new book, Political Order and Political Decay, the second volume of a sweeping study of how human societies develop good governance, and how those same societies can fall into decline. 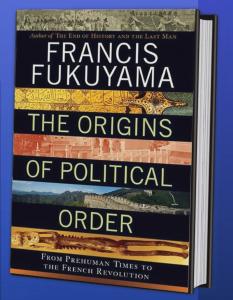 WHAT IS POLITICAL DEVELOPMENT?

Political development and its three components: the state, rule of law, and accountability; why all societies are subject to political decay; the plan for the book; why it is good to have a balanced political system

Political development is change over time in political institutions. This is different from shifts in politics or policies: prime ministers, presidents, and legislators may come and go, laws may be modified, but it is the underlying rules by which societies organize themselves that define a political order.

In the first volume of this book, I argued that there were three basic categories of institutions that constituted a political order: the state, rule of law, and mechanisms of accountability. The state is a hierarchical, centralized organization that holds a monopoly on legitimate force over a defined territory. In addition to characteristics like complexity and adaptability, states can be more or less impersonal: early states were indistinguishable from the ruler’s house hold and were described as “patrimonial” because they favored and worked through the ruler’s family and friends. Modern, more highly developed states, by contrast, make a distinction between the private interest of the rulers and the public interest of the whole community. They strive to treat citizens on a more impersonal basis, applying laws, recruiting officials, and undertaking policies without favoritism. 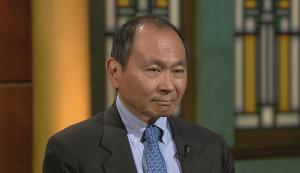 The rule of law has many possible definitions, including simple law and order, property rights and contract enforcement, or the modern Western understanding of human rights, which includes equal rights for women and racial and ethnic minorities. The definition of the rule of law I am using in this book is not tied to a specific substantive understanding of law. Rather, I define it as a set of rules of behavior, reflecting a broad consensus within the society, that is binding on even the most powerful political actors in the society, whether kings, presidents, or prime ministers. If rulers can change the law to suit themselves, the rule of law does not exist, even if those laws are applied uniformly to the rest of society. To be effective, a rule of law usually has to be embodied in a separate judicial institution that can act autonomously from the executive. Rule of law by this definition is not associated with any particular substantive body of law, like those prevailing in the contemporary United States or Europe. Rule of law as a constraint on political power existed in ancient Israel, in India, in the Muslim world, as well as in the Christian West.

Rule of law should be distinguished from what is sometimes referred to as “rule by law.” In the latter case, law represents commands issued by the ruler but is not binding on the ruler himself. Rule by law as we will see sometimes becomes more institutionalized, regular, and transparent, under which conditions it begins to fulfill some of the functions of rule of law by reducing the ruler’s discretionary authority.

Accountability means that the government is responsive to the interests of the whole society— what Aristotle called the common good—rather than to just its own narrow self-interest. Accountability today is understood most typically as procedural accountability, that is, periodic free and fair multiparty elections that allow citizens to choose and discipline their rulers. But accountability can also be substantive: rulers can respond to the interests of the broader society without necessarily being subject to procedural accountability. Unelected governments can differ greatly in their responsiveness to public needs, which is why Aristotle in the Politics distinguished between monarchy and tyranny. There is, however, typically a strong connection between procedural and substantive accountability because unconstrained rulers, even if responsive to the common good, usually cannot be trusted to remain that way forever. When we use the word “accountability,” we are mostly speaking of modern democracy defined in terms of procedures that make the governments responsive to their citizens. We need to bear in mind, however, that good procedures do not inevitably produce proper substantive results.