The business district along Bryn Mawr Avenue in the North Park neighborhood may not be bustling, but the small businesses that dot the area are thriving. Some—like the Caren Real Estate Company—have been in the community for decades and are family owned.

But for a block of businesses that also include a long-standing Chinese restaurant, a dentist's office, a hookah cafe and even a 7/11, the days may be numbered. For the first time in its history, Northeastern Illinois University wants to offer student housing and the stretch along Bryn Mawr, just two blocks from campus is where the NEIU says it needs to build dorms.

The university launched an ambitious expansion plan six years ago that includes several new buildings on its campus. But the Bryn Mawr Avenue student dorms are the only proposed buildings not on university owned land. Earlier this year NEIU made offers to business owners, but according to one of them, the offer also included the nuclear option.

“They sent us an appraisal but it was kind of a very low number, and they said ‘sell it to us for this number or we’re going to take you to court,'” Sander Caren of J. Caren Real Estate said. “They told us that if we don’t sell it to them then they’re going to use eminent domain and basically take it from us, and they said they are the state and they have the power to do that.”

“We didn't expect that the property owners would accept the initial offering from the university, although it is the fair market value in accordance with our appraisal. We did expect them to come to the table and have a conversation with us about what their appraiser assessed the fair market value to be,” Henry said. “We are optimistic that the negotiations that we’ve undertaken will come to fruition with at least some of the owners.”

But the university's strategy is not sitting well with many of its neighbors. Lawn signs have sprouted accusing NEIU of a land grab while asking elected officials to intervene. 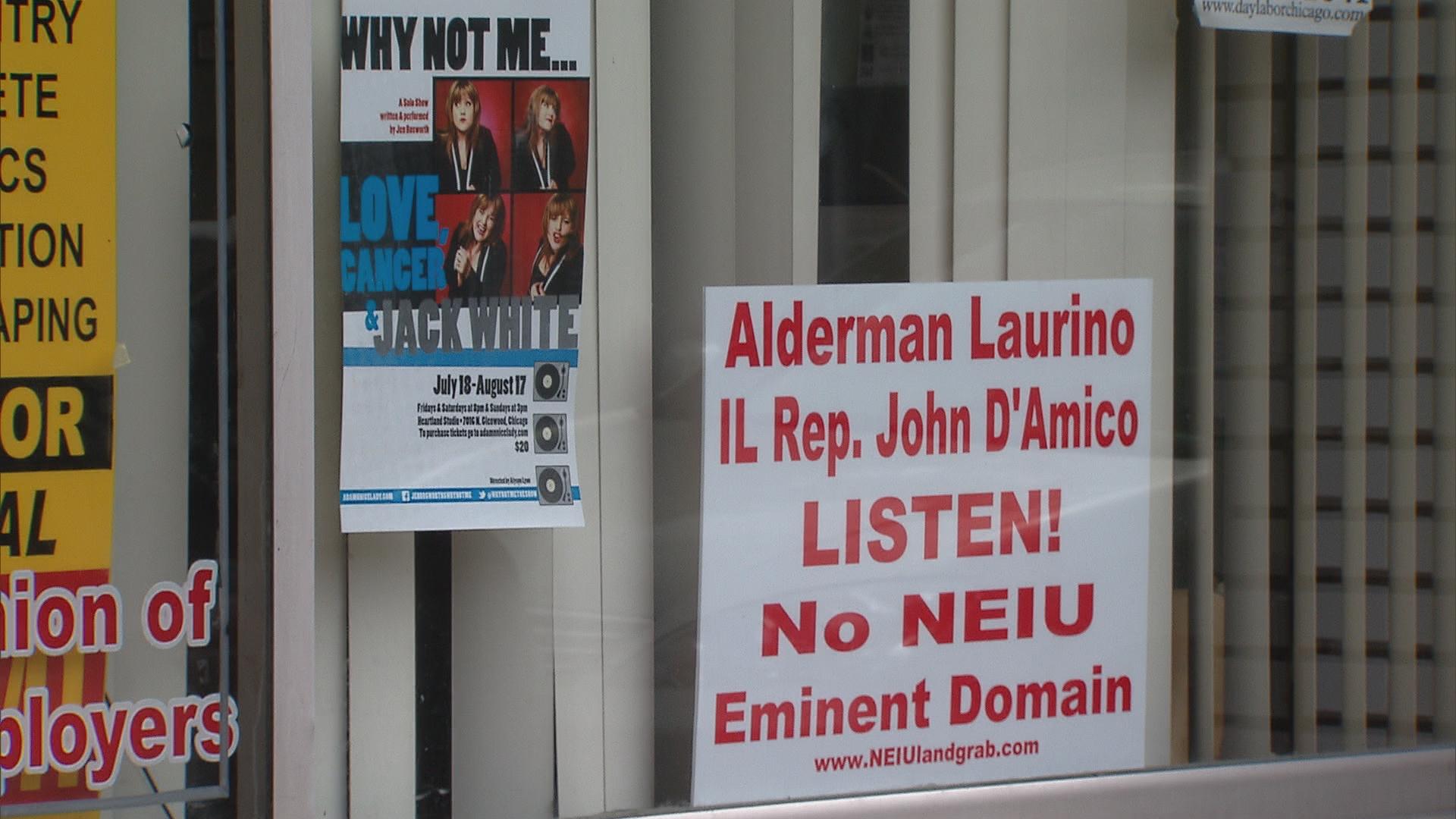 “If the university wants to go according to what their mission, vision and values are than I would hope that we would be heard, and I hope that they will start to listen to the community and hear us say that we are not opposed to the economic development of Bryn Mawr per se; we are just opposed to eminent domain and the way they are going about acquiring these properties when many of the residents feel there is ample space to build on at Northeastern.” Kim Moseid, a North Park resident said.

Northeastern's plan does include on-campus student housing; on the master plan it's labeled as a mixed use development building along Foster Avenue. The university will only say that its student housing component will include hundreds of dorms. But neighborhood residents say the on-campus dorm should be constructed first to determine if indeed all those beds can be filled.

“We would like to see the dorm succeed before they disrupt the lives of all these businesses and residents along Bryn Mawr,” Moseid said.

The university does not yet have architectural renderings of the proposed dorms in part because it has yet to announce the developer project. That developer says NEIU will assume most of the construction costs and operate the facilities.

“That's where we question the use of eminent domain and public use: is it really for public use when this is going to be in the hands of a private company?” Moseid said.

But the law seems to be on the side of NEIU, and the university says there are many community residents in support of the plans.

“We've been a very good neighbor to our neighbors here. We’ve been on this campus since the 1960s and so there are many neighbors who are excited to see us expand our footprint and continue the tradition that we have of using this space in a very responsible and productive way.” Henry said. “We are very confident that we will come to a solution that is best for the owners and for the university and for the community.”

If all goes as planned, NEIU says it hopes to have the off-campus student dorms ready for occupancy in the fall of 2016. 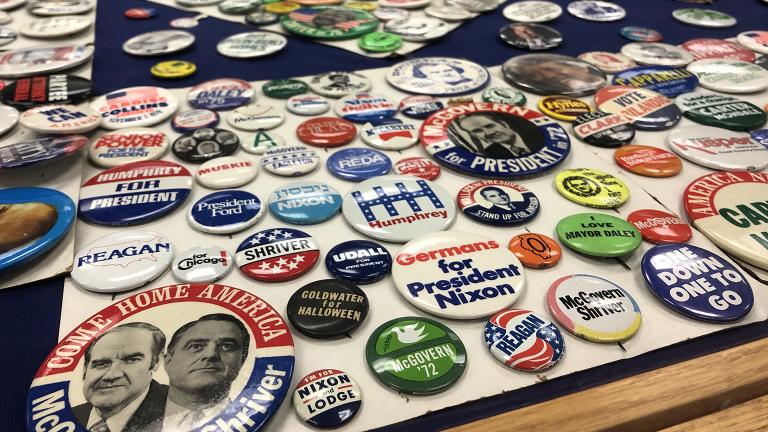