The Cost of Compromise

In an age of polarization and a divided Congress, many are calling for compromise. But in a new book, constitutional law professor Richard Weisberg details how flexibility and compromise have harmed the human race throughout history. Read an excerpt of the book.

IN PRAISE OF INTRANSIGENCE: THE PERILS OF FLEXIBILITY

1 Thinking About the Way We Think

How Flexibility Can Be Fatal 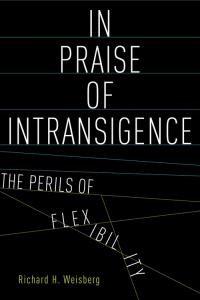 a. The Micro- and Macro-Level Responses to a Crisis

This book is about the downside of flexibility. That quality, seemingly admirable, has not fared well over the long course of history. Our mainstream traditions, both secular and religious, have given us, each in their separate ways, an almost limitless capacity to see the world elastically; they teach us to fold our tents, through a near endless capacity to compromise even what every fiber of our mature brain matter knows to be correct, especially when a “crisis” calls our values into question. These traditions teach us to yield precisely at times when firmness is required. They teach us harmful lessons about effective and moral action in the world. We begin to misperceive our surroundings and to make terrible mistakes.

The opposite of flexibility is an equal but opposite conditioned reflex, an advanced intuition practiced by a small minority of people in our circles of thought these days to avoid such mistakes. These are the “intransigent ones.” They can be awfully wrong at times, but then so can the flexible majority. They can be right, too: it is they who stood up to Hitler while most others compromised. They know, through observation, experience, and reflection, that they may have to call on habituated patterns of coolness under fire that context and surroundings will challenge to the fullest. In “emergencies,” which have become the norm, their steadfastness deserves admiration, and not only after the fact of the so-called crisis. It has been they, most recently since the tragic events of September 11, 2001, intransigent people on the right as much as on the left, who provide an unwavering allegiance to pre-9/11 traditions that have been negotiated away by flexible politicians and analysts of all persuasions. 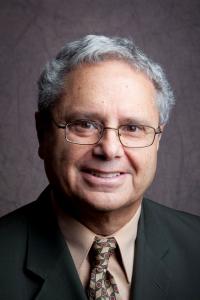 To combat the habit of a compromised falling off from long patterns of sound behavior, these people train themselves to think within fearful and contentious situations before they act in the standard way of yielding to the new and often unwise. They stand firm, or in the words of the neuroscientists, they use “metacognition”—they think about thinking, digging deep and finding a reserve of calm—an “aequanimitas” where the rest of us have been trained to yield to the exigencies of emotion, conformity, and compromise. They do so not only in their own living rooms, where adherence to principle is less risky and often privately admired, but also in public, the only place that needs intractable talk and sometimes action when sound behavior is otherwise negotiated away.

These people reverse the baseline tendency of the majority, who have been conditioned to give ground. Even when pursuing their steadfast practices in an unassuming manner, as most of them do until directly challenged by events, they may tend to annoy the “pragmatic” and accepting majority who resent not so much their substantive positions as the distractingly living proof they offer of consistency and integrity. Agree or disagree with the actual merits of their views on any given specific issue, we may not like such people, because their firmness alone stupefies us. Only after the fact of their self-assertiveness do they sometimes get the credit they were not even seeking during the crisis itself. What appeared to us in the heat of the emergency as an almost mindless unwillingness to compromise gets transvalued later, as we look back at those who did not deviate from what we, pre-crisis, always knew was the correct path.

Excerpted from In Praise of Intransigence: The Perils of Flexibility by Richard H. Weisberg. Reprinted with permission of publisher.

Tags:
rhyan kronzer
Richard Weisberg
In Praise of Intransigence: The Perils of Flexibility