How Old Do You Look?

For years, insurance companies have assessed life expectancy and someday a computer might be able to do it. Jay Olshansky, a professor at the University of Illinois at Chicago, helped create a computer program that calculates how old a person looks from a profile of their face. Additionally, the program predicts life expectancy from health-related habits such as smoking or doing recreational drugs. We look at how the program was developed and what the research could mean for the future.

Read an interview with Dr. Karl Ricanek, Jr., associate professor at the University of North Carolina Wilmington and director of Face Aging Group. 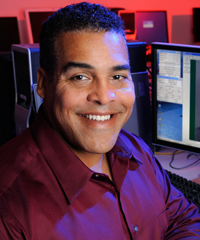 Q: Why was the technology created?

Believe it or not, this project started in 2003, and it started because of missing technology in the face recognition space. I was trying to address these problems in face recognition. The major problem was; how do you recognize faces that have time lapse in between them? Consider trying to recognize an 18 year-old face and the same face at 40. Humans can do that but machines are horrible at that. And so what started in 2003 was a way of modeling the human aging process for the face. I wanted to be able to use humanlike face recognition across time. I started down this road with a few other professors at UNCW [University of North Carolina Wilmington] and over the last 11 to 12 years, we discovered everything there was to know about the human face. That’s thousands of books and articles—we read everything available.

Q: Can you explain the technology?

I developed computer models that could produce age variables of a person—essentially age progression. That approach led me into a new arena of facial analytics. Facial analytics is simply the ability to extract details from an image except identity. It’s everything but face recognition. In 2012, I coined and copyrighted the term facial analytics. I then created algorithms that extract detailed information from more than 100 positions on the face. From this info, I use advanced machine learning technology to determine the age of a face.

Q: And the “face age” can be different from the actual age, right?

The age of the face that we’re looking at is called the “perceived look.” It is not the chronological age or the age from birth of a person.

Q: How do you use the “perceived look” for your research?

This allows us to interrogate the face and determine whether or not they are progressing at the appropriate age. Some age more rapidly because of genetics or behavior such as exposure to the sun, smoking, drug use and things of that nature. My technology then provides a glimpse into the aging of the person based solely on the face. The hypothesis for this is that your health condition as well as the natural aging process will be evident on your face over time. The technology cannot determine whether or not you’re sick or dying but can identify those impacts to your face. For example, smoking has a very unique fingerprint on the face. It causes the skin to dry out sooner and causes more wrinkling and texture changes across the face.

Q: What other health concerns can you identify on the face?

Someone who may be suffering from long-term depression and take anti-depressants for example will make the face age at a faster rate. There has been several experiments conducted on identical twins that have validated (at least anecdotally) this hypothesis. There has not been a way to determine quantitative aging until now thanks to our technology. What they found is that the twin under depression and other health concerns appeared to age faster than the other under human observers. So the face provides clues into genetic differences or health and behavioral differences.

View a graphic on aging's affect on key regions of the face. 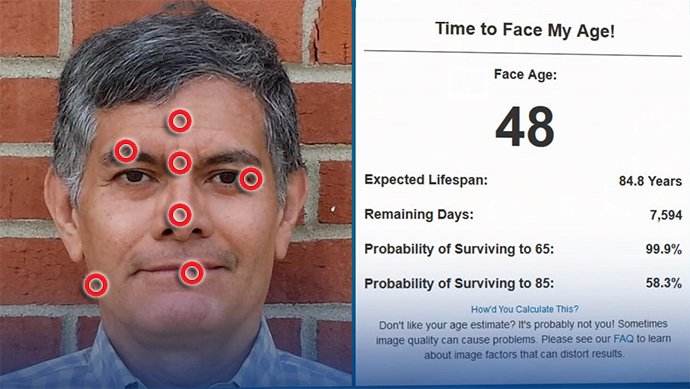