Theater and Dance Critic of the Chicago Sun-Times, Hedy Weiss reviews a production of “Charles Ives” at the Strawdog Theater and more.

Set to the summer of 1942, Eddie, a broke father leaves his sons with their grandmother while he struggles to pay off his debts. The two boys are left to cope with a hot-headed Grandma, an emotional unstable Aunt Bella, and a small-time neighborhood troublemaker Uncle Louie.  Follow the story of this struggling family during one of the most straining-economic times in the nation’s history. Lost in Yonkers runs for 2 hours and 20 minutes, and will be performed though June 8. Tickets costs between $15 and $68. 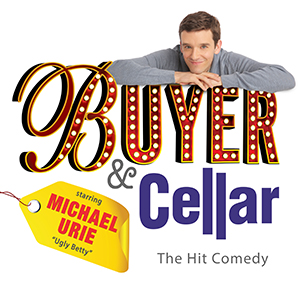 Chicago’s Broadway Playhouse brings a familiar face to the stage. “Ugly Betty” star Michael Urie plays Alex, a struggling actor in L.A. who takes a job working at the mall. His sad story turns into a romantic comedy when he meets an interesting lady in his job’s basement. Follow along as Alex learns the hard way about the price of fame, the costs of love and the misfortune of working odd jobs. Buyer & Cellar will be performed though June 15. Tickets cost between $39 and $81. 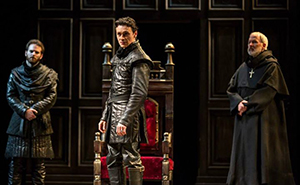 World-renown British director Christopher Luscombe, whose work has been featured at the Royal Shakespeare Company, presents a new interpretation to the legendary coming-of-age story. The story of Henry V follows a charismatic young ruler challenged by the viciousness of warfare and his constant struggle to prove his worth as a man and king. Lost in Yonkers runs for 2 hours and 30 minutes, and will be performed though June 15. Tickets start at $48.

Watch Hedy review the musical Motown and more in the web exclusive video.