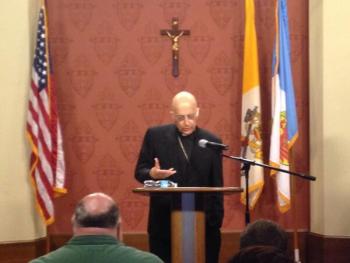 Cardinal Francis George says he’s asked the Vatican to begin the process to find a successor to take over as Archbishop of the Catholic Archdiocese of Chicago. George appeared before reporters Friday morning, a few days after undergoing chemotherapy for cancer in his kidney and liver.

“It isn’t just a question of imminent death, I’m not going to be dying in the next few months, I don’t think,” the Cardinal said. “But, it’s a question of being able to spend your entire energy on being archbishop of Chicago. This is a position that demands a lot of your attention. It looks as if I’m going to have to spend a little more attention on my health, so it’s just not fair to the Archdiocese to have someone not able to do the job as well as I believe it should be done.”

George says the Vatican’s representative in Washington, the Catholic Nuncio, agreed with his request and would begin the search. There is no timetable, according to George, and he says the process, though a long one, will begin with him. The Nuncio will first ask George who he thinks should take his place. The Nuncio will also have other bishops across the country weigh in.

“He can ask anyone he wants. There are lay people he asks. For something like this, it’s a confidential process,” George said.

A list of three names is then submitted to Pope before a final Archbishop is chosen. George says he is curious to find out who his successor will be, and wants to offer his assistance when that person arrives.

He also spoke about the upcoming canonization of Popes John Paul II and John XXIII on April 27 at St. Peter’s Basilica in Rome. Pope Francis made the decision to confer sainthood on the two popes, a decision that was at once popular and controversial.

Cardinal George had initially hoped to be in Rome for the ceremony. But, George says that the trip to Rome would occur during a week where chemotherapy treatment will cause his white blood cell count to be low. That, he says, could expose him to infection.

The 77-year-old Archbishop says he has his good days and bad days, and that today was a good one. His cancer treatment was interrupted last month when he was hospitalized with an infection.

George says it’s highly unlikely that his cancer will ever go away, but seemed upbeat that he could manage the disease with chemotherapy.

“Hopefully it will shrink whatever tumors are there and then contain it,” he said.

Watch the full video of George's news conference below: 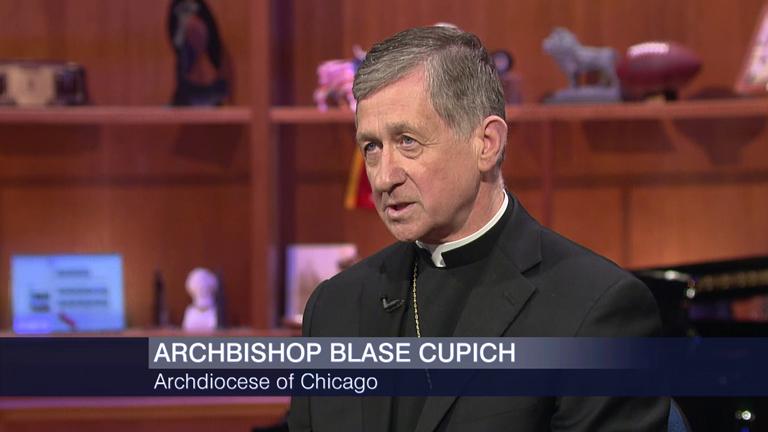 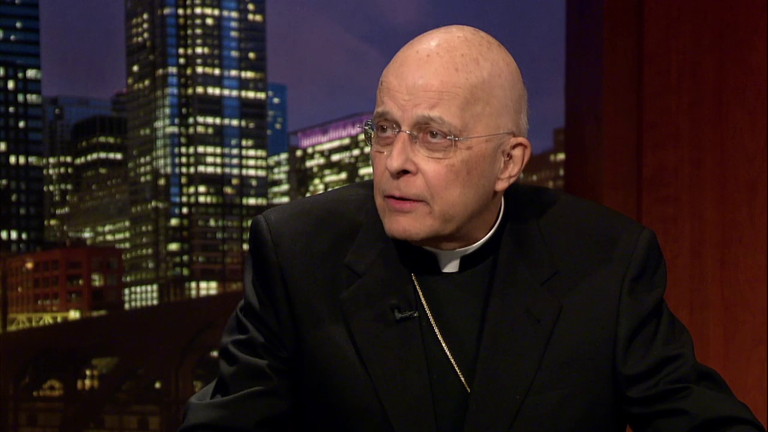