Susan Herman, president of the American Civil Liberties Union, joins us to discuss her book, Taking Liberties: The War on Terror and the Erosion of American Democracy.

Read an excerpt from Herman's book. 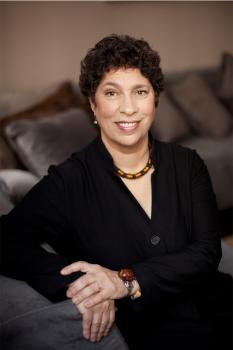 An acquaintance, knowing of my position as president of the American Civil Liberties Union, asked me to tell her what the ACLU was doing these days. “But don’t tell me about that Guantánamo stuff,” she said. “I’m so sick of hearing about that. Why should I care about those people when they’re not even Americans?” I started to explain that the Patriot Act and other post-9/11 antiterrorism measures do affect Americans, including her, but she waved me off, insisting that all of that had nothing to do with her.

This woman is not alone is assuming that the War on Terror does not affect law-abiding Americans, or even that all “that Patriot Act stuff” ended when George W. Bush left the White House. But she is wrong. Her own rights and those of many other ordinary Americans—and even the democracy she takes for granted—are compromised by antiterrorism strategies unleashed after September 11, 2001. She could be one of the hundreds of thousands of innocent Americans the FBI has been spying on using the broad net of the Patriot Act and supplemental powers; her banker and her stockbroker, among many others, have collected financial and other personal data about her to lodge in government databanks, ready to trigger an investigation of her if the government happens to connect some dot of information to her dots (even if she’s done nothing wrong); her computer geek neighbor might be one of the innumerable telecommunications workers and librarians whom the FBI has conscripted to gather information on hundreds of thousands of occasions, perhaps about her friends or acquaintances—and then ordered not to tell anyone anything about their experience on pain of criminal prosecution; her nephew could be the computer studies student prosecuted for providing “material support to terrorists” (a crime punishable by up to fifteen years, imprisonment) because he served as webmaster for a website posting links to other people’s hateful comments; her son could be the college student detained and interrogated for packing his Arabic-English flash cards to study during a plane flight; she could find herself unable to complete an important business or personal trip because her name was incorrectly placed on a No Fly list, or simply because she has a common name, like “T. Kennedy”; her favorite charity could be shut down for years or even permanently because a government bureaucrat once decided to investigate it even if the investigation went nowhere; her generous contribution toward humanitarian relief might be sitting in government escrow for years instead of reaching the intended recipients or being returned to her; her doctor’s assistant could be the young Kashmiri-American who was stopped and searched in the New York City subways on twenty-one separate occasions even though the odds of the same person being selected for a “random” search that often are 1 in 165 million. She might not know the Americans whose lives were seriously derailed because government agents mistakenly identified them as terrorists—like the Oregon lawyer who was falsely suspected of involvement with terrorist incidents in Spain due to an incorrect identification of his fingerprint, or the former University of Idaho football player who was arrested on the pretext that he was needed as a “material witness” although he was never asked to testify—but post-9/11 policies have also fostered devastating mistakes like these. 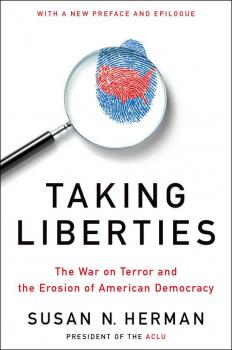 All of these things have happened; all of these things can keep happening. Should we be willing to tolerate this level of surveillance, intrusion, and potential error because these efforts are helping to keep us safe? The beginning of the second post-9/11 decade is a good time to start a serious reevaluation of our approaches to fighting terrorism and to expose and question some underlying assumptions that may not be serving us well. The War on Terror decade has generated a powerful frame for evaluating government antiterrorism strategies, based on three assumptions: (1) terrorism is an exceptional threat; (2) we need to adapt by giving up rights in order to be safe; and (3) our strategies for combating terrorism have to remain secret so we just have to trust the president, who is best able to operate in secrecy, to decide what rights we need to give up. This fear-inflected frame is the very antithesis of constitutional democracy. The time has come to rattle this frame and return to first principles in reevaluating our course.

In this book, I will not be talking about “that Guantánamo stuff.” Many other books, articles, and nationwide conversations have agonized about the legality, constitutionality, and morality of the detention and interrogation policies 9/11 tempted us to use against suspected terrorists. Many scholars and pundits have also criticized the Bush/Cheney Administration up, down, and sideways for its responses to 9/11. This book is about us and it is about now. A decade is a long enough time to allow us to step back and try to look at the whole picture of the costs and benefits of strategies that were forged during the panicky days right after 9/11. The death of Osama bin Laden in some respects ended an emotional chapter, perhaps freeing us to view the costs and benefits of our antiterrorism strategies with a calmer eye. And more than halfway through Barack Obama’s term is a good time to disentangle the criticisms of George W. Bush’s policies, many of which are still with us, from the more personal criticisms of his presidency itself. Read the entire Introduction.

Excerpt from Taking Liberties: The War on Terror and the Erosion of American Democracy by Susan N. Herman published by Oxford University Press USA.

Nick George, 26, a resident of San Francisco, was one of the many people ACLU President Susan Herman featured in her book.

In August 2009, George was making his way through security at Philadelphia International Airport, placing his baggage on the conveyor belt to be screened as he prepared to walk through security.

“[TSA agents] told me to empty my pockets. I handed my stuff to them and that’s when they saw the flashcards,” said George, who was then entering his senior year at Ponoma College where he was studying physics and math, as well as Arabic.

Those flashcards were English-Arabic flashcards George had brought with him to study while waiting for his flight to Ontario, Calif. George’s interest in Arabic began his freshman year in college, and during his junior year of college, he studied abroad in Jordan for a semester.

After the TSA agents confiscated his flashcards, he was taken aside for extra screening.

“The first two guys I was talking to were basically trying to delay me for a while. They didn’t ask any relevant questions,” he said of the 15-30 minute encounter. “Then, a TSA supervisor comes over, and she takes an aggressive tone. She asks me questions, like if I knew who did 9/11. And I said, ‘yes, Osama bin Laden.’ Then she acted like she caught me in a trap.”

Approximately 30 minutes later, two police officers approached George, handcuffed him and placed him in a jail cell inside the airport.

“They marched me through the entire airport, like a perp walk past crowds of people,” he said. “They put me in [the cell] with my handcuffs for a couple of hours.”

“I asked them at one point. 'why is this happening?'” George said. “The captain kind of sneered at me was like, ‘I don’t know. What did you do?’ He thought that was very funny. It seems to me, if you’re arrested and you ask a police officer why you’ve been arrested and they don’t tell you, that’s a sign that something is very wrong.”

Officers would not tell George why he was being questioned. They told him he was being “detained for further investigation,” not arrested.

Hours passed before the FBI agents arrived to talk to George.

Finally, George was released and was booked on a flight for California the next day. After the ordeal, he called his father, a former public defender, to tell him about the events that just transpired.

“He came down [to the airport] and tried to talk to the police officers who held me, and they were extremely rude and defensive,” George said. “There was never any sense of, ‘Oops. Sorry, we probably shouldn’t have done that.’”

George’s story was picked up by Philadelphia reporter Dave Davies after George’s brother wrote an op-ed, which wasn’t published, about George’s ordeal. Davies’ story piqued the interest of the American Civil Liberties Union which then reached out to George.

“Before this [happened], I assumed if the TSA wanted to do something that they can do it. And that’s not the case,” George said. “I’m grateful to the ACLU for reaching out to me and saying that was not right and we can fight it. … You don’t check your constitutional rights at the airport.”

Before the incident at the airport, George said he never thought something like this could’ve happened to him.

“I never in a thousand years would have guessed this would’ve been cause for any kind of scene,” he said. “At some level, people feel like when you go to the airport, somehow the rules change and somehow the TSA is kind of like an omnipotent body, and you just gotta do what they say. That’s probably the biggest reason I want to go forward with this case. The rules are still the rules, and the TSA must follow those as much as everyone else." 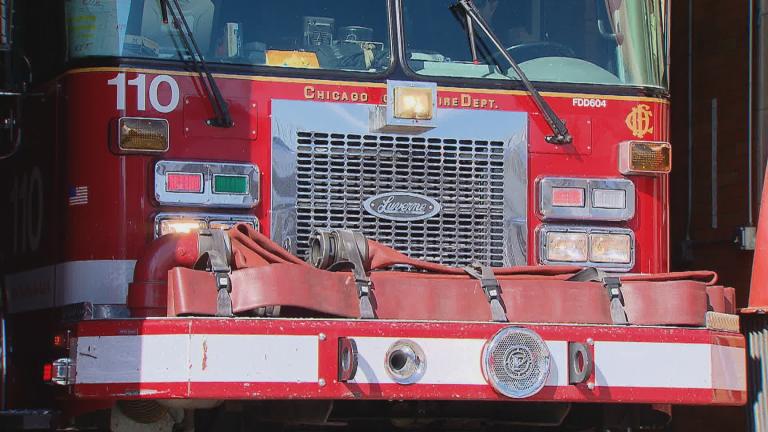 As Chicago Moves to Encrypt and Delay Scanner Traffic, Media and 1st Amendment Advocates Push Back 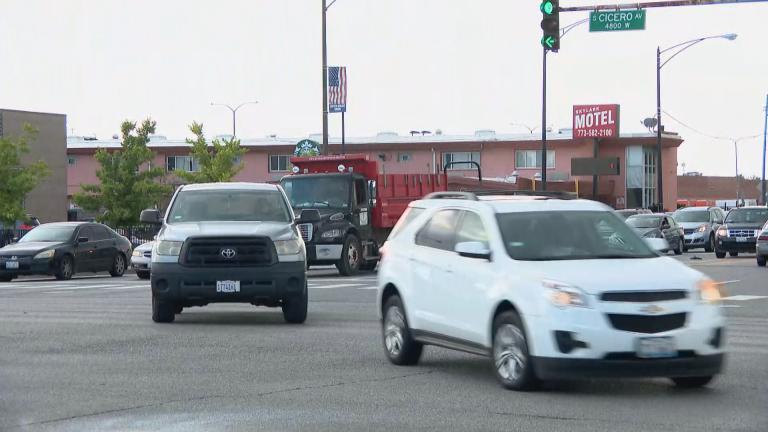 In the Next Decade, All New Cars Will Carry Technology that Monitors for Impaired Drivers