Munar has devoted his entire professional career to building comprehensive systems of care and prevention that meet the needs of vulnerable populations.

He joined the AIDS Foundation of Chicago (AFC) in 1991 and, during his 23-year career at the agency, served as policy director, vice president of policy and communication, senior vice president, and president and CEO, a position he held from 2011 to 2014. As chief officer, Munar managed a $23 million portfolio of care, prevention and policy programs and services.

His two decades of accomplishments fighting HIV/AIDS has advanced sound health policy locally and nationally. In 2007, he helped launch the Coalition for a National AIDS Strategy, which led to the National HIV/AIDS Strategy unveiled by President Obama in July 2010.

Munar has served on numerous advisory councils for the U.S. Centers for Disease Control and Prevention, Health Resources Services Administration, the National Institute of Allergy and Infectious Diseases, and gubernatorial and mayoral transition teams. He has served on the governing boards of the Association of Latino Men in Action, Communities Advocating Emergency AIDS Relief Coalition, the Harm Reduction Coalition, National Association of People with AIDS, and AIDS Action Council, where he chaired the Policy Committee from 2008-2010. He currently serves on the governing boards of the Pediatric AIDS Chicago Prevention Initiative, Funders Concerned About AIDS, Center for Housing and Health, and Equality Illinois.

His work has earned several accolades, including being named a Champion of Change by the White House in 2011. Munar represented the U.S. on a regional panel at the 2010 International AIDS Conference. He was a plenary speaker at the 2009 National HIV Prevention Conference, the 2009 Creating Change National Conference on LGBT Equality, and the Global AIDS Alliance’s 2008 National Democratic Convention gathering.

Munar’s work draws on career experience and perspectives as a bilingual Colombian‐American and gay man living with HIV. He is an avid runner and graduate of Northwestern University. 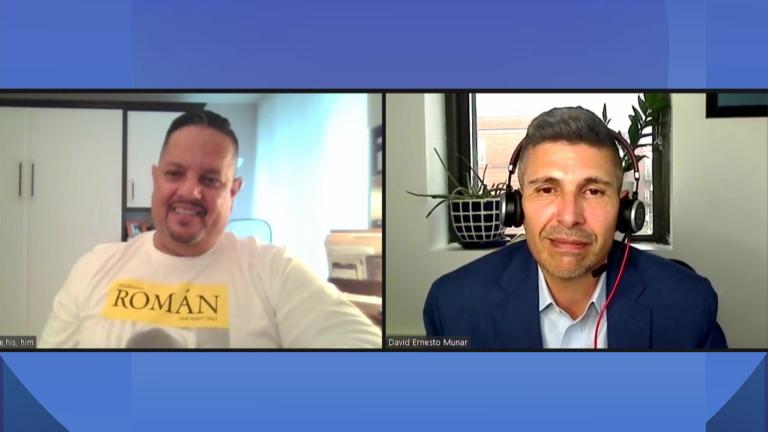 What Coming Out Day Means to Latino LGBTQ Leaders