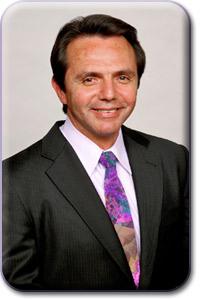 We spoke with Dr. Alberto de Hoyos, director of robotic and minimally invasive thoracic surgery at Northwestern Memorial Hospital, about the risks and benefits of e-cigarettes.

What is an e-cigarette and how do they work?

E-cigarettes deliver nicotine, and were designed as an option for smokers to use smokeless tobacco as a way of getting nicotine, in an effort to provide relief of symptoms of nicotine withdrawal. Some people argue that e-cigarettes help people to quit smoking regular cigarettes because it’s smokeless and there’s no combustion. Typically, it’s battery-operated and delivers a small amount of nicotine to the system, with the addition of some flavoring. The amount of tobacco in the product is very small, just for flavoring, but there is no significant amount of tobacco in this product. Typically, e-cigarettes can last from 150-300 puffs. Tobacco cigarettes last 10-20 puffs.

How do they compare with regular cigarettes?

There is definitely less risk to a person to use a smokeless product, like e-cigarettes. They are not smoking, they are “vaping.”  The product of combustion in tobacco cigarettes has thousands of different chemical products. It’s been demonstrated that tobacco cigarettes have up to 4,000 different chemicals, many of which are carcinogenic. E-cigarettes, because there is no combustion and no tobacco, doesn’t have all that toxicity. So definitely it’s safer to use than a tobacco cigarette. The real question is: are they risk-free? And we don’t think that they are risk-free.

Do they all contain nicotine?

There are some products that have no nicotine. Most give you the option to use nicotine delivery, plus additional flavoring. And the person that uses these devices has the satisfaction of putting the e-cigarette in the mouth and they feel like they are smoking a real cigarette, so there are some psychological benefits.

But it’s not harmless because there is nicotine, and different studies have demonstrated that there are some chemicals, though the amount is small. We don’t know if there is any carcinogenic potential at this point; we don’t have enough evidence. Preliminary results indicate there is a significantly less risk of cancer using these e-cigarettes, but we are not completely sure if they are risk-free in terms of cancer. 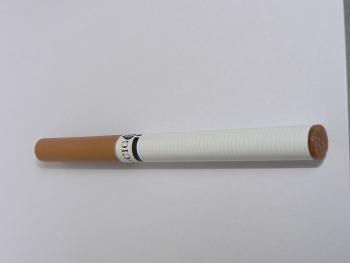 There have been well done, randomized studies with other smoking cessation treatments. We still don’t have the same evidence with e-cigarettes, but there is evidence from smaller studies that e-cigarettes might help people quit tobacco smoking. Nicotine in the e-cigarettes is delivered to the system and replaces the nicotine that is delivered through cigarette smoking, and relives symptoms of nicotine withdrawal.

What are the secondhand smoke risks from e-cigarettes?

Vapor of the mist that is generated is delivered into the environment. Studies that have been done in indoor and outdoor environments appear to indicate that the concentration of these chemicals is very, very small and there’s not enough to cause harm to bystanders. But there are studies that have found small amounts of heavy metals and other chemicals that could be toxic for the person that uses the e-cigarette, but not a bystander.

In your medical opinion, should e-cigarettes be banned from locations where regular cigarettes are banned?

The argument is that they are not completely harmless, so they are being regulated as regular tobacco because they contain nicotine, which is a drug.

The ban passed City Council today. What are your thoughts on that? Do you think it is a move in the right direction?

We support that decision. Anything that can prevent the use of any form of smoking, especially in teenagers, is highly recommended because teenagers can use e-cigarettes for some period of time, but later on they may be hooked on real tobacco. The position of the city of Chicago to pass these recommendations is very beneficial. E-cigarettes should be regulated the same as tobacco cigarettes.

We also spoke with Dr. Bechara Choucair, the Commissioner for the Chicago Department of Public Health, who said the ordinance that passed City Council today has “no relevance on whether or not e-cigarettes are effective smoking cessation devices.” He continued:

“We want to make sure our residents enjoy the right to breathe clean air. Until we know more about the effects and impact of the vapor that’s being emitted, we want to make sure we do no harm and protect those residents. This is not really a ban on e-cigarettes; people can still buy them from over 3,000 retailers in the city. Today’s vote confirms that Chicago is being a national leader on tobacco issues. It’s another step in the right direction to making sure our youth are protected from tobacco and being addicted to nicotine and allowing residents the right to breathe clean air.”

“By choosing to lump e-cigarettes into its smoking ban ordinance, Chicago has taken a lazy and shortsighted approach toward regulating what is a very different product than cigarettes. Although most e-cigarettes have nicotine derived from tobacco, they are very different from other tobacco products, and they should not be regulated the same way.

“E-cigarettes have far fewer consequences for personal and public health, and several studies have found e-cigarettes to be an effective and viable option for smokers seeking a nicotine replacement therapy. Adding e-cigarettes to the smoking ban only disrupts an increasingly popular and successful method of helping Chicagoans reduce smoking or quit altogether.”

View graphics on e-cigarette sales across the United States, and watch Carol Marin and four Chicago aldermen take up the issue.