Fifty years ago today, 200,000 Chicagoans boycotted Chicago Public Schools due to the segregationist policies of Superintendent Benjamin Willis. He placed mobile units on playgrounds and parking lots to solve overcrowding in African American schools. These students were also given secondhand books. Read more about the documentary chronicling the protests of Freedom Day on October 22, 1963 and watch a video clip below.

Why should we commemorate the 1963 Chicago Public School boycott?
By Rachel Dickson 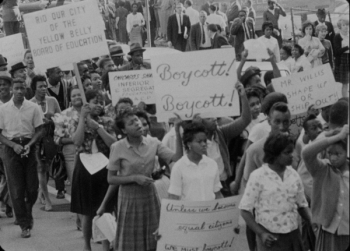 One of the largest and most overlooked civil rights actions of the 1960’s took place in Chicago.  On October 22, 1963, exactly fifty years ago today, many Chicago organizations that were part of the Coordinating Council of Community Organizations (CCCO) staged a school boycott.  250,000 students did not attend school, and at least 20,000 marched on the streets of Chicago.

Most school children learn that Brown v Board of Education made segregation in schools illegal, but what they don’t learn is that continuing discrimination in housing codes made de facto segregation continue long past that historic court decision. In Chicago, the situation in public schools was especially stark, as school boundary lines were carefully drawn to avoid integrating the public schools. A steady migration of black people fleeing conditions in the South caused extreme overcrowding in the black schools, while white schools often had empty seats. Some classes had to meet in hallways, and there were not enough books for all the students in the schools.

Then superintendent of schools Benjamin Willis had to do something to address the overcrowding, but instead of allowing students to cross the color barrier, he started placing trailers in the parking lots of the black schools.  Rosie Simpson of the Englewood community coined the term, “Willis Wagons.”  In some schools, the segregation was maintained even within the school, such as at Waller High School (now Lincoln Park High School), where classes of white children continued to meet inside the building but classes of black children were forced to meet inside the trailers.  Tensions mounted, and parents started organizing.  In some cases, they laid in the dirt overnight to prevent bulldozers from coming to prepare the ground for trailers to be placed. 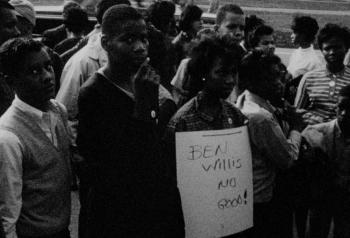 These actions began a wave of larger protests against the systemic and blatant racism which permeated the country.  In February of 1964, New York City had an even larger school boycott. In 1966, Reverend Martin Luther King moved his family to Chicago to begin the Southern Christian Leadership Council’s Chicago Freedom Movement, a campaign expanding their civil rights activities from the South to Northern cities, using nonviolent methods to address the complex economic exploitation of African Americans in the North. King cited the public school boycott and the CCCO’s organizing work as reasons for coming to Chicago. In 1966, after a march in a white neighborhood on the west side of Chicago in which onlookers threw bricks and bottles at the black demonstrators, King said ‘‘I have seen many demonstrations in the south but I have never seen anything so hostile and so hateful as I’ve seen here today.’’

Fifty years later, Chicago continues to be one of the most segregated cities in the country. Many people say nothing has changed. Others say Chicago has only gotten worse. Kartemquin Films, the Chicago documentary powerhouse that made Hoop Dreams and The Interrupters, is now making a documentary film about the 1963 Boycott that’s due to air on PBS in the spring of 2014.  Fifty years ago director Gordon Quinn filmed the march as a 21-year old student at the University of Chicago. He’s looking for participants in the boycott through the interactive website 63boycott.com. The memory and power of that day continues to haunt Quinn as he hunts down the participants to interview them about what the boycott meant to them.  In his interview for ’63 Boycott, Chicago community organizer Bob Lucas told Quinn that “The education in Chicago today in the black community is as bad now as it was then.”

Indeed, though some details have changed, much of the school segregation and unfair resourcing of pubic education remains.  Now, the systematic decimation of public housing has uprooted black communities and displaced many.  The resulting low enrollments gives the city fathers grounds to say the schools are underutilized and this inefficient use of space means these schools must be closed.  Never mind that at the same time that CPS is closing schools they are accepting proposals for new charter schools.  In fact, the move toward privatization and charters is another factor leading to low enrollments.  In Chicago and other urban areas, we now see “school deserts,” or entire neighborhoods where there are no schools, or only charters.  Not surprisingly, these are the predominantly black neighborhoods whose schools have been closed.

The 1963 Boycott is a day worth remembering and learning from. Parents in the black community protested non-violently en masse and made their voices heard.  Chicago Public Schools was forced to release a racial headcount of the schools, showing the extreme segregation in the city. CPS also lost a lot of money due to the low attendance rates that day, and Willis eventually retired early a few years later.  The Willis Wagons lived on, although some were taken away many remained for years.

Fifty years later, Chicago remains at the forefront of education struggles. Last year Chicago saw the first teachers strike in 25 years—an impressive red sea took to the streets demanding better conditions for teachers and students. This year students, teachers, and parents protested the closing of fifty public schools in Chicago. Students and parents staged walkouts, protests, and boycotts. The lessons we have to learn from 1963 are many, and for many, just as important as ever.

Watch a video clip from the documentary:

'63 Boycott - Today is Freedom Day from Kartemquin Films on Vimeo. 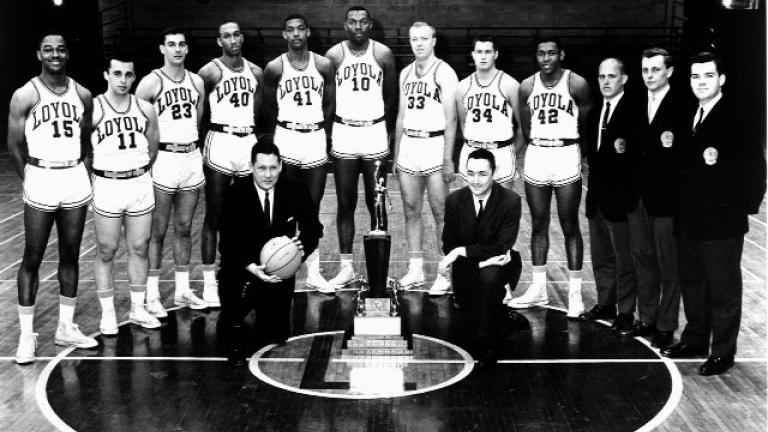