"The Lost World of Fossil Lake" 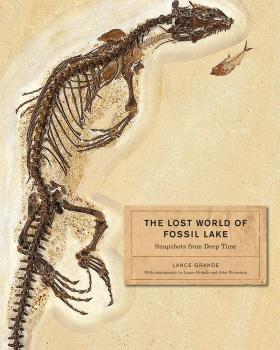 Fifty-two million years ago, after the extinction of dinosaurs, a tropical lake basin surrounded by volcanoes was home to thousands of diverse species. Now that basin is known as Utah's Fossil Lake, with some of the most well-preserved fossils in the world. The Field Museum's Lance Grande brings us some of his fantastic finds from The Lost World of Fossil Lake: Snapshots from Deep Time on Chicago Tonight at 7:00 pm.

Grande, a curator at the Field Museum, has been going to Fossil Lakes for more than 30 years to excavate everything from delicate flowers to intact mammals. Grande says a friend gave him a fossilized fish from Fossil Lake as a student, causing him to switch majors and become a paleontologist. We spoke with Grande about his childhood passions and some of his memorable discoveries.

I was surprised to learn your friend could just buy a fossil--that they’re not all bound for museums or expensive collections, especially given how well-preserved Fossil Lake specimens are.

Fossil Lake is one of those rare localities where the fossils are so abundant that they’re developed commercially. These fossils sell as common curios all the way up to expensive wall pieces. He bought me a small herring fossil, one of the world’s most common vertebrate fossils. You find them everywhere.

As a child, I had looked for fossil snakes in my parents' rock driveway, and I would also go fishing with my grandparents. When I saw this, it was such a beautiful example of something you didn’t have to imagine as being alive. It looked like a living fish but had this unimaginably old age. And it reawakened my passions. 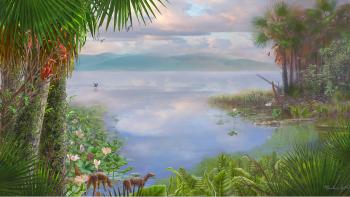 Given the name, this area used to be a lake, but there are fossilized lizards, mammals, and birds alongside fish, crocodiles and plants. What about this area was conducive to such diverse and well-preserved fossils?

There are certain religious groups that hang on this as evidence of the Great Flood, because there are so many species there. But it had to have been an unusual combination of conditions--a lemur-like animal getting caught into a current, pushed out into the lake before it sunk.

The lake was probably stratified, so the bottom layers were probably very toxic and sulfuric. Animals that sunk were protected from predators and were covered with sediments. This kept the bones together long enough to be buried in sediment that became rock. There was constant sedimentation in the lake, a lot of carbonate in the lake, and so it would periodically get a deposit of this lime ooze, which helped encapsulate these things before they fell apart. 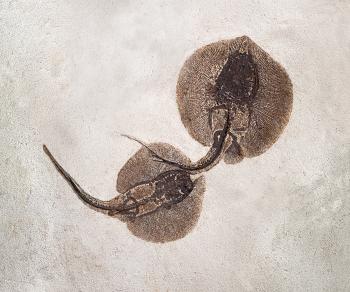 One of the fossils you’re going to bring is a bird that is one of the most well-preserved bird fossils ever found. What makes it so special?

It looks like a dead bird you’d see in the road. It even had the feathers preserved, and it’s a completely unknown family of birds. One of the jobs is to find the specialists with the living groups [of animals] to identify what these fossils are. It took a long time to get current ornithologists to look at fossils. Most of the fossil birds are just bit of bone [and won’t attract ornithologist interest] so they are described by geologists primarily. Here, we get complete skeletons, so it requires that living expertise. In the last five or six years, ornithologists have become exceedingly interested in Fossil Lake because it represents the first occurrence of some species and families in the world. The birds are more diverse and in some case more important than the fishes. 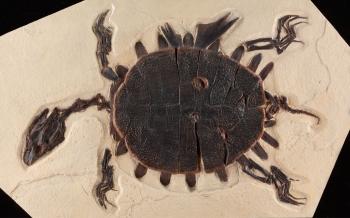 There’s a fossil of a turtle with large punctures in its shell. You believe these are from a crocodile’s teeth?

I think of it as battle scars. The turtle looks in great shape besides those marks, so I doubt it was infection stemming from the bite [that killed it]. It’s fun to speculate though, but these are the kinds of questions we can never know the answer to. This turtle is about 10 inches long, and there are species alive today of this particular group. It’s a North American-Asian connection that is so prevalent in this lake. It’s showing a former geographic arrangement--when North America was split into two subcontinents, one half was still connected to Asia. 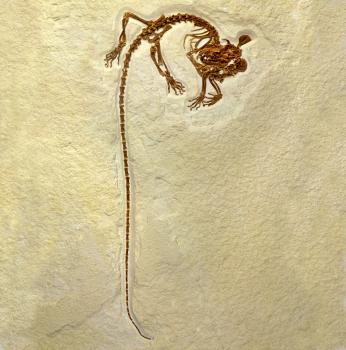 Several of the fossils are of unidentified species. One of the most striking is of an unspecified mammal that resembles a lemur. What’s significant about this animal?

Right now, it’s the subject of a PhD thesis and it’s in the process of being described. It’s going to be named and researched to the point where we know what its closest relatives are. Most fossil mammals from this period are isolated teeth or knuckle bones. Fossil Basin is almost unique in the completeness of its fossils, from millions of years ago to today. To get something this complete is almost unheard of for a mammal. This is helping paleontologists figure out what bones go with what teeth from other localities. When fossils are found here, paleontologists love it because it helps them solve problems. They often don’t know which bones go together--this is like a Rosetta Stone.