The Struggle For The Constitution

The Roberts Court has become the most conservative Supreme Court in decades--but acts in distinctly unconservative ways, writes Marcia Coyle.

The chief Washington correspondent for The National Law Journals writes in her new book, The Roberts Court, that the current Court has "a muscular sense of power, a notable disdain for Congress, and a willingness to act aggressively." It answers questions it has not been asked to resolve, does not defer to decisions by elected officials, and overturns precedents.

Coyle joins us on Chicago Tonight at 7:00 pm. Read an excerpt from The Roberts Court. 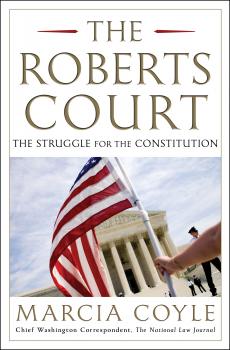 Your book closely examines four decisions out of the Roberts Court--the 2007 Seattle-Louisville public school congregation cases; Heller, which ruled the Second Amendment granted a personal right to guns; Citizen United, the campaign finance case that lifted many corporate giving restrictions; and the Affordable Care Act case. Why did you pick these four cases?

I was looking for what you would call landmark or signature cases, and these four are considered probably the most important cases that the Court has decided in its first seven years. I picked 5-4 cases, not to show that the court is always divided 5-4, and it isn’t. They run maybe between 15-20 percent of the cases, which shows you how much consensus there is in general. But the 5-4 decisions tell us the most about the differences between the justices and how they approach the Constitution.

There’s a quote from former Justice David Souter in the book, where he says that in order for the public to judge the Supreme Court, it needs to read its decisions. How widely read are the justices’ opinions?

With major decisions, controversial decisions, even publications like The New York Times or The Wall Street Journal publish the decision or will link to it. Maybe it’s asking the public too much to do that, but if it’s important to you, Souter is saying, you should read it.

Is that too much to ask before you condemn or applaud the Court? These are really tough questions for the justices and often there are no clear answers in the Constitution. As Souter said, it’s very specific in certain areas, such as the age you need to be to run for president, but in others, it’s very vague. It forbids unreasonable searches and seizures. What’s unreasonable about a particular search and seizure?

The main audiences for their opinions are lower courts, state and federal government, and lawyers. But how much do you think the justices keep the public in mind when writing opinions?

I think they keep it very much in mind. I have seen over the years a difference in how they write. I think the Chief Justice in particular writes as plainly as possible. A number try not to use a lot of footnotes, use language people will understand. I think that’s come about in recent years. Some were so dense, it would give you a headache going through them. Justice Kagan, if you read her opinions, they’re often funny, and she uses lots of hypothetical examples, really down-to-earth things people can understand. I think it does show they’re thinking about the public.

You write that “few who closely watch the Court doubt that is it the most conservative in decades.” On that note, I wanted to know what you thought of a recent study in the Michigan Law Review that said the Roberts Court was the most business-friendly Court in 70 years.

I think they make a pretty good case for that, but I think you have to look closely at what’s happening. What do you mean by pro-business? Some of the justices in the book address this. They say it’s really more anti-big litigation. Business is often the target of big litigation, like class actions. Some justices feel that is costly, inefficient, and sometimes frivolous. That hostility comes across in oral arguments in those cases. This Court interprets job discrimination law narrowly, with the exception of retaliation of employers. They don’t like that. They’ve also erected higher bars for people to get a lawsuit into court and survive it. Usually that’s to the benefit of business.

I think it’s a credible claim, but justices would point out exceptions to that claim. I also think they’re taking more business cases than they have in the past. Business is pressing a lot of issues they want to decide. Businesses want clauses in consumer contracts that you have to arbitrate disputes. They want those clauses read literally. This court, across the bench, is pro-arbitration. They think it’s faster and cheaper. But it may not always be a fair playing ground and consumer groups are pushing back against business. 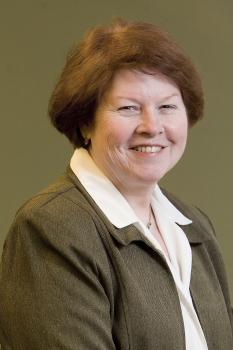 A 5-4 decision carries the same weight of law as a unanimous one. But do 9-0 opinions, the ones Chief Justice Roberts wants to increase, carry more than just symbolic weight among justices when deciding to overturn precedent?

A 5-4 opinion shows to lower courts and to lawyers that even though it's respected as precedent, that it’s very possible that the composition of the Court could change someday. Chief Justice Rehnquist was known as the lone dissenter. He would say he wasn’t writing for today, he was writing for tomorrow when the composition of the Court may change and the dissent can become majority opinion. If it’s unanimous or even 7-2, it’s not only showing that the Court has reached great agreement, but it’s a clearer statement of the law to lower courts. It also sends a message to lawyers that you won’t have an easy time changing what we’ve done here.

Chief Justice Roberts wanted fewer 5-4 opinions. But there were a lot of separate writings, concurring opinions, and that can get confusing. All chief justices would love to have the court speak with one voice as much as possible. He’s had considerable consensus, but there are areas where they have very strong differences--areas of race, guns, money in elections and health care.

Much of the news coverage about Supreme Court cases focuses on oral arguments before the justices. But justices feel the written briefs they read beforehand are much more important?

You have 60 pages to lay out your argument in a brief. That’s going to be a lot more thorough and persuasive than 30 minutes in front of the justices, where you’re fielding questions every 30 seconds. The briefs are where justices can dig into arguments.

Some don’t think oral arguments are tremendously important, but they feel the arguments have changed minds. A justice may come into oral arguments on the edge of a decision and the argument may firm up that justice. This Court in particular is such a hot bench with so many questions, they push the lawyers in front of them hard, to see what the outer edge of an argument is. In terms of this Court, most of the justices find the arguments very helpful. Also, the justices don’t talk about the cases amongst themselves until after oral arguments. This is the first time they hear what’s on another justice’s mind. Often, they’re talking to each other during oral arguments, and lawyers are the conduit for an idea or a suggestion.