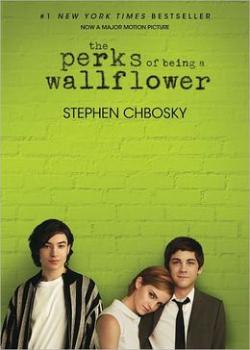 The decision to ban a popular book from a west suburban school angers students and parents.

Eighth graders at Hadley Junior High will have to head to the public library if they want to read Stephen Chbosky’s popular book, The Perks of Being a Wallflower.

A District 41 Board of Education decision on April 29 to remove the book from classrooms at Hadley has drawn the ire of students and parents in the western suburb of Glen Ellyn.
Calling the ruling censorship and an infringement on their freedom of expression, about 50 students and parents attended a Board of Education meeting Monday night to demand the board reconsider its decision.
According to Julie Worthen, communications director for District 41, the saga began on March 14, when the parents of an 8th grade student at Hadley brought their concerns about sexual content and profanity in the book to the attention of the school board. The book was included in a literacy classroom collection for 8th graders, not the school’s main library. Students could choose to read the book as an independent reading selection.
At the parents’ request, the book was evaluated by a “reconsideration committee” at the school, comprised of an administrator, teachers, a librarian and a parent. After reviewing the book, the group recommended it be retained, but that the school increase the frequency of reminders sent to parents stressing awareness about books their child may be reading.
Currently, such notices are sent home with students for their parents to read once at the beginning of each school year.
But the committee recommendation didn’t last: the parents who initially sought the book’s removal from the school appealed the decision to the district Board of Education, which voted 4-2 to NOT uphold the recommendation of the reconsideration committee. As a result, the book has since been removed from classrooms at Hadley.
Sam Black, a two-year veteran of the district Board of Education, who was named board president at Monday’s meeting, was one of the four board members who voted to ban the book.
“My personal feeling is that I’m never interested in censoring a book,” said Black, who read the book prior to the appeal hearing. “Having said that, the standard that we had to apply was an age-appropriate standard. Among many other considerations, there is an age-appropriate standard that needs to be applied to materials that are in our libraries. I applied that standard to this book in the appeals process and did not feel that the book was age-appropriate for a middle-school classroom.”
Others, like Terra Costa Howard, an eight-year veteran of the District 41 Board of Education and one of two members who voted to uphold the “reconsideration committee” recommendation, disagree with the board’s decision. As of Monday, after choosing not to run for reelection, Howard is no longer serving on the board.
“First of all, I don’t believe it’s a board member’s role to remove books from the school,” said Howard. “My role is to leave those decisions up to the educators who know what’s best for the kids.”
According to Howard, a group of students presented a letter to board members at Monday’s meeting and expressed their disagreement with the board’s decision.
“One of the main topics they discussed was how various characters in the book spoke to them, that they were not alone and that it is OK to be different,” said Howard. “By removing this book from the shelves, they felt their right to relate to these characters was being denied.”
The Perks of Being a Wallflower is no stranger to controversy; the book’s treatment of topics like homosexuality, drug use and sexual behavior through its high school-aged protagonist has led to challenges and bans in several schools and districts around the country since its release in 1999.
“I think it’s a book that has strong themes, but I think that it has value for adolescent readers,” said Chris Abbott, the Hadley Junior High librarian. “Certainly, it’s not for everyone, but the right to determine that should be between the parents and the child.”
According to Worthen, District 41 Superintendent Dr. Ann Riebock made clear that the district plans to revisit the process by which materials are considered, and that she is hopeful the matter will be resolved in a “win-win situation.”
But, as of Wednesday, the book is still banned from Hadley, and Worthen says no timeline has been set for further reconsideration of the board’s ruling.