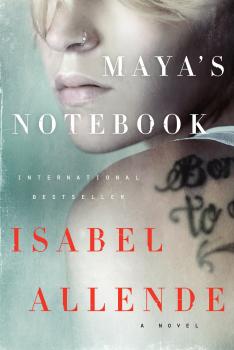 A week ago my grandmother gave me a dry-eyed hug at the San Francisco airport and told me again that if I valued my life at all, I should not get in touch with anyone I knew until we could be sure my enemies were no longer looking for me. My Nini is paranoid, as the residents of the People’s Independent Republic of Berkeley tend to be, persecuted as they are by the government and extraterrestrials, but in my case she wasn’t exaggerating: no amount of precaution could ever be enough. She handed me a hundred-page notebook so I could keep a diary, as I did from the age of eight until I was fifteen, when my life went off the rails. “You’re going to have time to get bored, Maya. Take advantage of it to write down the monumental stupidities you’ve committed, see if you can come to grips with them,” she said. Several of my diaries are still in existence, sealed with industrial-strength adhesive tape. My grandfather kept them under lock and key in his desk for years, and now my Nini has them in a shoebox under her bed. This will be notebook number nine. My Nini believes they’ll be of use to me when I get psychoanalyzed, because they contain the keys to untie the knots of my personality; but if she’d read them, she’d know they contain a huge pile of tales tall enough to outfox Freud himself. My grandmother distrusts on principle professionals who charge by the hour, since quick results are not profitable for them. However, she makes an exception for psychiatrists, because one of them saved her from depression and from the traps of magic when she took it into her head to communicate with the dead.

I put the notebook in my backpack, so I wouldn’t upset her, with no intention of using it, but it’s true that time stretches out here and writing is one way of filling up the hours. This first week of exile has been a long one for me. I’m on a tiny island so small it’s almost invisible on the map, in the middle of the Dark Ages. It’s complicated to write about my life, because I don’t know how much I actually remember and how much is a product of my imagination; the bare truth can be tedious and so, without even noticing, I change or exaggerate it, but I intend to correct this defect and lie as little as possible in the future. And that’s why now, when even the Yanomamis of the Amazonas use computers, I am writing by hand. It takes me ages and my writing must be in Cyrillic script, because I can’t even decipher it myself, but I imagine it’ll gradually straighten out page by page. Writing is like riding a bicycle: you don’t forget how, even if you go for years without doing it. I’m trying to go in chronological order, since some sort of order is required and I thought that would make it easy, but I lose my thread, I go off on tangents or I remember something important several pages later and there’s no way to fit it in. My memory goes in circles, spirals, and somersaults.

My name is Maya Vidal. I’m nineteen years old, female, single—due to a lack of opportunities rather than by choice, I’m currently without a boyfriend. Born in Berkeley, California, I’m a U.S. citizen, and temporarily taking refuge on an island at the bottom of the world. They named me Maya because my Nini has a soft spot for India and my parents hadn’t come up with any other name, even though they’d had nine months to think about it. In Hindi, maya means “charm, illusion, dream”: nothing at all to do with my personality. Attila would suit me better, because wherever I step no pasture will ever grow again. My story begins in Chile with my grandmother, my Nini, a long time before I was born, because if she hadn’t emigrated, she’d never have fallen in love with my Popo or moved to California, my father would never have met my mother and I wouldn’t be me, but rather a very different Chilean girl. What do I look like? I’m five-ten, 128 pounds when I play soccer and several more if I don’t watch out. I’ve got muscular legs, clumsy hands, blue or gray eyes, depending on the time of day, and blond hair, I think, but I’m not sure since I haven’t seen my natural hair color for quite a few years now. I didn’t inherit my grandmother’s exotic appearance, with her olive skin and those dark circles under her eyes that make her look a little depraved, or my father’s, handsome as a bullfighter and just as vain. I don’t look like my grandfather either—my magnificent Popo—because unfortunately he’s not related to me biologically, since he’s my Nini’s second husband.

I look like my mother, at least as far as size and coloring go. She wasn’t a princess of Lapland, as I used to think before I reached the age of reason, but a Danish air hostess my father, who’s a pilot, fell in love with in midair. He was too young to get married, but he got it into his head that this was the woman of his dreams and stubbornly pursued her until she eventually got tired of turning him down. Or maybe it was because she was pregnant. The fact is, they got married and regretted it within a week, but they stayed together until I was born. Days after my birth, while her husband was flying somewhere, my mother packed her bags, wrapped me up in a little blanket, and took a taxi to her in-laws’ house. My Nini was in San Francisco protesting against the Gulf War, but my Popo was home and took the bundle my mother handed him without much of an explanation, before she ran back to the taxi that was waiting for her. His granddaughter was so light he could hold her in one hand. A little while later the Danish woman sent divorce papers by mail and as a bonus a document renouncing custody of her daughter. My mother’s name is Marta Otter, and I met her the summer I was eight, when my grandparents took me to Denmark.

I’m in Chile, my grandmother Nidia Vidal’s country, where the ocean takes bites off the land and the continent of South America strings out into islands. To be more specific, I’m in Chiloé, part of the Lakes Region, between the forty-first and forty-third parallel south, an archipelago of more or less nine thousand square kilometers and two hundred thousand or so inhabitants, all of them shorter than me. In Mapudungun, the language of the region’s indigenous people, chiloé means “land of cáhuiles,” which are these screechy, black-headed seagulls, but it should be called land of wood and potatoes. Aside from the Isla Grande, where the most populous cities are, there are lots of little islands, some of them uninhabited. Some of the islands are in groups of three or four and so close to each other that at low tide you can walk from one to the next, but I didn’t have the good luck to end up on one of those: I live forty-five minutes, by motorboat, when the sea is calm, from the nearest town.

My trip from northern California to Chiloé began in my grandmother’s venerable yellow Volkswagen, which has suffered seventeen crashes since 1999, but runs like a Ferrari. I left in the middle of winter, one of those days of wind and rain when the San Francisco Bay loses its colors and the landscape looks like it was drawn with white, black, and gray brushstrokes. My grandmother was driving the way she usually does, clutching the steering wheel like a life preserver, the car making death rattles, her eyes fixed on me more than on the road, busy giving me my final instructions. She still hadn’t explained where exactly it was she was sending me; Chile, was all she’d said while concocting her plan to make me disappear. In the car she revealed the details and handed me a cheap little guidebook.

“Chiloé? What is this place?” I asked.

“You’ve got all the necessary information right there,” she said, pointing to the book.

“The farther the better. I have a friend in Chiloé, Manuel Arias, the only person in this world, apart from Mike O’Kelly, I’d dare ask to hide you for a year or two.”

“Look, kiddo, there are moments when a person has no control over their own life—things happen, that’s all. This is one of those moments,” she announced with her nose pressed against the windshield, trying to find her way, while we took stabs in the dark at the tangle of highways.

We were late arriving at the airport and separated without any sentimental fuss; the last image I have of her is of the Volkswagen sneezing in the rain as she drove away.

I flew to Dallas, which took several hours, squeezed between the window and a fat woman who smelled of roast peanuts, and then ten hours in another plane to Santiago, awake and hungry, remembering, thinking, and reading the book on Chiloé, which exalted the virtues of the landscape, the wooden churches, and rural living. I was terrified. Dawn broke on January 2 of this year, 2009, with an orange sky over the purple Andes, definitive, eternal, immense, as the pilot’s voice announced our descent. Soon a green valley appeared, rows of trees, pastures, crops, and in the distance Santiago, where my grandmother and my father were born and where there is a mysterious piece of my family history. 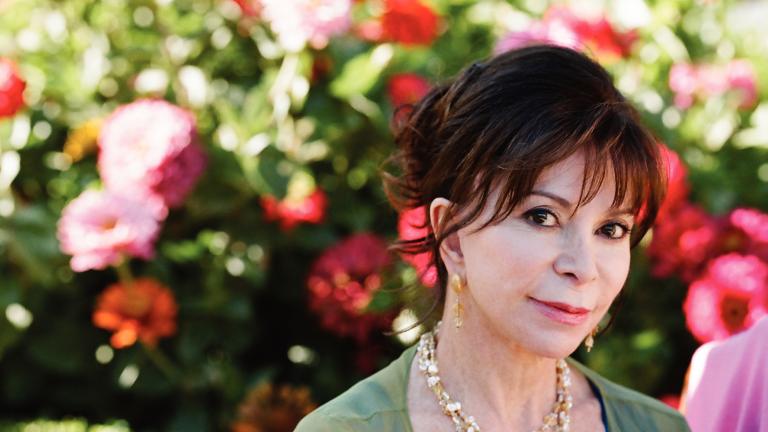