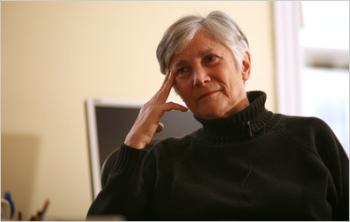 Diane Ravitch was one of the strongest voices in the school reform movement—advocating for school choice, charters and No Child Left Behind. But less than a decade ago, Ravitch had a change of heart. The reliance on standardized testing, she now says, has caused schools to ignore the "humanistic" elements of education.

A researcher writing on the problems with public education, Ravitch was tapped in 1991 to become an Assistant Secretary of Education in George H. W. Bush’s administration. There, she pushed for national education standards—detailing what subjects students should know by which grade level. Those ideas became the basis for President George W. Bush’s No Child Left Behind law, which mandated schools to be 100 percent proficient in various subjects by 2014.

Ravitch left the Department of Education in 1992, and joined some conservative think tanks, promoting charter schools. At the time, she says, the research into charter schools was promising, but speculative. Without some of the restrictions states put on neighborhood schools, charters were thought to become “innovation laboratories,” where innovative ideas could be brought back into the traditional school system.

But research began to show that charter schools, in aggregate, don’t perform much better than neighborhood schools. She also had some personal experience in managing charter schools.

“I was on the board of a conservative think tank that was sponsoring charter schools in Dayton, Ohio. And I thought, ‘Oh, these are going to be a silver bullet. Now we’re going to save children from bad public schools,’” Ravitch says. “Well, every one of the charter schools we were sponsoring was an academic emergency or on academic watch. And so I thought, ‘That’s no silver bullet at all.’”

Ravitch is also a vocal opponent of basing teacher performance and setting school funding based on student test scores. Ravitch once believed that these national tests could show objective measurements on school performance. But once funding became tied to those scores—and the pressure to constantly improve results led to watering down of tests—she became disillusioned of how her ideas were being put into practice.

Low scores, she says, can be the product of poverty and problems at home, which are beyond a teacher’s control. But without using test scores, it can be difficult to get beyond the typical designation of “good” and “bad” schools. I asked her a question about how Chicago Public Schools’ could close low-performing charter schools next year.

“Charter schools are not really under market forces. Given what we know from the data—” Ravitch says, before interrupting herself. “The problem is we’re using ‘good’ and ‘bad’ based on test scores. And the scores are not intended to measure teacher or school quality. They’re being misused…We can never close the achievement gap by testing. Tests reflect the gap, but don’t close it. The bottom half is always overpopulated by kids who are poor.”

The only way, then, to judge a school is by its intangibles—good schools have a strong culture of collaboration, with teachers working as a team to better their students.

“That’s true for charter schools or regular schools. But today we only discuss good schools in terms of test scores,” Ravitch says. “But we don’t know if they’re preparing students to be good citizens. It’s all about those bloody tests.”

Ravitch joins us on Chicago Tonight at 7:00 pm.