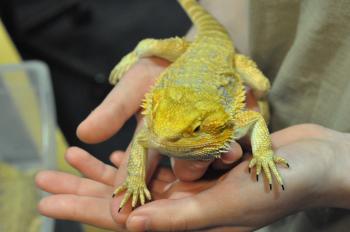 Pet snakes are not just for eccentrics.

At least that's the message Chicago Herpetological Society member Steve Sullivan is hoping to get across at this year's ReptileFest. He joins us on Chicago Tonight at 7:00 pm with fellow CHS member Deb Krohn, and some of their reptile pets.

"Reptiles and amphibians are often viewed as pets that only weirdos have, but it's the fastest growing pet industry, and a lot of people have a passion to study them," said Sullivan, who is the senior ecologist at the Peggy Notebaert Museum.

For example, "the image of a boa in the popular mind is the giant constrictor, but they can be a wide range of sizes," Sullivan said. "They're not all massive scary animals."

ReptileFest, billed as the largest educational reptile and amphibian show in the country, opens Saturday afternoon at the University of Illinois at Chicago. There, visitors can see and touch hundreds of lizards, snakes, frogs, and turtles, and hear from vets and animal experts on pet care.

Many reptiles have been domesticated as pets, much like cats and dogs, Sullivan said. But while it took thousands of years to turn wolves into pet dogs, it only took a few decades to domesticate some breeds of snakes because they reproduce so much faster. 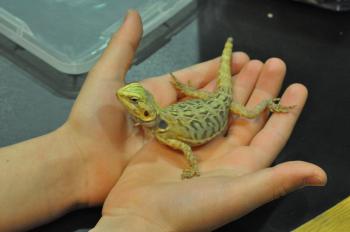 "Snakes have a wide range of very plastic genes we can mess with," he said. "You can get a lot of colors on cats, but not a whole lot of body types."

According to Sullivan, domesticated corn snakes have a decreased flight instinct, have shorter and thus "cuter" faces, are more tolerant of temperature extremes and are "nowhere near as aggressive," as their wild counterparts.

Sullivan says he always had a passion for nature, and began studying reptiles when he was in grade school.

"As a kid, anytime I saw some kind of cool animal, I wanted to get closer to it, wanted to learn more about it," Sullivan said. "Unlike birds that you can only look at, you can physically experience [reptiles]."

He even created a mini-museum of his own design, filled with rocks, insect specimens, and fossils.

"Some of my earliest memories are picking up very specific rocks on a ski slope," he said. "Some of my most prized positions were snake sheds I found in the wild."

Naturalist Krohn said many reptile lovers find their passion at an early age.

"We like animals most people will run from," she said. "We root for the underdog." 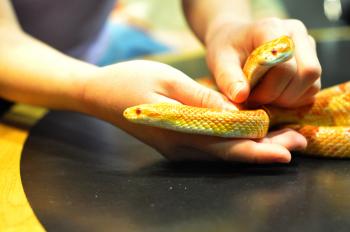 Some reptile owners don't know enough about proper care, Krohn says--another reason for ReptileFest. One of Krohn's sulcata tortoises contracted a bone disease, distorting and cracking its shell, because its previous owner fed it too many bananas. The bananas had too many sugars, which don't occur in the the sulcata's natural habitat.

Through the show's education efforts, Krohn said, "We're just trying to save the world, one snake at a time."

View a photo gallery of some of Krohn and Sullivan's pets below. 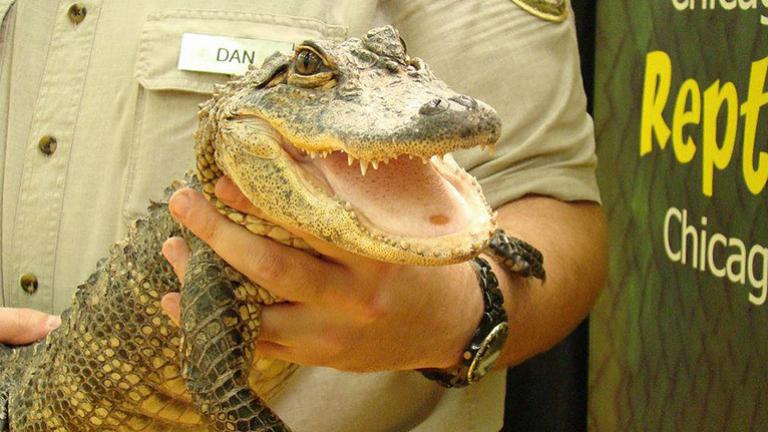 ReptileFest Slithers Back to Chicago 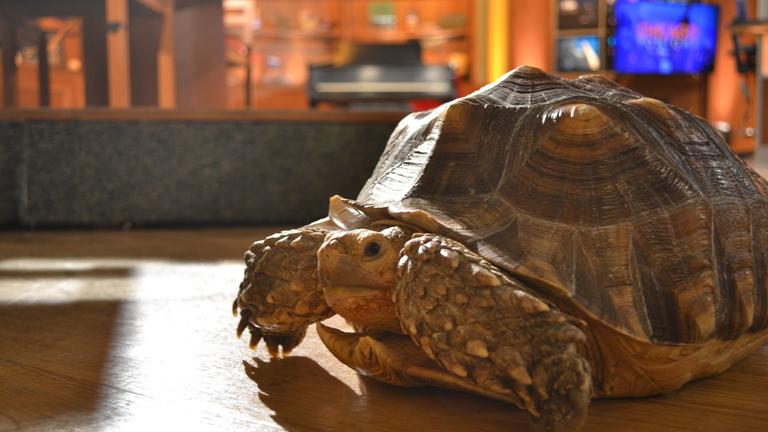