The debate between Rep. Adam Kinzinger and Rep. Donald Manzullo was the most contentious yet at Chicago Tonight, as the Republican candidates attacked each other’s conservatism and expertise.

The most passionate exchange came as moderator Carol Marin asked a question about Super PAC funding in the national campaign. Kinzinger, a freshman, quickly pivoted to the race for the 16th District, accusing 10-term Congressman Manzullo of running false attack ads.

Manzullo ruffled through a small newspaper in front of him, a mailing produced by the Kinzinger campaign.

“This is your tabloid,” Manzullo said. “This is the one you put out that made my wife weep.”

The two congressmen talked over each other for a few seconds, repeating attack lines.

“I think I should have started with that last question first,” Marin said, as the debate ended.

As is always the case with these debates, the day got off to a much more pleasant start. Kinzinger and Manzullo arrived within minutes of each other, about 45 minutes before the taping.

“In the House, there are two sets of double doors to the press room,” Manzullo said, setting up a joke about the intelligence of journalists. “And on one of the doors was a sign that said ‘Door broken, please use the other door.’ Well, a few days later, there was a sign on the second door: ‘This is the other door.’”

Manzullo also came prepared with a pile of positive media coverage, some of which he held in front of the camera during the debate.

When it was time to head down to the studio, both candidates chatted with Marin about the relevance of the Illinois primary to the Republican presidential nomination.

“I wouldn’t have expected it,” Kinzinger said.

He added that after his own election is settled, he’d like to campaign with one of the presidential candidates, but said he’s not saying who until after March 20.

Watch the candidates’ discussion from our show. Visit the image gallery below to see behind-the-scenes photos. 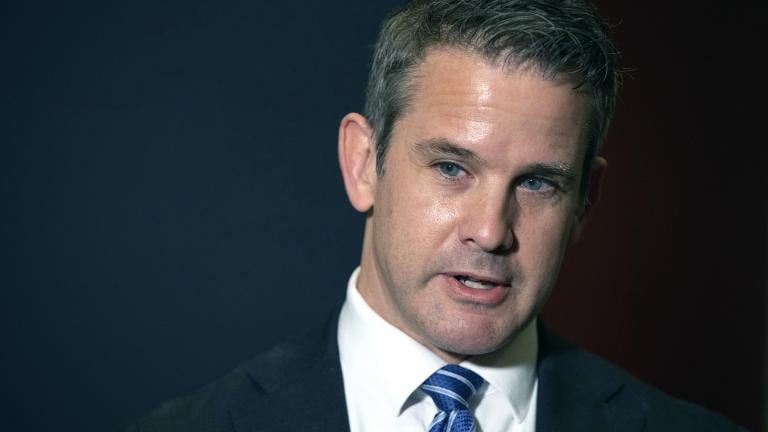 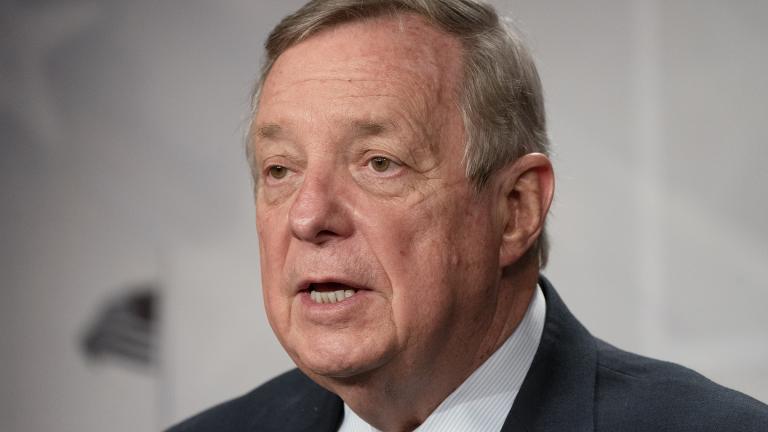