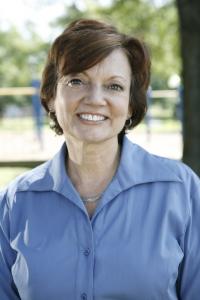 Debbie Halvorson is facing incumbent Jesse Jackson, Jr. in the race for the Democratic nomination for Congress in the 2nd District. It’s widely considered one of the most hotly contested races of this primary season. Halvorson has been outspoken against Jackson, Jr., citing an Ethics Committee investigation and his efforts to build the long-awaited Peotone Airport. But the numbers speak for themselves—Jackson, Jr. has spent 17 years in Congress compared with Halvorson’s two—and she was ousted after only one term by Republican Adam Kinzinger. So what does Halvorson think she can offer the 2nd District that Jackson, Jr. can’t?

Chicago Tonight spoke with Halvorson to find that out and more. And don’t forget to watch Halvorson alongside her opponent, Rep. Jesse Jackson, Jr., for a special candidate forum on March 13, 2012, on Chicago Tonight at 7:00 pm. Excerpts:

1) What are the main issues in the 2nd District?

I’ve traveled throughout and listened to concerns of the residents. Whether it be at the Metra—every morning I go to the Metra and to coffee shops, and Sundays I go to churches—I have heard very clearly that the number one issue is the economy and jobs. But, there’s always something else. It’s not just jobs. But my number one priority has to be good paying jobs to the district that can’t be overseas. This district has been primarily manufacturing, but gradually we lost that. I want to bring things back to the district made in America. I grew up in the 2nd District, raised my kids here, and I think we have some great opportunities to make sure all our communities prosper. I think the 2nd District is the crossroad of any transportation in the area. We should be attracting a lot of different businesses and manufacturers. We need to invest in transportation infrastructures

2) What about this proposed Peotone Airport?

I’m absolutely for the airport; however I believe that it needs to have equal representation and Will County needs to be at the table. Currently, Elk Grove Village makes all the decisions, and that’s why people won’t join on with Jesse Jackson, Jr. He has been a divider, not a uniter. He says, “Sign on my plan or you’ll be left behind.” That’s not the way to bring everyone together. The Federal Aviation Administration will not give an opinion until the governance plan is set. This airport plan has been in my district forever—whether I was in Senate or Congress. People up north are sick and tired of Jesse trying to sell them a dream when they are hurting and they need a job now. They need someone like me who has a proven record of getting the job done and getting people to the table to get projects done. That’s what I do. I bring people together.

3) Jackson has President Obama on his side – but not Rahm Emanuel?

First of all, this is not going to be an election about endorsements. This is an election about change. They want a proven record of getting stuff done and that’s me. I am big supporter of Barack Obama. We served in the Senate together. I have the peoples’ endorsement. They are sick and tired of what’s not been done during the past 17 years. I’m going out and doing the work myself. Jesse wants to have everyone else doing the work for him. That’s why he needs lists and lists of endorsements because he’s distracted.

4) Who do you think the Mayor will endorse?

If I read what I read, he says he knows Jesse, he knows myself, he recruited me to run for Congress before and he says there will be plenty of time to make an endorsement.

5) You said Jackson has distractions that prevent him from doing his job. Can you explain what you mean?

He has been ineffective. I’m not going to thrive on his ineffectiveness. I’m just doing my job and people want to know what I will do. It’s not so much about what he hasn’t done over the past 17 years. His distractions have caused him to be ineffective. People are tired of him not being around; they want change. I was the first female to serve as majority leader in Illinois. I have a proven record of bringing big groups together. Jesse has put all his eggs in one basket and he’s had a long time to work on this airport and he still can’t get it done.

5) Adam Kinzinger defeated you in 2010 in the 11th District. What does it mean for your reputation that you were voted out after one term to a Republican?

First of all, it was a rough year, and I’m not sure many Democrats survived. In fact. Melissa Bean lost, as well as 70 other Democrats in Congress, and this is besides the fact that I had a Republican district to begin with. I worked hard and I have to chalk it up to being a bad year and that I already represented a Republican district.

It was such a joke. I never even met the guy – but he did. I never knew him, I never met him. He wouldn’t even know who I was. Jesse has spent his entire career saying anything he wanted because no one challenged him. He hasn’t had an opponent since 1995. And he’s been very quiet because he knows he can’t say just anything anymore.

7) Do you think there should be a term limit in Congress? Jesse Jackson, Jr. is entering his 18th year in Congress.

8) You challenged Jackson, Jr.’s  residency, saying, “he doesn’t come home on weekends. His kids go to school in D.C.”

All I’m saying is the people deserve a member of Congress who comes home on the weekends to see and listen and understand what they’re going through. I live here, I come home here, and I don’t live in Washington, D.C.

9) What about the corruption scandal with Jackson Jr. allegedly trying to buy the Senate seat?

I don’t specifically have any comments because it will be up to the Ethics Committee. They voted in December to continue the investigation because they found probable cause that he used taxpayer time and dollars to seek the Senate seat during time that he should have been doing his congressional job. I don’t focus on that.

10) You told POLITICO you’re a person who can walk and chew gum at the same time. Explain.

Jesse has done nothing but work on this airport. He has no other issues. He hasn’t introduced a jobs bill. In two years, I introduced 11. A lot of them were folded into major bills and passed. The airport is important and I will continue to work on that, but there are other things to do. It’s on par of also raising kids and being a mom, and a single mom at that. Jesse is only focused on one thing. His signature issue is the airport and he hasn’t been able to deliver.

11) What are three words you would use to describe yourself?