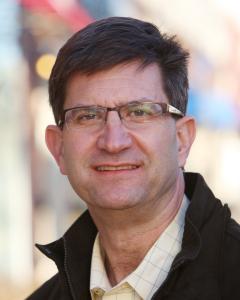 Brad Schneider is a self-described progressive father of two, who, according to the latest internal polls, has pulled into the lead in the 10th District Democratic primary. But the district is still widely undecided. The 10th District is the most Democratic district in the country currently held by a Republican, according to Normington Petts. So what does Schneider have to offer that the other candidates don’t, and how would he fare against Rep. Dold in the general election? Chicago Tonight spoke with Schneider to learn more. And don’t forget to watch Schneider alongside his three opponents for a special candidate forum on March 8, 2012, on Chicago Tonight at 7:00 pm. Excerpts:

1) What are the major issues in your district?

The issues in the district are at a starting point similar to our country. People have trouble finding work. So getting the economy going and creating jobs where people can earn a living and provide a home and education for their kids. Education is also a critical issue. Some of the best schools are in our district. But also, depending on where you live, it determines your quality of education. People have been struggling with their safety nets—Medicare and Social Security. We need to make sure people don’t fall through the cracks. The promise of Social Security and Medicare is kept for this generation and promised for the next generation.

2) Former U.S. Rep Melissa Bean endorses you; what does that mean to you?

All the support I get means a lot. Melissa is a supporter because of what she’s doing in her current position. She is a mentor to me. I’ve received a broad base of endorsements, from unions, too. It’s a diverse district, and I have a broad and diverse experience, so it’s a good match.

3) It has been about 32 years since the district was represented by a Democrat – do you just want a Democrat to win?

I think, more than anything, it’s about getting good representation in Washington, D.C. What we’ve seen with the Tea Party is them putting it in gridlock and not moving at all. The Tea Party is Joe Walsh and Bob Dold. All the people running in the 10th District, I think we share a common view of what’s socially right and just, and it’s a different view of Rep. Dold. In that sense, it matters to have more responsible representation and have people who are willing to work to share a goal to move the country forward.

4) At the end of the fourth quarter of 2011, federal records show you were second in fundraising?

I think you have to look at the whole picture. At the end of the full year, I raised about $635,000 and Ilya Sheyman raised about two-thirds of that, but he has spent substantially more than I have. That’s the number you have to focus on. We’ve been in peoples’ mailboxes since January 10th about eight times. We marshaled our resources. I believe we’re the only ones in the mail, so to speak. We have a communication strategy that will allow us to reach out to people at their door, their mailbox, and their phones.

5) You broke with your party and voted Republican in the primaries in 2000?

I didn’t break with my party. In 2000, Al Gore and Bill Bradley were running against each other in the presidential primary. I was supporting Bill Bradley. By the time the primary election got to Illinois, Al Gore had secured the nomination and there was technically no reason to vote in the Democratic presidential primary. As well, the Democratic ones were decided. My dear friend for over 20 something years, Andy Hochberg was running in the Republican primary against Mark Kirk. So because there wasn’t any reason to vote in the primary, I took a Republican ballot and voted for my friend Andy, but he knew I wouldn’t be voting for him in the general.

That is not true. The only time I ever took a Republican ballot was in 2000. I have no recollection voting in the 2002 primary. There were no contested races on the Democratic side, so we’re looking into that.

7) What makes you more qualified than the other Democrats in the race?

I think the 10th District is very diverse. My life experience and work experience set me apart. As far as life experience, I’ve lived in the district since 1990. My wife, Julie, and I have raised two kids. The experience of navigating them through the education system and coaching their soccer teams gives me an appreciation that’s distinctive. My work experience involves me being a boss, manager, small business owner and management consultant. I’ve worked with companies as small as three people to fortune 10 companies—some of the largest in the world. That diversity of experience helps me understand the world and gives me a perspective the other candidates don’t have. As people are struggling to find jobs, I’ve been in their shoes, not knowing if I could provide for my family. I was laid off six weeks before my first son was born. I looked for a new job, and it turns out, in hindsight, that it was a great gift.

8) You’ve voted in more 10th District primaries than any other candidate in the race. How do you think that factors in?

I think the fact that I vote whenever I have a chance to vote—it’s something I take very seriously—I’ve been around longer than the other candidates. It means I’m older. But I do think we have responsibility to vote, that we can’t disassociate ourselves from the vote.

9) How do you think you would stack up against Rep. Dold in the general election?

Great. In fact, I think I will have an easier chance of separating from the pack, if you will. Bob Dold talks about his experience in business, but mine is broader and deeper. I’ve worked with more of a variety of industries and different business sizes, not just rapid growth but those also struggling. I have a better sense of knowing what the economy needs, whereas Bob Dold is out of sync with the district. I think people are starving for a different type of representation in Washington.

10) And why are you choosing to run now?

A few years ago, I was raising two boys. I made a decision before we had our first child. Early in my career, I traveled extensively. I wanted to be around, and for me it was important to be an engaged father, to work with them and help them with their homework. I wanted to be around. I could not have run for office anytime before now. It is a fortuitous time to be running as a Democrat now.

11) What are three words you would use to describe yourself?