The Immortal Life of Henrietta Lacks

Henrietta Lacks, born in 1920, was a poor tobacco farmer from Virginia whose role in medical research began after her death. Lacks' unknowing contribution to science and medicine may be unparalleled. Years later, when her family learned about it, they felt exploited. The case is having an impact on new medical research and medical ethics. The author of The Immortal Life of Henrietta Lacks, Rebecca Skloot, joins us on  Chicago Tonight at 7:00 pm.

The following excerpt is from the Prologue of Skloot's book:

The Woman in the Photograph 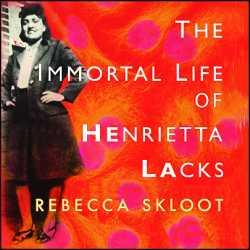 There’s a photo on my wall of a woman I’ve never met, its left corner torn and patched together with tape. She looks straight into the camera and smiles, hands on hips, dress suit neatly pressed, lips painted deep red. It’s the late 1940s and she hasn’t yet reached the age of thirty. Her light brown skin is smooth, her eyes still young and playful, oblivious to the tumor growing inside her—a tumor that would leave her five children motherless and change the future of medicine. Beneath the photo, a caption says her name is “Henrietta Lacks, Helen Lane or Helen Larson.”

No one knows who took that picture, but it’s appeared hundreds of times in magazines and science textbooks, on blogs and laboratory walls. She’s usually identified as Helen Lane, but often she has no name at all. She’s simply called HeLa, the code name given to the world’s first immortal human cells—her cells, cut from her cervix just months before she died.

Her real name is Henrietta Lacks.

I’ve spent years staring at that photo, wondering what kind of life she led, what happened to her children, and what she’d think about cells from her cervix living on forever—bought, sold, packaged, and shipped by the trillions to laboratories around the world. I’ve tried to imagine how she’d feel knowing that her cells went up in the first space missions to see what would happen to human cells in zero gravity, or that they helped with some of the most important advances in medicine: the polio vaccine, chemotherapy, cloning, gene mapping, in vitro fertilization. I’m pretty sure that she—like most of us—would be shocked to hear that there are trillions more of her cells growing in laboratories now than there ever were in her body.

There’s no way of knowing exactly how many of Henrietta’s cells are alive today. One scientist estimates that if you could pile all HeLa cells ever grown onto a scale, they’d weigh more than 50 million metric tons—an inconceivable number, given that an individual cell weighs almost nothing. Another scientist calculated that if you could lay all HeLa cells ever grown end-to-end, they’d wrap around the Earth at least three times, spanning more than 350 million feet. In her prime, Henrietta herself stood only a bit over five feet tall.

To hear an audio excerpt from the first chapter of Skloot's book, click the player below.

Watch a book trailer in the video below.

For more on Rebecca Skloot and her book, visit the links below.