Did the Chicago Mercantile Exchange and Sears get the big tax breaks they've been hoping for? We review today's special session in Springfield on Chicago Tonight at 7:00 pm. 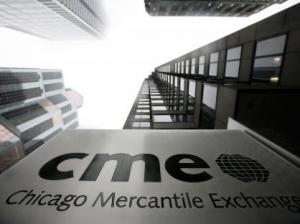 Under the new bill, which large business would receive tax breaks?
Sears Holdings Corp., owner of Sears and Kmart, and CME Group Inc., parent of the Chicago Mercantile Exchange and the Chicago Board of Trade.

Why are these businesses being targeted for tax breaks?
Both companies have threatened to move their businesses from the state of Illinois for cheaper pastures as a result of a temporary increase in the state's corporate income tax rate. The loss of two of Chicago’s largest employers could deliver a serious hit to the local economy. The House bill would deliver an incentive package from the state for each business and would cost Illinois about $250 million.

The issues
Accused of caving to the wants of big business, Gov. Pat Quinn and some legislators were concerned that not enough tax relief for individuals and smaller companies was included in the original House bill. As a result, the revised House and new Senate bill differ in how much incentives they give to individuals and to companies. If the Senate and House cannot agree, the bill may be stalled until legislators reconvene next year.

The Senate Bill
The Senate's version of the bill passed Tuesday with a vote of 36-18. It differs from the House bill in a few areas: it offers larger incentives for individuals and smaller businesses, up to a 10 percent tax cut for individuals by 2014, a raise in the standard deduction on state income tax from $1,000 to $1,050 per person, and $2 million in tax breaks to lure touring Broadway shows to the city.

The House Bill
The revised House bill resulted in a smaller package for CME and Sears. The bill provides some assistance to workers in low- and middle-income brackets, though less than the Senate bill. Gov. Quinn originally proposed a 15 percent earned income tax credit for individuals; the bill going forward in the House is at 7.5 percent. Breaks for all levels of businesses have also been included, though at lower levels than originally proposed.

The House Revenue Committee had approved the Senate bill, but when it headed to the floor, it was stymied by a vote of 8 yes, 99 no.

What do you think? Should Chicago's Financial Exchanges pay lower taxes? Sound off on our discussion board. For more information, visit the links below.