How to Become A Scandal

From golfers and politicians who are sexting and tweeting their paramours, to authors penning memoirs that contain far more fiction than fact, scandals routinely captivate the nation's imagination. But how does one actually become a scandal? Author Laura Kipnis tackles this titillating topic in her book, How To Become A Scandal: Adventures in Bad Behavior. She joins us on Chicago Tonight at 7:00 pm to discuss her book and more.

The following excerpt is from the Preface to the recently released paperback edition of the book: 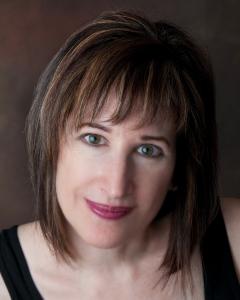 I’m exhausted! Exhausted from trying to steer the conversation away from celebrity scandal, which I’ve spent the past year attempting  not to talk about whenever I was invited somewhere to talk about this book, since celebrity scandal is not actually what the book is about. At some point I realized that swimming against a tidal wave of cultural obsession is futile and began dutifully boning up on the latest celebrity dirt prior to any public event, as I was sure to be asked for my opinion.

So why write a book about scandal that isn’t about celebrities but instead chronicles a handful of relatively non-famous people who propelled themselves into the glare of national publicity through various cringe-making forms of transgression and self-obliviousness? It’s taken me a while to grasp—because you invariably only understand why you wrote a book long after it hits print and it’s too late to matter—that I was actually asking the same questions as my celebrity-obsessed audiences, though coming at them from a different angle.

Here is one of the questions I kept getting asked: Is there nothing that isn’t forgivable these days?

Basically the complaint was that celebrities are acting more and more disgracefully, and worse, profiting from their bad behavior instead of suffering for it. A talk show apology suffices to redeem all but the worst sins, the follow-up memoir details substance problems or tormented childhoods, penance is a stint on Dancing With the Stars. Then we have the parade of misbehaving celebrity-aspirants eager to trade every shred of dignity in exchange for a few seconds of limelight, reality stars pulling outrageous publicity stunts, and all the nonentities who are “famous just for being famous,” a subject which seems to be regarded by many as a scandal in and of itself.

I should point out that the complainants were, of course, as fascinated as they were appalled, and not entirely without envy.

I began to think of this obsession with celebrity scandal as the equivalent of rubbing a sore to see if it hurts. At some level we’re even hoping it hurts, hoping to muster a bit of outrage, trying to retrieve a moment when the culture was capable of defining transgression. In our time, as everyone with access to any media outlet knows, scandal has become routinized. We’ve all heard the term “scandal fatigue.” The reason it had to be invented isn’t because there’s too much scandal, it’s because the consequences are no longer high enough to be satisfying. Which is why we need more and more scandal—all this instant redemption is like eating a dozen low-fat cookies instead of the real thing. It’s unfulfilling.

So, here’s a different way to pose the question of consequences: What ever happened to shame?

A true scandal requires shame, and currently we’re living through a shame recession. Classic scandals are premised on the unwilling disclosure of secrets: something previously hidden, probably illicit, and undoubtedly humiliating is exposed. A classic scandal requires an ego that feels the sting of guilt and punishment, along with a culture able to allocate blame and mete out judgment. Transgressors are identified and punished; social order is restored.

Or once upon a time that’s how scandal worked. The reason it no longer does is that the requisite forms of selfhood are in the process of being eclipsed. Shame depends on the traditional opposition of an inner and outer person. The shame deficit isn’t a sign of moral decline, as social conservatives fear. It’s about the eroding boundary between public and private, which is one of the major upheavals of our lifetimes, rippling through every sphere of existence. The effects are so seismic that no one knows how to think about them, or where the dust is going to settle. I began to realize, after spending a year showered with complaints about instant redemption, that one of the reasons I wrote this book was to understand these unfolding conditions of selfhood. Scandal is the topic of the moment exactly because it sits at the public-private dividing line—you might even say it constitutes the line. Or once it did. But not these days: scandal outcomes have become unpredictable because no one knows where the line is. 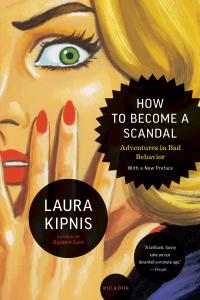 Is this a bad thing? A good thing? It’s too easy to blame scandal saturation on the media, everyone’s favorite scapegoat when it comes to moral idiocy. The scandal industry reaps the profits of the culture’s celebrity fixations to be sure, but it didn’t invent the erosion of privacy, which is being enacted at every level—political, economic, technological, and cultural. From the digital economy, which is fueled by voluntary self-disclosure (consider the troves of profitable data you yield about yourself—your preferences, practices, private obsessions—every time you go online) to the myriad nouveau cultural forms devoted to confessionalism—blogging, memoirs, reality TV, social media, not to mention the therapeutic ethos itself, the dominant language for understanding who we are—and you begin to see that at every instance, the public-private divide is being obliterated. This is the condition—or the plight—of the modern personality.

If the inner/outer distinction is eroding, so is the shame-based ego structure. Think of the scandalous celebs who occupy our attention as the heralds of a new selfhood: they model an individuality that lacks interiority—or rather exists by emptying out whatever was inner, making it outer. As I write, the recently fired star of a top-rated sit-com, a notorious bad boy and decades-long drug addict, is having a massive public meltdown, spewing invectives against his former bosses and co-star on every talk show, and in self-produced megalomaniacal rants streamed live over the Internet from his home. All this is being followed by millions via his Twitter posts; the mainstream media helps out by posting regular updates. It’s like he’s turning himself inside out in front of us in real time, expelling the contents of his soul—if someone who’s all about exteriority can be said to have one—for our entertainment. The pundits have all been busily weighing in on what this means: a mental breakdown, or a savvy performance? Maybe he’s commenting brilliantly on the conditions of modern celebrity itself. Inevitably the comparison to reality TV is made; he’s erasing the boundary between his real life and his life on-screen—which means that a bunch of cable stations are also now competing to turn his crack-up into a reality show, the popular new genre devoted to watching people have introspective moments on camera in front of millions. Of course, by the time you read this, someone else’s public implosion will be occupying our attention.

When I started writing this book, scandal hadn’t yet become quite so ironic; the social world was still policed by humiliation. Maybe I sensed we were coming to the end of something? I’ve only now started realizing how much this book is a backwards glance at a vanishing horizon, perhaps even something of a lament; I begin to see why I was so obsessed with stories of people whose inner lives were their undoing, unwittingly laid bare by events they’d created. It was a way of understanding these forms of selfhood that are in the process of vanishing, the way an anthropologist (Claude Lévi-Strauss’s Tristes Tropiques comes to mind, another lament) might sift through the remnants of a culture disappearing under the wrecking ball of modernization. If I’m lingering over the tragic side of modern selfhood—unconsciousness, self-destruction, failed self-knowledge—it’s not out of sentimentality. I’m just sifting through remnants, mulling over contradictions, in part because it seems like the opposite of what the culture wants from us at the moment, which are fleeting forms of attention and undivided assent to everything.

In the scandals I wrote about here, the protagonists were at odds with society. Their desires exceeded social limits, their actions were indigestible by the rest of us: they were irrevocably divided selves. The externalities of celebrity culture notwithstanding, these forms of selfhood are still the ones most of us still inhabit, even as redemption supersedes shame and we increasingly wear our inner lives on our sleeves (or in our Facebook profiles). Still, I don’t believe self-division has been entirely stitched up, not quite yet. So many people I spoke with over the last year talked in divided and embarrassed tones about being addicted to scandal, as if the only way to be serious about the serious questions of the day is to speak of lofty matters in lofty ways. I argue the reverse in this book: that scandal is the preeminent delivery system for knowledge about the moral and political contradictions of our times. In other words, the only way to understand the cultural moment is to be addicted to scandal.

Excerpted from HOW TO BECOME A SCANDAL: Adventures in Bad Behavior by Laura Kipnis, published in paperback August 30, 2011 by Picador USA. Copyright © 2010 by Laura Kipnis. Published by arrangement with Metropolitan Books, an Henry Holt and Company, LLC. All rights reserved.

Click on the audio player below to hear Laura Kipnis talk about writing the book.