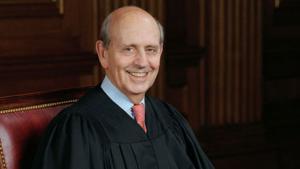 U.S. Supreme Court Justice Stephen Breyer talks with Phil Ponce on Chicago Tonight at 7:00 pm in a rare interview on the direction of the Supreme Court and his book, Making Our Democracy Work: A Judge's View.

Charged with the responsibility of interpreting the Constitution, the Supreme Court has the awesome power to strike down laws enacted by our elected representatives. Why does the public accept the Court’s decisions as legitimate and follow them, even when those decisions are highly unpopular? What must the Court do to maintain the public’s faith? How can it help make our democracy work?

In his groundbreaking book, Justice Stephen Breyer tackles these questions and more, offering an original approach to interpreting the Constitution that judges, lawyers, and scholars will look to for many years to come.

The following is an excerpt from Making Our Democracy Work: A Judge's View.

Day after day I see Americans—of every race, religion, nationality, and point of view—trying to resolve their differences in the courtroom. It has not always been so. In earlier times, both here and abroad, individuals and communities settled their differences not in courtrooms under law but on the streets with violence. We Americans treasure the customs and institutions that have helped us find the better way. And we not only hope but also believe that in the future we will continue to resolve disputes under law, just as surely as we will continue to hold elections for president and Congress. Our beliefs reflect the strength of our Constitution and the institutions it has created.

The Constitution’s form and language have helped it endure. The document is short—seven articles and twenty-seven amendments. It focuses primarily on our government’s structure. Its provisions form a simple coherent whole, permitting readers without technical knowledge to understand the document and the government it creates. And it traces the government’s authority directly to a single source of legitimizing power—“We the People.” 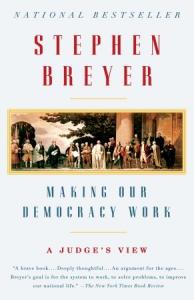 Words on paper, however, no matter how wise, are not sufficient to preserve a nation. Benjamin Franklin made this point when, in 1787, he told a Philadelphia questioner that the Constitutional Convention had created “a republic, Madam, if you can keep it.” The separate institutions that the Constitution fashioned—Congress, the executive, the judiciary—were intended to bring about a form of government that would guarantee that democracy and liberty are not empty promises. But what would enable the Constitution to work not only in theory but also in practice? How could the nation make sure that the Constitution’s limits are respected, that our citizens enjoy its important protections, that our legal system resolves disputes fairly and impartially, and that our courts dispense justice?

Alexander Hamilton, along with many of the other constitutional framers, thought that a Supreme Court would provide part of the answer. The Court would interpret the law, thereby enforcing the Constitution’s limits. It would help ensure a democratic political system, and it would safeguard individual constitutional rights and liberties. Indeed, as the historian Gordon Wood has pointed out, “by protecting the rights of minorities of all sorts against popular majorities,” the Court would “become a major instrument for both curbing [American] democracy and maintaining it.”