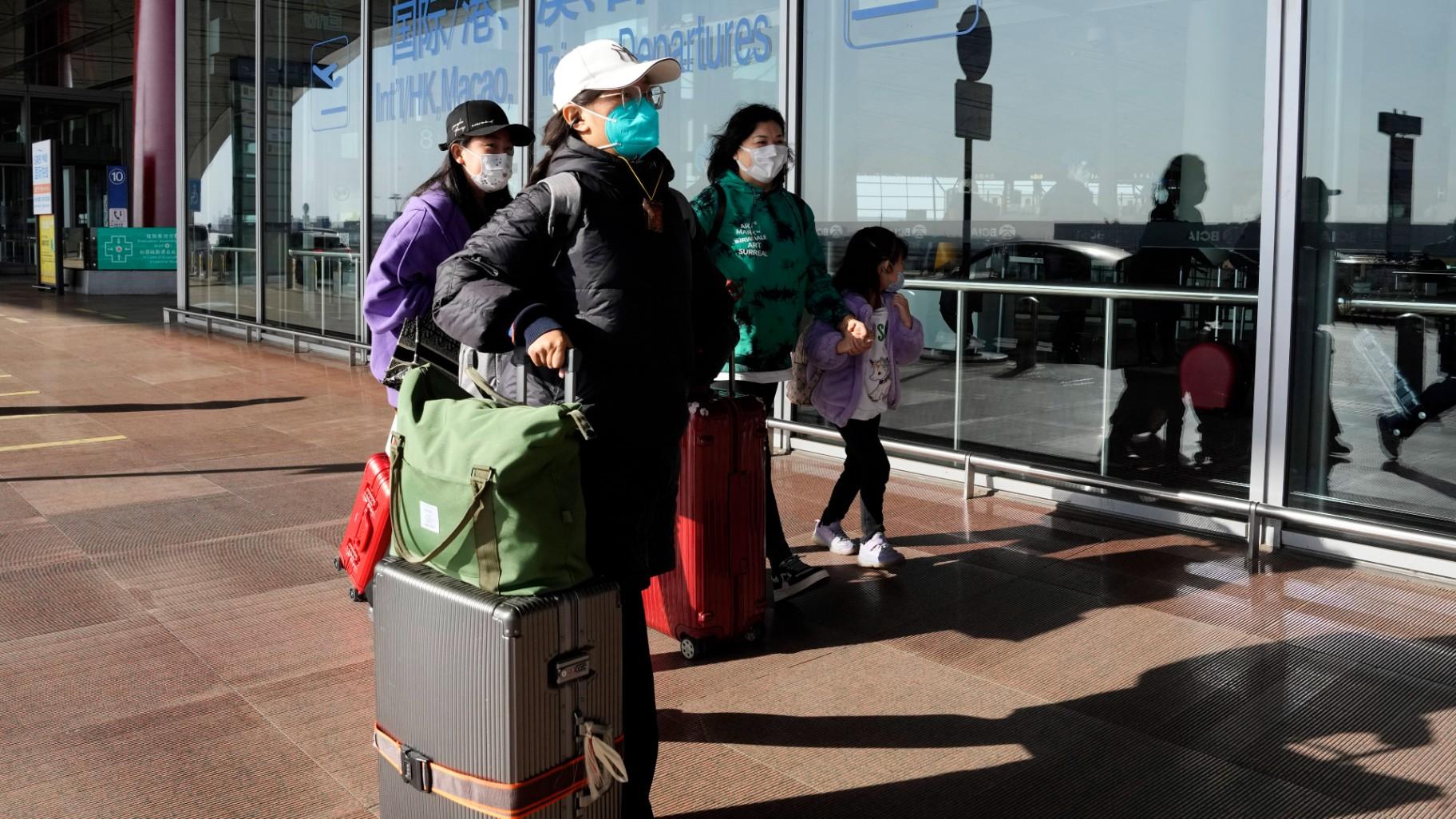 The U.S. announced new COVID-19 testing requirements Wednesday for all travelers from China, joining other nations imposing restrictions because of a surge of infections.

The new U.S. requirements, which start Jan. 5, apply to travelers regardless of their nationality and vaccination status.

In a statement explaining the testing, the U.S. Centers for Disease Control and Prevention cited the surge in infections and what it said was a lack of adequate and transparent information from China, including genomic sequencing on the viral strains circulating in the country.

“These data are critical to monitor the case surge effectively and decrease the chance for entry of a novel variant of concern,” the CDC said.

Some scientists are worried the COVID-19 surge in China could unleash a new coronavirus variant on the world that may or may not be similar to the ones circulating now. That’s because every infection is another chance for the virus to mutate.

“What we want to avoid is having a variant enter into the U.S. and spread like we saw with delta or omicron,” said Matthew Binnicker, director of clinical virology at Mayo Clinic in Rochester, Minnesota.

But the CDC’s action may be less about stopping a new variant from crossing U.S. borders and more about increasing pressure on China to share more information, said Dr. David Dowdy, an infectious disease epidemiologist at Johns Hopkins Bloomberg School of Public Health, adding he hopes the restrictions “aren’t kept in place longer than they need to be.”

“I don’t think it’s going to have a major impact in slowing the spread of COVID-19,” Dowdy said. “We have a whole lot of transmission of COVID-19 here within our borders already.”

Dr. Stuart Campbell Ray, an infectious disease expert at Johns Hopkins University, agreed China isn’t sharing enough genomic sequencing information. But he also said the U.S. has become a little complacent about sequencing and needs to redouble its own efforts. The CDC also announced the expansion of an early warning program that tests volunteers at select airports for new and rare variants of the coronavirus. That program will expand to airports in Seattle and Los Angeles.

Under the new U.S. rules, travelers to the U.S. from China, Hong Kong and Macau, will be required to take a COVID-19 test no more than two days before travel and provide a negative test before boarding their flight. The testing applies to anyone 2 years and older, including U.S. citizens.

It will apply to people traveling from China via a third country and to people connecting through the U.S. as they go on to other destinations. Anyone testing positive more than 10 days before the flight can provide documentation showing they’ve recovered from COVID-19 instead of a negative test result.

It will be up to the airlines to confirm negative tests and documentation of recovery before passengers board.

Other countries have taken similar steps in an effort to keep infections from spreading beyond China’s borders. Japan will require a negative COVID-19 test upon arrival for travelers from China, and Malaysia announced new tracking and surveillance measures. India, Italy, South Korea and Taiwan are requiring virus tests for visitors from China.

Lunar New Year, which begins Jan. 22, is usually China’s busiest travel season, and China announced Tuesday it will resume issuing passports for tourism for the first time since the start of the pandemic in 2020.

“We look forward to welcoming Chinese travelers back to the United States,” U.S. Travel Association President and CEO Geoff Freeman said in a statement. He called the U.S. approach to testing inbound travelers “reasonable and appreciated.”

The U.S. action is a return to testing requirements for some international travelers. The Biden administration lifted the last of such mandates in June. At that time, the CDC continued to recommend that people boarding flights to the U.S. get tested close to departure time and not travel if they are sick.

“We’ve done this before. We can do it again,” Dowdy said.

Early in the pandemic, the U.S. barred entry to foreigners traveling from China, weeks after the virus first emerged there three years ago, and dozens of other countries were added to the list. The country started lifting travel bans late last year, but required travelers to the U.S. to be vaccinated and tested.