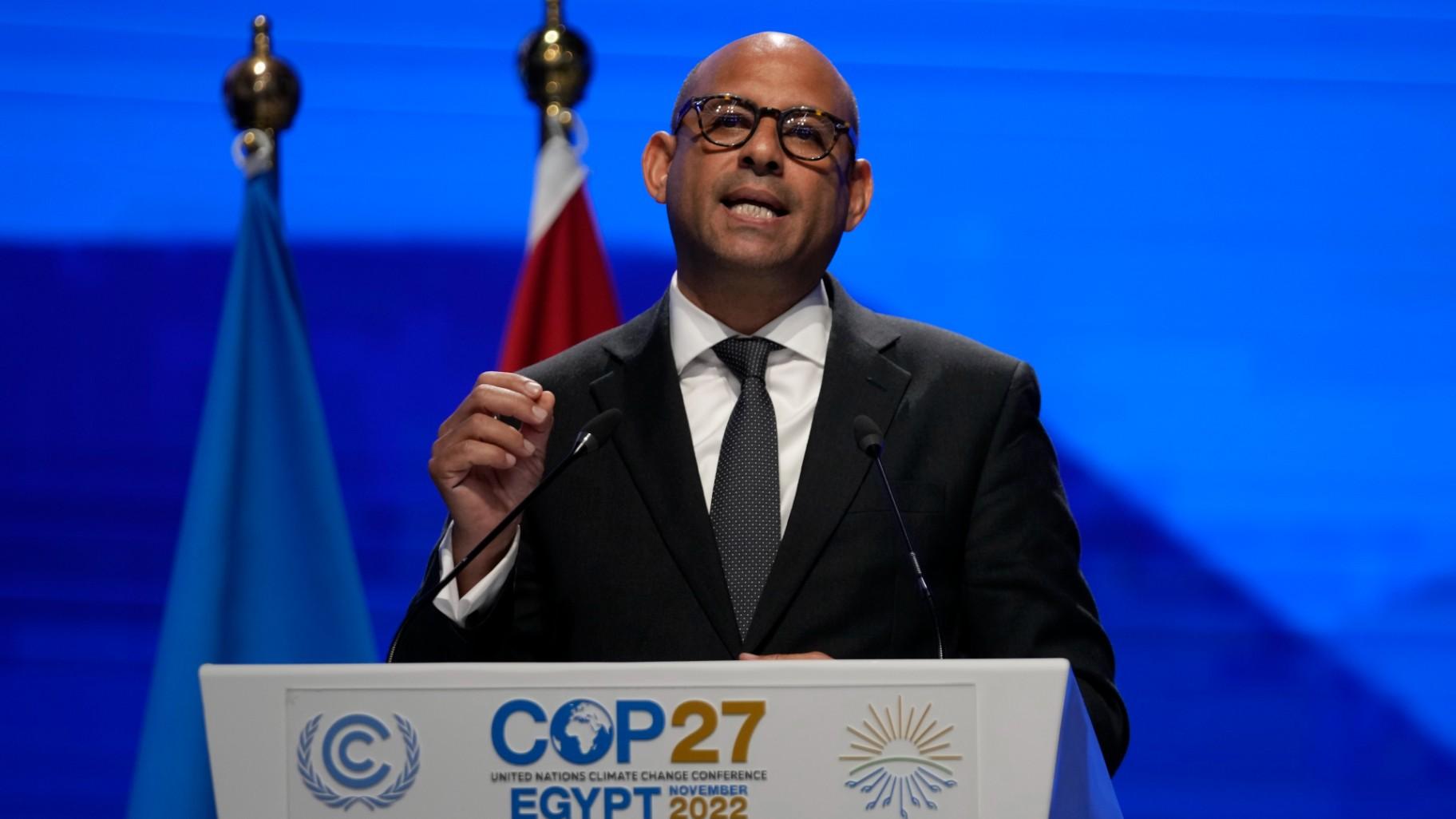 SHARM EL-SHEIKH, Egypt (AP) — Given an energy crisis in Europe and progress made in helping climate victims, the new climate chief for the United Nations said he’ll settle for a lack of new emissions-cutting action coming out of the now-concluded climate talks in Egypt.

It could have been worse, UN Executive Secretary for Climate Simon Stiell said in a seaside interview with The Associated Press. The talks did achieve the historic creation of a fund for poor nations that are victims of climate disasters, he said.

The progress made last year at the global climate meeting in Glasgow was maintained. “There was no backtracking. Which as a result, one could say, is highly unambitious. And I would actually agree,” a tired Stiell said hours after the Egyptian climate talks finished with one last around-the-clock push.

“To say that ... we have, stood still. Yeah, that’s not great,” Stiell said. But he still likes the overall outcome of the first set of climate talks he oversaw, in particular the long-sought compensation fund for nations that didn’t cause warming.

Outside experts agree with Stiell that nothing was done on the central issue of reducing emissions that cause climate change and disasters like flooding in Pakistan.

“In the shadow of the energy crisis, there were no major new climate protection commitments at the conference,” said climate scientist Niklas Hohne, founder of the NewClimate Institute in Germany. “Glasgow a year ago was a small but important step in the right direction, with many new national targets and new international initiatives. None of that happened this year.”

But the Egyptian presidency never put the proposal, which came from India, in any of the decision documents. The country that hosts and runs the climate talks has the power to make that choice.

Critics — including negotiators during the talks — blasted the Egyptian presidency and its agenda setting. Environmental groups repeatedly pointed out Egypt’s dependence on exports of natural gas, its role as operator of Suez Canal petroleum traffic and income from neighboring oil states. Oil and natural gas are both principal contributors to climate change.

Next year’s climate talks will be held in the United Arab Emirates, a major oil power. Environmental advocates and outside experts fear that oil and gas phase down language won’t get a fair shake next year either.

Asked about the wisdom of having fossil fuel exporting countries host and control climate talks, Stiell said: “They are part of the problem, but they are also part of the solution.” To try to manage this process without their involvement, would give “an incomplete picture,” he said.

“The global economy is still based certainly on oil and gas. And that is the challenge,” Stiell said.

“The massive presence of oil and gas interests at the COP undermines the integrity of the UN climate process and could be slowly eroding its legitimacy,” Hare said. “The suspected influence of petrol states and oil and gas lobbyists on the Egyptian presidency Is unhealthy to say the least.”

Analyst Alex Scott of E3G said Egypt showed “a sense of willful ignorance” in not considering a document with a call for oil and gas phase down. The influence of petro states on the presidency happens out of site and “is the right question to ask,” she said.

Stiell said countries have to keep coming back and putting pressure on each other to include language calling for a phase down on oil and gas. That worked for this year’s key accomplishment — the establishment of a fund for poor nations that are victims of climate disasters.

But that also took more than 30 years.

While critics bash Egypt and cite the influence of fossil fuel interests in the lack of action on reducing emissions, also known as mitigation, Stiell attributed the inaction to other things going on.

He said there were complaints that last year’s climate talks were too mitigation oriented and this year’s talks restored balance.

“You cannot do too much mitigation!” Hohne responded in an email. The global goal of limiting temperatures to 1.5 degrees Celsius (2.7 degrees Fahrenheit) since pre-industrial times, “remains in intensive care as conditions deteriorate. The conference met the minimum requirements, but that is far from enough.”

But getting the climate fund was a big and all-consuming accomplishment, Stiell said. Before he took the UN climate chief job this summer, he had been working on it as a cabinet minister for the small island nation of Grenada.

“This is a 30-year discussion,” Stiell said. “I’ve been involved in that for ten years as a Grenadian minister, hearing just how ‘this can’t be done’ and how ‘this is impossible’.”

Mohamed Adow of the environmental group Powershift Africa agreed. “COP27 was a surprise precisely because for once the needs of the vulnerable were actually listened to,” he said.

As he looks back, Stiell said he still has great hope.

“So progress: incremental, slight, insufficient. A lot more to be done,” Stiell said summing up climate change fighting efforts. “We’re still right there in the middle of crisis mode.”