A Conversation With Patti Smith Reveals Her Thoughts on Poetry, Prose and Veal Parmigiana

Born in Chicago and raised in New Jersey, Patti Smith has lived an incomparable life as a poet and performer.

Known as “the punk poet laureate,” she’s in the Rock Hall of Fame and won a National Book Award.

A few weeks ago, Smith was in town to accept an honor from Chicago’s Poetry Foundation and “Chicago Tonight” spoke with her. Now, we’ve dug a little deeper and have more of that conversation.

We also brought you 10 things you might not know about the rock icon. But because she has lived such a varied life, here are …

10 MORE Things You Might Not Know About Patti Smith

1. She has a new art show at the Centre Pompidou in Paris. “Evidence” is an audio and visual montage that explores the work of poet Arthur Rimbaud and “a world without borders.” It was designed by Patti Smith with the sonic arts group Soundwalk Collective.

2. Her new book, “A Book of Days,” was inspired by Instagram. She explained to “Chicago Tonight”:  “I like being able to just say a few words to everyone and give them an image, to share all kinds of things, new books, new ideas, certain things in this troubled world. Sometimes a bit of fun, tell them how my cat is doing. Instagram was the inspiration for this book.”

3. She’s also on Substack. She told “Chicago Tonight”: “My newsletter is more concentrated. I offer new material, sometimes write, especially during the pandemic. I found social media a very nice way to talk to people, since I had a world tour canceled and wasn’t in contact with the people.”

4. She turns 76 in December but (obviously) she’s not slowing down. “I’m always up to something. I still have a little jumping bean energy in me.”

5. An essential performance in her career happened in February 1971. That was when she first fused music with poetry at a reading for the Poetry Project in St. Mark’s Church in the East Village.

6. She was in a relationship with the playwright Sam Shepard, and it was Shepard who suggested to Patti that she add music to her poetry reading. She enlisted guitarist Lenny Kaye to play along with her at St. Mark’s.

7. Sam Shepard played banjo on Patti Smith’s cover of Nirvana’s “Smells Like Teen Spirit” on her album “Twelve” released in 2007.

9. As a critic for rock magazine Creem, Patti Smith wrote a rave review for Todd Rundgren’s “A Wizard, A True Star” in 1973. She described it as “Rock and roll for the skull.” Rundgren later produced “Wave,” the fourth studio album by the Patti Smith Group, and she inducted him into the Rock and Roll Hall of Fame in 2021.

10. She performed at the Vatican Christmas Concert in 2014 at the request of Pope Francis. She sang “O Holy Night” with the Vatican orchestra and a lullaby written by William Blake set to music. She also performed her song “People Have the Power” at the Vatican’s request. 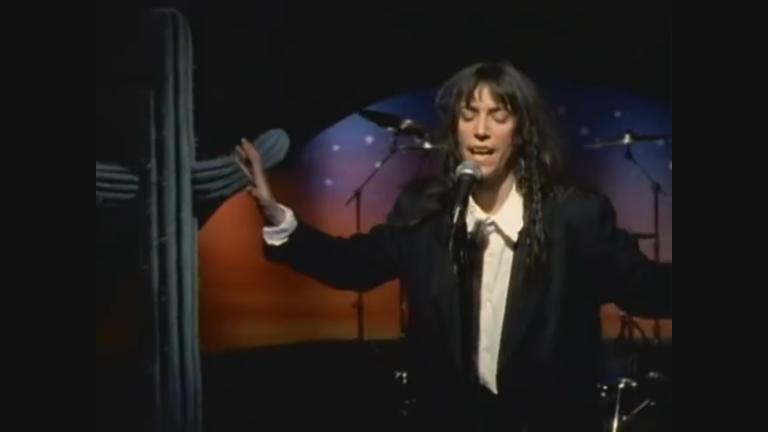 Returning to Chicago for Poetry Prize, Patti Smith Looks Back on Local Roots and Eclectic Career 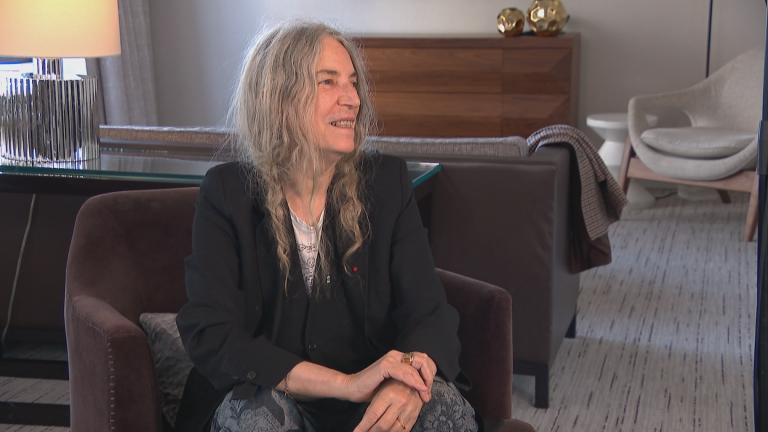 10 Things You Might Not Know About Chicago-Born Patti Smith