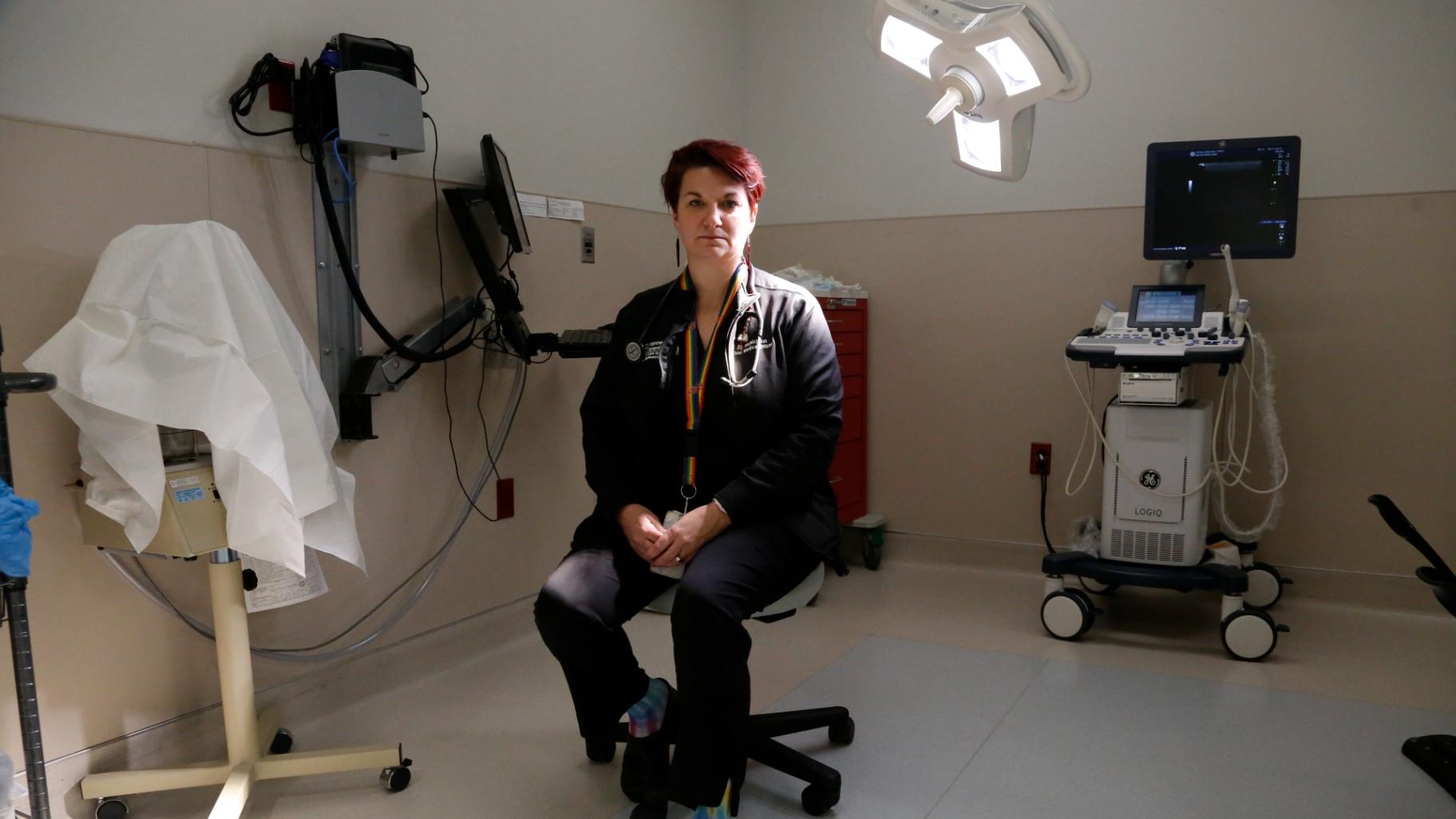 Planned Parenthood officials on Monday announced plans for a mobile abortion clinic — a 37-foot RV that will stay in Illinois but travel close to the borders of adjoining states that have banned the procedure since the Supreme Court overturned Roe v. Wade earlier this year.

The announcement came 100 days after the Supreme Court ruling that stripped away constitutional protections for abortions, allowing states to ban the procedure. Illinois didn't institute an abortion ban, but neighboring Missouri, Kentucky and Tennessee did, along with several other states in the South and Midwest.

As a result, both abortion clinics on the Illinois side of the St. Louis region, including one operated by Planned Parenthood in Fairview Heights, have been inundated with patients. Leaders of the St. Louis Planned Parenthood office said that since June, the Fairview Heights clinic has seen a 30% increase in abortion patients — a rate officials said was even higher than they anticipated. Patients from outside Missouri and Illinois increased by more than 340%.

The onslaught of patients means longer waits. Yamelsie Rodriguez, president and CEO of Planned Parenthood of the St. Louis Region and Southwest Missouri, said abortion appointment wait times have gone from an average of four days prior to the Supreme Court ruling to two-and-a-half weeks.

“The mobile abortion clinic is a way to reduce travel times and distances in order to meet patients at the Illinois border,” said Dr. Colleen McNicholas, chief medical officer for Planned Parenthood’s St. Louis office. “This will make a dramatic impact on their access.”

The mobile clinic will travel near to the borders of southeastern Missouri, western Kentucky and northeastern Tennessee. Rodriguez said the RV is expected to arrive this month and should be operational by the end of the year.

The clinic will include two exam rooms, a lab and a waiting room. Initially, it will provide medication abortions up to 11 weeks of gestation. Planned Parenthood will aim to start providing surgical abortions at the clinic after the first few months.

McNicholas and Rodriguez declined to discuss safety and security measures for the mobile clinic.

“Chemical abortions can lead to life-threatening complications,” Echevarria said in a statement. “Will women recognize those complications early enough to seek treatment?”

Other efforts have begun around the country to increase abortion access.

In July, a California doctor proposed a floating abortion clinic in the Gulf of Mexico as a way to maintain access for people in southern states where abortion bans have been enacted. Dr. Meg Autry said the idea was to provide a clinic aboard a ship in federal waters, and out of reach of state laws.

Some Democrat-led cities like St. Louis, meanwhile, have set aside money to help pregnant women travel to states where abortions are legal.