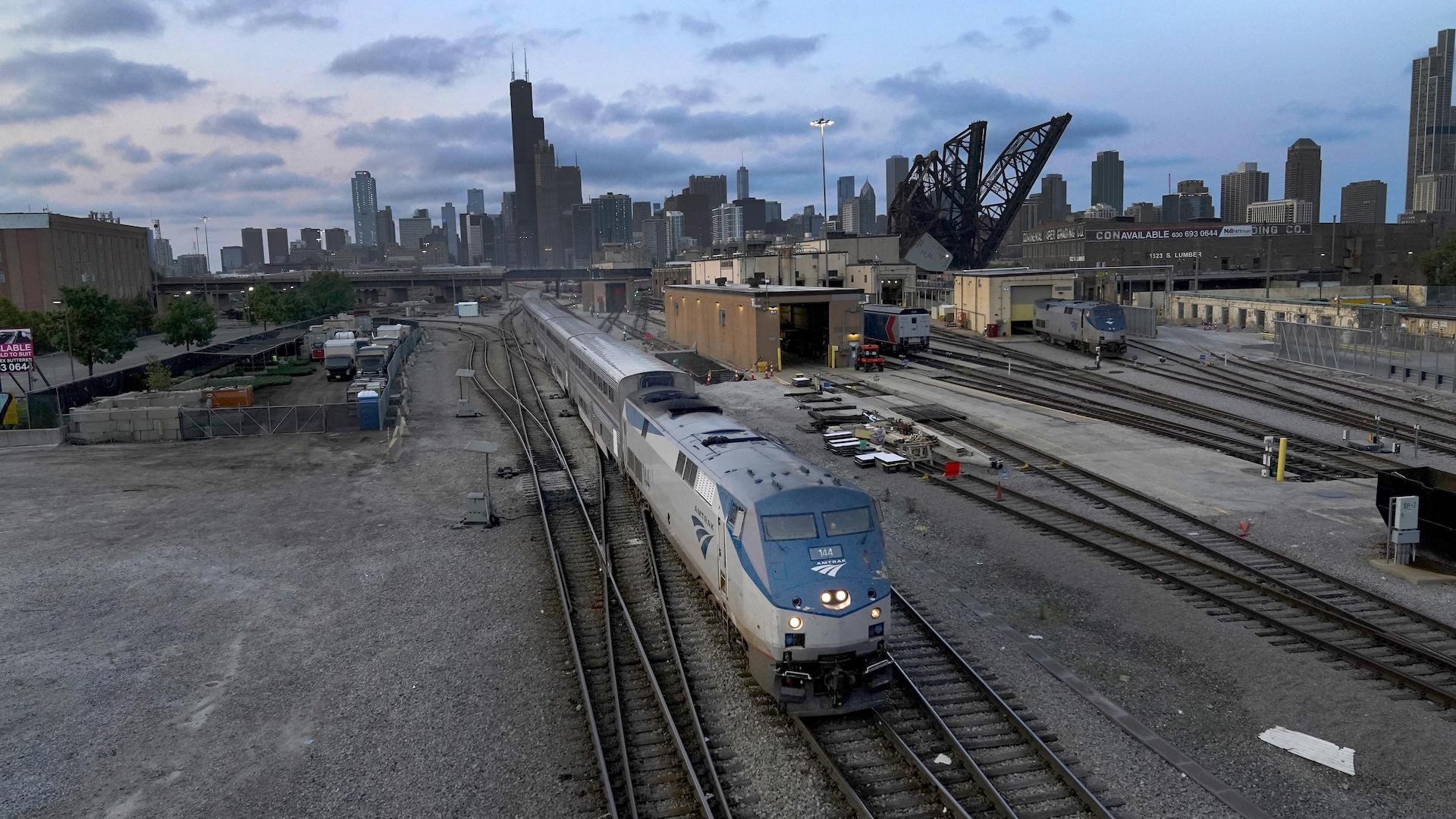 WASHINGTON (AP) — President Joe Biden said Thursday that a tentative railway labor agreement has been reached, averting a strike that could have been devastating to the economy before the pivotal midterm elections.

Railroads and union representatives had been in negotiations for 20 hours at the Labor Department on Wednesday to hammer out a deal, as there was a risk of a strike starting on Friday that could have shut down rail lines across the country.

Biden made a key phone call to Labor Secretary Marty Walsh at 9 p.m. as the talks were ongoing after Italian dinner had been brought in, according to a White House official who spoke to The Associated Press on the condition of anonymity to discuss closed negotiations. The president told the negotiators to consider the harm to families, farmers and businesses if a shutdown occurred.

What resulted from the back and forth was a tentative agreement that will go to union members for a vote after a post-ratification cooling off period of several weeks.

“These rail workers will get better pay, improved working conditions, and peace of mind around their health care costs: all hard-earned,” Biden said. “The agreement is also a victory for railway companies who will be able to retain and recruit more workers for an industry that will continue to be part of the backbone of the American economy for decades to come.”

The strike would also have disrupted passenger traffic as well as freight rail lines, because Amtrak and many commuter railroads operate on tracks owned by the freight railroads. Amtrak had already canceled a number of its long-distance trains this week, and said the rest of its long-distance trains would stop Thursday ahead of the strike deadline.

Following the tentative agreement, Amtrak said it was “working to quickly restore canceled trains and reaching out to impacted customers to accommodate on first available departures.”

The five-year deal, retroactive to 2020, includes the 24% raises and $5,000 in bonuses that a Presidential Emergency Board recommended this summer. But railroads also agreed to ease their strict attendance policies to address some of the unions’ concerns about working conditions.

Railroad workers will now be able to take unpaid days off for doctor’s appointments without being penalized under railroad attendance rules. Previously, workers would lose points under the attendance systems that the BNSF and Union Pacific railways had adopted, and they could be disciplined if they lost all their points.

The unions that represent the conductors and engineers who drive the trains had pressed hard for changes in the attendance rules, and they said this deal sets a precedent that they will be able to negotiate over those kinds of rules in the future. But workers will still have to vote whether those changes are enough to approve the deal.

The threat of a shutdown had put Biden in a delicate spot politically. The Democratic president believes unions built the middle class, but he also knew a rail worker strike could damage the economy ahead of the midterms, when majorities in both chambers of Congress, key governorships and scores of important state offices will be up for grabs.

That left him in the awkward position on Wednesday. He flew to Detroit, a stalwart of the labor movement, to espouse the virtues of unionization, while members of his administration went all-out to keep talks going in Washington between the railroads and unionized workers.

As the administration was trying to forge peace, United Auto Workers Local 598 member Ryan Buchalski introduced Biden at the Detroit auto show as “the most union- and labor-friendly president in American history” and someone who was “kickin’ ass for the working class.” Buchalski harked back to the pivotal sit-down strikes by autoworkers in the 1930s.

In the speech that followed, Biden recognized that he wouldn’t be in the White House without the support of unions such as the UAW and the International Brotherhood of Electrical Workers, saying autoworkers “brung me to the dance.”

But without a deal among the 12 unions in talks back in Washington, Biden also knew that a stoppage could halt shipments of food and fuel at a cost of $2 billion a day.

Far more was at stake than sick leave and salary bumps for 115,000 unionized railroad workers. The ramifications could have extended to control of Congress and to the shipping network that keeps factories rolling, stocks the shelves of stores and stitches the U.S. together as an economic power.

White House press secretary Karine Jean-Pierre, speaking aboard Air Force One as it jetted to Detroit, said a rail worker strike was “an unacceptable outcome for our economy and the American people.”

Biden faced the same kind of predicament faced by Theodore Roosevelt in 1902 with coal and Harry Truman in 1952 with steel — how do you balance the needs of labor and business in doing what's best for the nation? Railways were so important during World War I that Woodrow Wilson temporarily nationalized the industry to keep goods flowing and prevent strikes.

Union activism has surged under Biden, as seen in a 56% increase in petitions for union representation with the National Labor Relations Board so far this fiscal year.

With the economy still recovering from the supply chain disruptions of the coronavirus pandemic, the president's goal was to keep all parties so a deal could be reached. Biden also knew a stoppage could worsen the dynamics that have contributed to soaring inflation and created a political headache for the party in power.

“No one wants a railroad strike, not the companies, not the workers, not the White House," he said. "No one wants it this close to the election.”

Sensing political opportunity, Senate Republicans moved Wednesday to pass a law to impose contract terms on the unions and railroad companies to avoid a shutdown. Democrats, who control both chambers in Congress, blocked it.

The economic impact of a potential strike was not lost on members of the Business Roundtable, a Washington-based group that represents CEOs. It issued its quarterly outlook for the economy Wednesday.

“We’ve been experiencing a lot of headwinds from supply chain problems since the pandemic started and those problems would be geometrically magnified,” Josh Bolten, the group's CEO, told reporters. “There are manufacturing plants around the country that likely have to shut down. ... There are critical products to keep our water clean.”

By 5:05 a.m. Thursday, it was clear that the hard work across the government, unions and railway companied had paid off as Biden announced the deal, calling it “an important win for our economy and the American people.”