The children’s section at your local library is probably overflowing with books about figures in Black history and illustrations of the Black experience in America.

While those depictions are important for children to see and to learn from, they aren’t always — well fun. That was certainly the experience of author Clothilde Ewing as she sought out books for her young children.

So Ewing set out to write a book that is, quite simply, a lot of fun.

In “Stella Keeps the Sun Up,” a little girl with afro puffs named Stella and her hippo friend Roger try their best to make the sunshine last all day and all night.

Ewing says Stella’s lively personality was inspired by both of her children, and the sunny plot was drawn from a struggle many parents know all too well.

“My 8-year-old daughter named Stella and my 6-year-old son named Jackson, when I started this journey, they were 4 and 2. The bedtime struggle is real in most homes and it’s real in our home as well,” she said. “And so when I sat on the journey of thinking about trying to write a book and going through different iterations and topics and tried to land on something that felt authentic, the bedtime struggle really did feel authentic because it’s something we still are challenged with from time to time.” 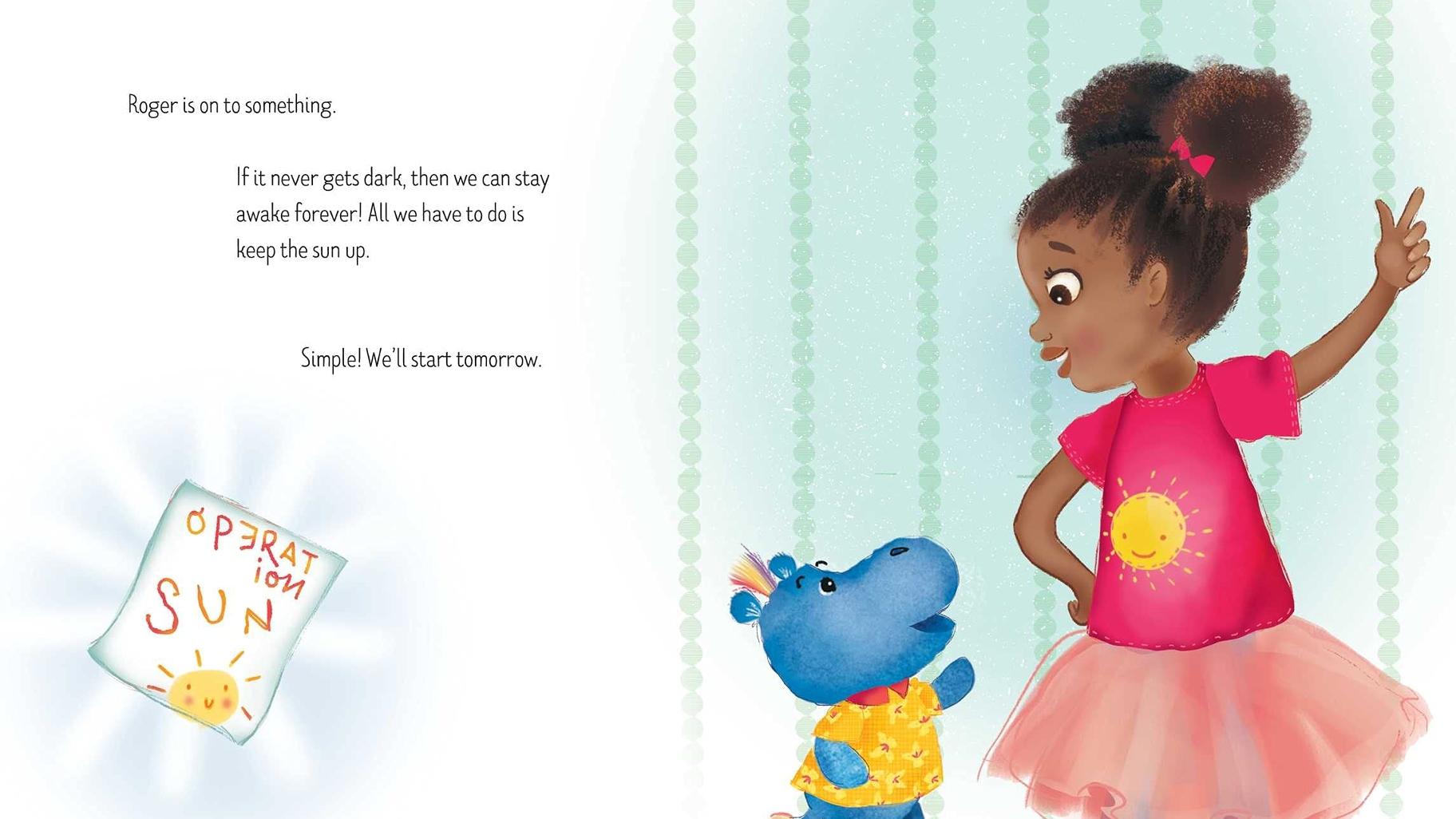 A page from “Stella Keeps the Sun Up” by Clothilde Ewing.

Ewing said the illustrator who brought Stella to life, Lynn Gaines, did a “masterful” job with her vision of Stella.

“I had a vision of what Stella would look like, but I didn’t know for sure. And then once I saw that picture … I almost cried and I’m not a crier, but I almost cried when I saw it, the fact that she had those beautiful afro puffs and the tutu and the athletic socks and the ballet slippers,” Ewing said. “It was just so perfect because why does Stella need to choose if she wants to wear basketball socks and a tutu, then do it, go for it!”

Gaines will also illustrate the next chapter in Stella’s adventures titled “Stella and the Mystery of the Missing Tooth,” which will be in bookstores in March 2023.