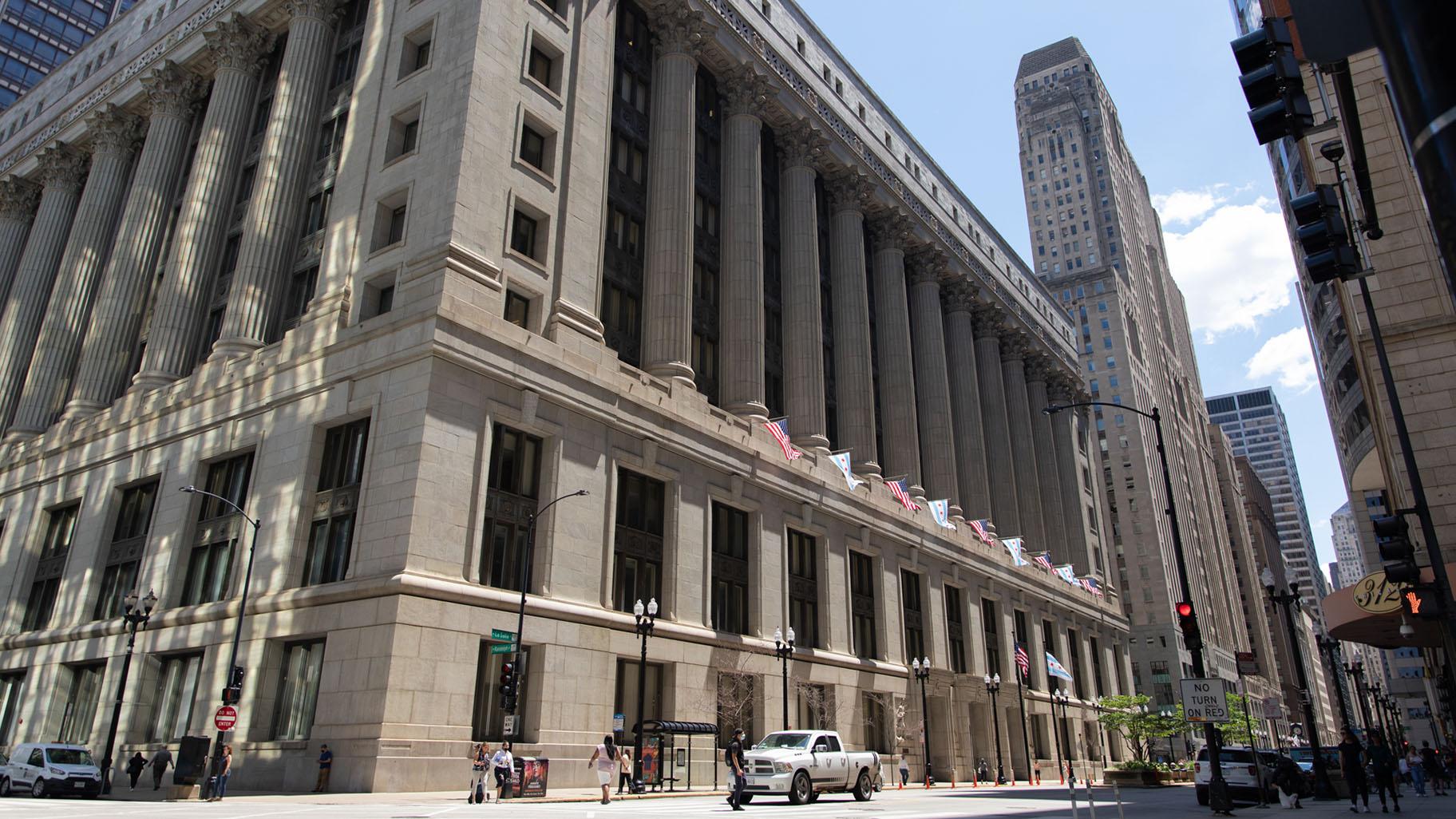 The 2023 race for Chicago mayor has attracted a wide-ranging and still-growing field of challengers across the political spectrum.

While the field won’t be set until late November — one thing is certain: Chicago politics ain’t beanbag.

Aug. 30: The first date for candidates to begin circulating their nominating petitions. To make it on to the ballot, candidates need the signatures of at least 12,500 Chicago voters. (Savvy and well-financed candidates will turn in three times that amount to ensure they can withstand a challenge from their rivals.)

Nov. 21: The first date candidates can file those signatures to qualify for the ballot. Those who are lined up with their paper petitions (yes, it is still the 1990s when it comes to this part of elections in Chicago) at 9 a.m. will be entered into a lottery to get the first slot on the ballot. (Does it matter? Maybe, officials say.)

Nov. 28: The final date candidates can submit their nominating petitions. Those who file at 5 p.m. will be entered into a lottery for the final slot on the ballot. (Does it matter? Maybe, officials say.)

Jan. 30, 2023: Early voting is scheduled to start. This is typically delayed by the myriad of challenges campaigns will file with election officials and judges in an attempt to clear the field. Don’t hold your breath.

Feb. 28: Election Day. Win or go home — unless no candidate gets 50% of the vote plus one. In that case, the top two candidates head to the runoff.

April 4: Election Day, part two: Win or else, but for real this time.

May 15: A new term in office starts for Chicago’s mayor — whoever he or she may be.

Here’s who is running:

Lopez, 44, who has represented the Back of the Yards and parts of Englewood on the Chicago City Council since 2015, was the first candidate to jump into the race. Lopez has been one of Lightfoot’s most frequent critics, blasting her approach to public safety, the COVID-19 pandemic and protections for undocumented immigrants. A former skycap for Southwest Airlines, Lopez would be Chicago’s first Latino mayor and its second gay mayor.

CONTEXT: Lopez is a close ally of indicted Ald. Ed Burke (14th Ward), and has routinely used the City Council’s rules of procedure to block Lightfoot’s proposals. He and other conservative members of the Chicago City Council forced several special meetings designed to pressure Lightfoot on crime and her response to the COVID-19 pandemic.

Wilson, 73, is hoping the proverbial third time is the charm. The businessman and philanthropist ran unsuccessfully against former Mayor Rahm Emanuel in 2015 before running again in 2019 and finishing in fourth place with 11% of the vote. Wilson endorsed Lightfoot, a move he now says he regrets.

CONTEXT: Wilson won 13 of the city’s 18 wards where a majority of Black voters live in 2019, making him a political force to be reckoned with. Wilson has also used his wealth to spotlight the spiraling cost of inflation by giving away millions of dollars’ worth of gasoline and groceries — while depositing a cool $5 million into his campaign account, making him the best funded candidate in the race.

Buckner, 37, was the first candidate from the progressive wing of the Chicago Democratic Party to challenge Lightfoot. Appointed to the Illinois House in 2019 and elected to a full term in 2020, Buckner represents a Lakefront district that stretches from the Gold Coast south to Greater Grand Crossing.

CONTEXT: Buckner was the first — but not the last — candidate to make an issue of Lightfoot’s combative approach to her first term in office. Buckner said his record in Springfield shows he can work across the aisle — and the political divide — to make real change.

Vallas, 69, is hoping to improve on his finish in the 2019 race for mayor: ninth out of 14 candidates, winning just 5.4% of the vote. Vallas served as former Mayor Richard M. Daley’s budget director and schools’ chief. After running school districts in New Orleans and Philadelphia, Vallas lost the 2002 Democratic primary for governor to Rod Blagojevich, who was later convicted of corruption. In 2014, Vallas ran unsuccessfully for lieutenant governor.

CONTEXT: Like Wilson, Vallas endorsed Lightfoot in the 2019 runoff — only to regret it later. An adviser to the Fraternal Order of Police, Vallas wrote numerous columns in the Chicago Tribune and Chicago Sun-Times blasting Lightfoot’s handling of the city’s finances, the public schools and public safety.

Sawyer, 59, is running to follow in his father’s footsteps. Former Mayor Eugene Sawyer replaced former Mayor Harold Washington after he died in office in 1987, serving until 1989. Elected to represent the South Side’s 6th Ward in 2011, Sawyer is the chair of the City Council’s Health and Human Relations Committee.

CONTEXT: Sawyer launched his campaign by condemning what he called Lightfoot’s “authoritarian” approach to the office and said city officials need to take an “all hands on deck” approach to the issues facing Chicago, including efforts to reduce crime, improve schools and boost business districts.

Lightfoot, 60, is running to become the first woman to be re-elected as Chicago’s mayor, hoping to add to her list of firsts, which includes becoming the city’s first gay mayor and the first Black woman to be elected mayor. Lightfoot won all 50 wards in 2019, and nearly 74% vote, after promising to put an end to business as usual at City Hall.

CONTEXT: Lightfoot’s term in office has been marked by a series of crises — the COVID-19 pandemic, an economic collapse and a surge in violent crime. Lightfoot launched her second campaign for elected office by touting her willingness to battle the city’s power brokers in her effort to address inequities that have long tormented Chicagoans, embracing fierce criticism of her approach that she says is rooted in racism and sexism.

Green, 27, would be the youngest person to be elected Chicago mayor of his bid is successful. Like Wilson and Vallas, Green ran for mayor in 2019 — but failed to make the ballot. He also endorsed Lightfoot, like Vallas and Wilson, and also came to regret that decision.

CONTEXT: After his failed mayoral run, Green pressured Chase Bank to step up efforts to invest in Chicago’s South and West side communities, where they invested just 13 cents for every dollar they invested on the North Side and downtown. Green also touched off a political firestorm by sending a Tweet in April 2021 declaring that “Lightfoot is resigning tomorrow in a stunning end to her mayorship,” turning rumors that were circulating on social media into a political firestorm.

King, 56, was first appointed to the Chicago City Council in 2016 by former Mayor Rahm Emanuel, and won elections in 2017 and 2019 — with the support of former President Barack Obama. King pushed to rename Lake Shore Drive for Jean Baptiste Pointe Du Sable, a Haitian immigrant who was the first non-native settler of the Chicago area, and for Congress Parkway to be renamed Ida B. Wells Drive to honor the civil rights icon and journalist.

Background: King joined the race after Lightfoot made a point about all of her challengers being men — telling reporters that Sawyer’s entrance into the race marked just “another day, another man who thinks he can do his job better than me.” King, the chair of the Progressive Caucus, announced her bid for mayor by promising to lead Chicago through collaboration — not confrontation, an implicit criticism of the combative Lightfoot.

Note: This page will update with new candidate announcements. WTTW News lists mayoral candidates who have both announced their intention to run and have formed a campaign committee with the Illinois State Board of Elections. 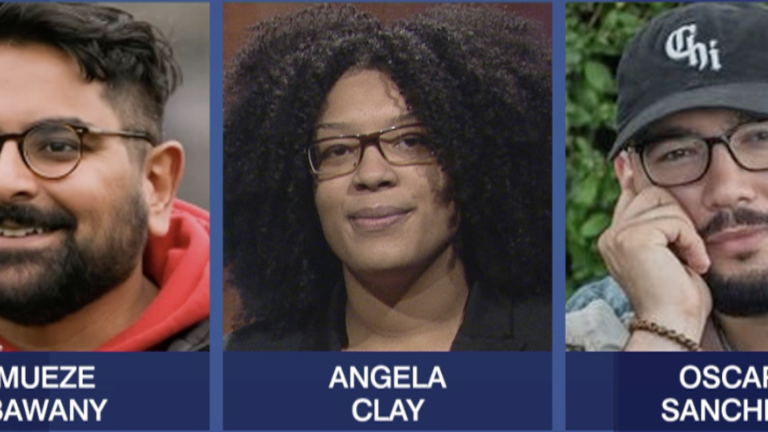 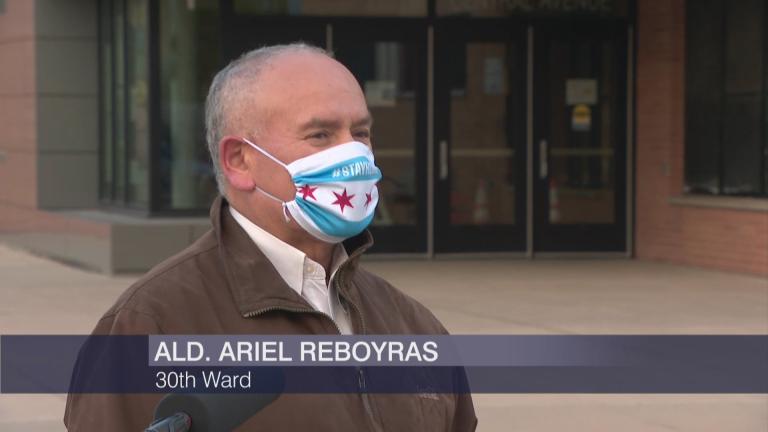 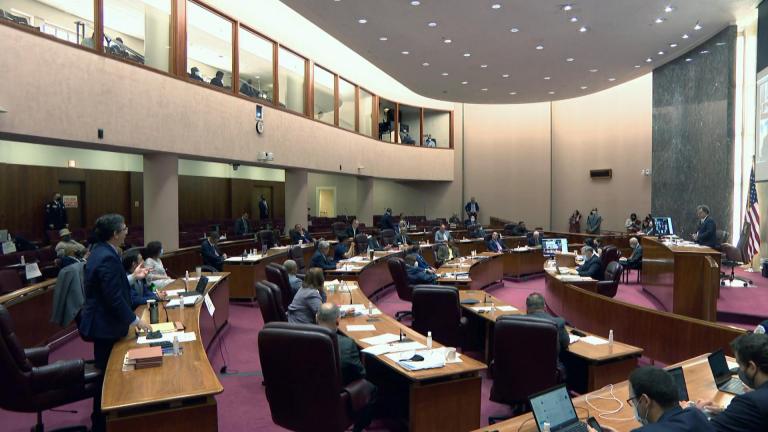