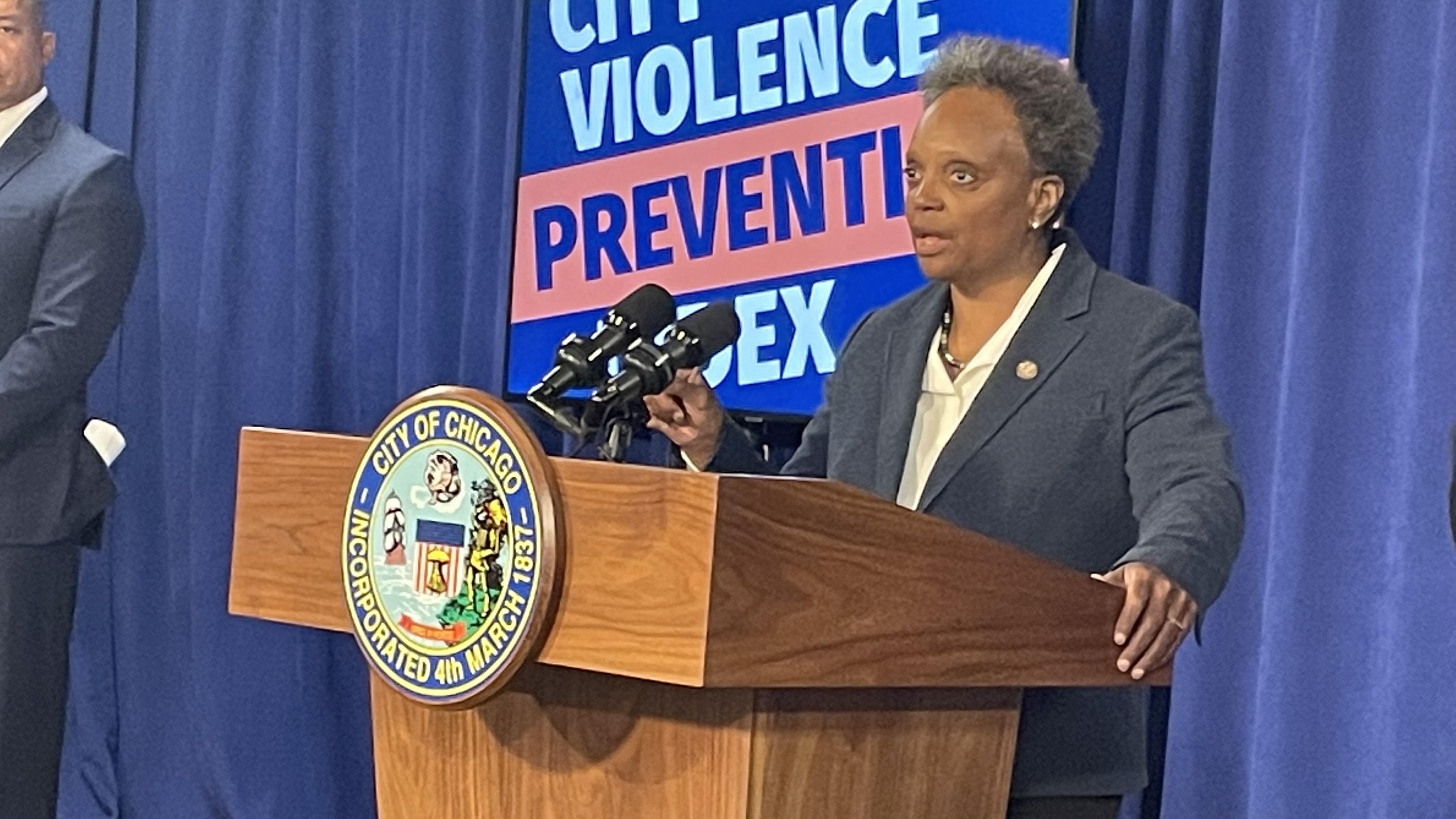 Mayor Lori Lightfoot declined Tuesday to endorse the recommendation from a commission she created to begin “a racial healing and historical reckoning project” that found 13 civic monuments should be removed, including the city’s three statues of Christopher Columbus.

“I’m not going to sit here and tell you that I agree with everything that was recommended,” Lightfoot said at an unrelated news conference. “I don’t. I’ve been pretty clear about that.”

Lightfoot said an additional public process is needed to develop a detailed plan for the monuments flagged by the commission as problematic, and promised to form a working group.

The commission also recommended the removal of the reliefs on the Michigan Avenue bridge over the Chicago River: “The Defense,” “The Pioneers,” “Discoverers” and “Regeneration.”

All four reliefs on the bridge “place the history of Chicago and the Battle of Fort Dearborn within an allegorical narrative of the triumph of Western civilization. American Indians are used as merely a foil to help define the heroic acts and qualities of colonizing forces,” according to the commission report.

“It is easier to say, ‘this should go, that should go’ than make it happen,” Lightfoot said, citing the reliefs on the Michigan Avenue bridge. “Just the mechanics of doing that are very, very complicated.”

The commission acknowledged that complication in its report.

However, because the reliefs are part of the structure of the bridge “their detachment without damage (will be) difficult” and “landmark status will also play a role in determining the ultimate disposition of these artworks,” according to the commission’s report.

The commission recommended the city form a working group to consider the future of the reliefs, and in the meantime, endorses “powerful, non-physical and possibly periodic, deactivation or disruption of these works.”

Lightfoot said she needed to spend more time reviewing the commission’s report — released Friday —before endorsing any of its recommendations to remove monuments.

“As I’ve said, the devil is in the details,” said Lightfoot, adding that she wanted to understand what the cost of removing the statues would be.

Lightfoot declined to say definitively that the city’s three Columbus statues would be returned to their still-empty pedestals with a safety plan in place. The mayor said they would be in March.

“I don’t believe in erasing history,” Lightfoot said Tuesday. “We have to have a safety plan that doesn’t put anyone at risk.”

Lightfoot said she would not ask Chicago Police officers to risk their lives for a statue.

“I have not seen or heard of a single plan that would allow these monuments to go back outside and keep everybody associated with them safe,” Lightfoot said.

Ron Onesti of the Joint Civic Committee of Italian Americans said on Friday the commission’s recommendations were “literally preposterous.”

The city is facing two lawsuits over the removal of the Columbus statute. Chicago’s Joint Civic Committee of Italian Americans wants a judge to rule that the removal of the statue in Little Italy’s Arrigo Park violated a decades-old agreement to display it in perpetuity.

In addition, a former attorney for the Chicago Park District sued the city after he said Lightfoot berated him using obscene language and blocked a deal the Park District made to allow a Columbus statue to be displayed in a parade.

Launched in August 2020, Lightfoot vowed the Chicago Monuments Commission would “provide a vehicle to address the hard truths of Chicago’s racial history” and detail how the city could “memorialize Chicago’s true and complete history.”

By February 2021, the commission had finished reviewing Chicago’s more than 500 public monuments and issued an interim report that flagged 41 monuments as problematic for a variety of reasons, including the statues of four presidents: George Washington, Abraham Lincoln, Ulysses S. Grant and William McKinley.

The commission did not recommend that any of the statues representing former presidents be removed. However, the statues of Washington and McKinley should be prioritized “for permanent and/or ongoing artistic prioritized interventions that will help viewers reconsider the works and their subjects,” according to the report.