Vacant lots and abandoned homes have long been a blight on Black and Brown communities on the South and West sides of Chicago. They are a stark and visual reminder of the disinvestment those communities have suffered.

And while the abandonment and neglect may have spread like a cancer to undermine the economies of neighborhoods and whole communities — the cancer itself was very much man-made.

That much is made clear in a new study titled “Maps of Inequality: From Redlining to Urban Decay and the Black Exodus” from the office of Cook County Treasurer Maria Pappas.

The report notes the vast swaths of vacant lots and abandoned buildings that plague communities of color are a result of deliberate government policy that discouraged lending in those areas.

“Government-sanctioned redlining from the 1940s led to today’s urban decay in many Black and Latino communities,” states the report.

Asiaha Butler, executive director of the Resident Association of Greater Englewood, or R.A.G.E., says the report is not surprising to her. She notes that in her Englewood community, about half of the homes are vacant.

Butler also notes that many of the people who participate in scavenger sales – the process by which tax-delinquent properties are auctioned off – have no real interest in or connection to the community, thereby exacerbating the vacancy problem.

“We have scavengers who are preying on communities like ours and because of what happened in the past, they know that we’re a vulnerable community because of redlining,” said Butler. “They know this is a vulnerable community because if you look at everything that happens in a redlined community, it’s not just a home … but eventually investment goes away. Eventually businesses go away. Eventually the schools close. And so it’s a trickle-down effect to all of this.”

Not only would Butler like to see all scavenger sales halted, she would also like to see some form of reparations for homeowners who have disproportionately suffered, perhaps in the form of tax forgiveness.

Geoff Smith, executive director of the Institute for Housing Studies at DePaul University, says he also was not surprised by the new report.

“There’s a history of disinvestment in cities across the country,” says Smith. “That history of disinvestment was at least in part a product of geographic discrimination like redlining and other practices that lead to segregation, disinvestment and then the negative effects of that — one of which is population loss and an increase in tax delinquent properties which manifest themselves into the scavenger sale.”

Smith says that to turn around the economic impact of redlining and disinvestment you need a comprehensive and sustained approach.

“Not just investment in amenities, but a kind of a comprehensive long-term strategy that builds on existing assets in the community that involves the participation and buy-in of long-term residents and focuses on long-term sustainable investment,” said Smith.

But where will that investment come from?

Butler says it needs to be the kind of all-encompassing approach used to fight the COVID-19 pandemic.

“So just the way the state, county and city responded to the pandemic … They’re going to have to come together again for this with the community at the table,” says Butler. “I would definitely say I don’t know if I would trust the government to do this on their own because they’re the ones who created the problem.”

Throughout 2022, WTTW’s FIRSTHAND: SEGREGATION will put a human face on the impact racial divisions have on individuals, the city, and our region through a documentary series, expert talks, text and visual journalism in partnership with South Side Weekly and the Invisible Institute, and community discussions and engagement in partnership with the Folded Map Project and the Metropolitan Planning Council. Visit the website (wttw.com/firsthand) to explore the project. 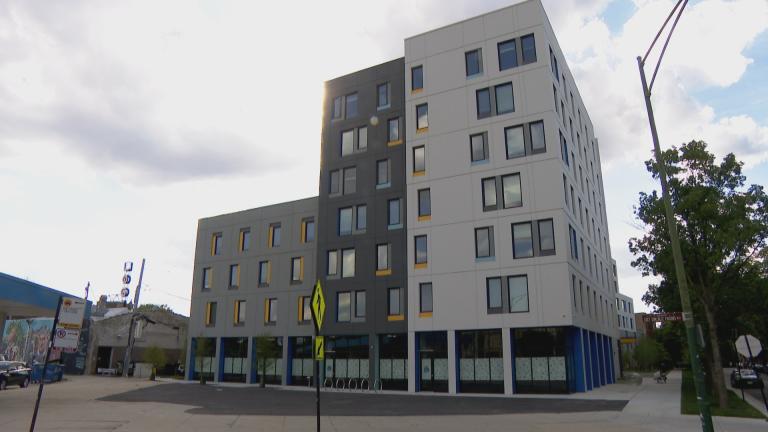