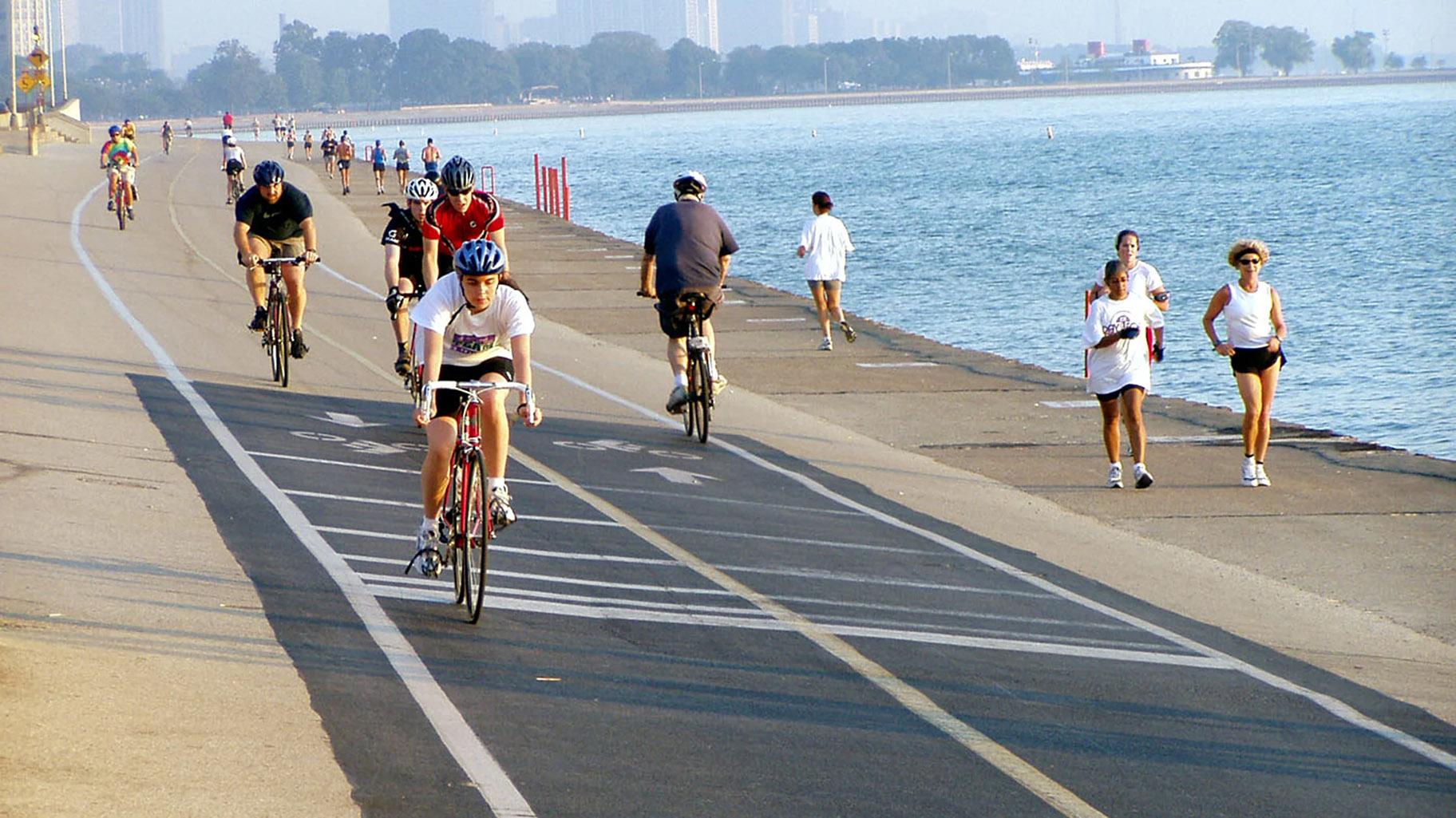 (Courtesy of City of Chicago)

The City of Broad Shoulders flexed its muscles in terms of fitness. In a newly released list of the 100 fittest cities in America, Chicago came in at No. 10.

The American Fitness Index, published annually by the American College of Sports Medicine and the Elevance Health Foundation, evaluated cities on a number of personal health indicators, such as the percentage of smokers in the population, chronic health problems like the prevalence of obesity in the population and the percentage of people exercising in the last 30 days, as well as community and environmental indicators, which include a city’s walkability and access to recreational facilities.

This is the first time the Windy City has cracked the top 10 in the report’s 15-year history and an improvement over last year’s No. 14 ranking. Arlington, Virginia was ranked the fittest city – a title its held for the past five years.

Chicago’s ranking can be attributed to its high walk and bike scores, and accessibility to parks.

In addition to providing people with active transportation options, like walking or biking to work and school, the city also has abundant opportunities for people to be active at one’s leisure.

“Ninety-eight percent of residents live within a 10-minute walk to a park in Chicago,” said Paluch, who spotlighted the city’s lakefront trail as another asset. “Think about how long that bike path is. It’s uninterrupted along the lake and provides people an active transportation option and also an option to be active during leisure time.”

While the city has the infrastructure to promote healthy lifestyles, more could be done to encourage residents to use them, according to Paluch.

“For example, the city could have more programs in existing parks, creating awareness and community around a park. Companies could have bike to work incentives,” she said. “The infrastructure is there. It’s just how do you get more people to use them.”

Chicago’s been rising in the fitness index rankings since 2018 and got a shout out in the report for “setting a great example for other cities to follow.”

Declining smoking rates, strokes and percentage of residents in poor physical health are among the behaviors that boosted the city’s ranking over last year, according to Paluch.