‘Chicago Tonight’ in Your Neighborhood: Pullman and West Pullman

Chicago’s Pullman and West Pullman areas were once industrial communities where workers lived and worked.

The neighborhoods on the Far South Side have since experienced an economic downturn, but over the years people have pushed for growth to improve the quality of life.

The former Pullman factory – the city’s first national monument – is a reminder of the American labor movement, but also the fight to create change.

When West Pullman resident Shomari Nicholes’ family moved into the area, his wife was passionate about turning an empty lot into a community garden.

“A lot of these lots have been overgrown for decades. One of the things that we noticed was that once we cleaned this one up ... people kept stopping like, somebody’s doing something! The excitement around that parlayed into more support and more passers-by stopping and asking questions, and we started to feel like we were making a difference,” said Nicholes. That idea sprouted into the We Sow We Grow Project.

Nicholes says the mission is to get people involved by teaching them how to grow food and ultimately build community. They are currently working on expanding and turning three other empty lots at 120th and Union into more garden spaces, as well as areas where people can gather and learn through classes and summer programs.

“It’s not just to beautify it. That’s obviously part of it, but more than that it’s to see something growing — there’s something about that, when you see it you go, ‘Oh my god, it’s possible here.’” 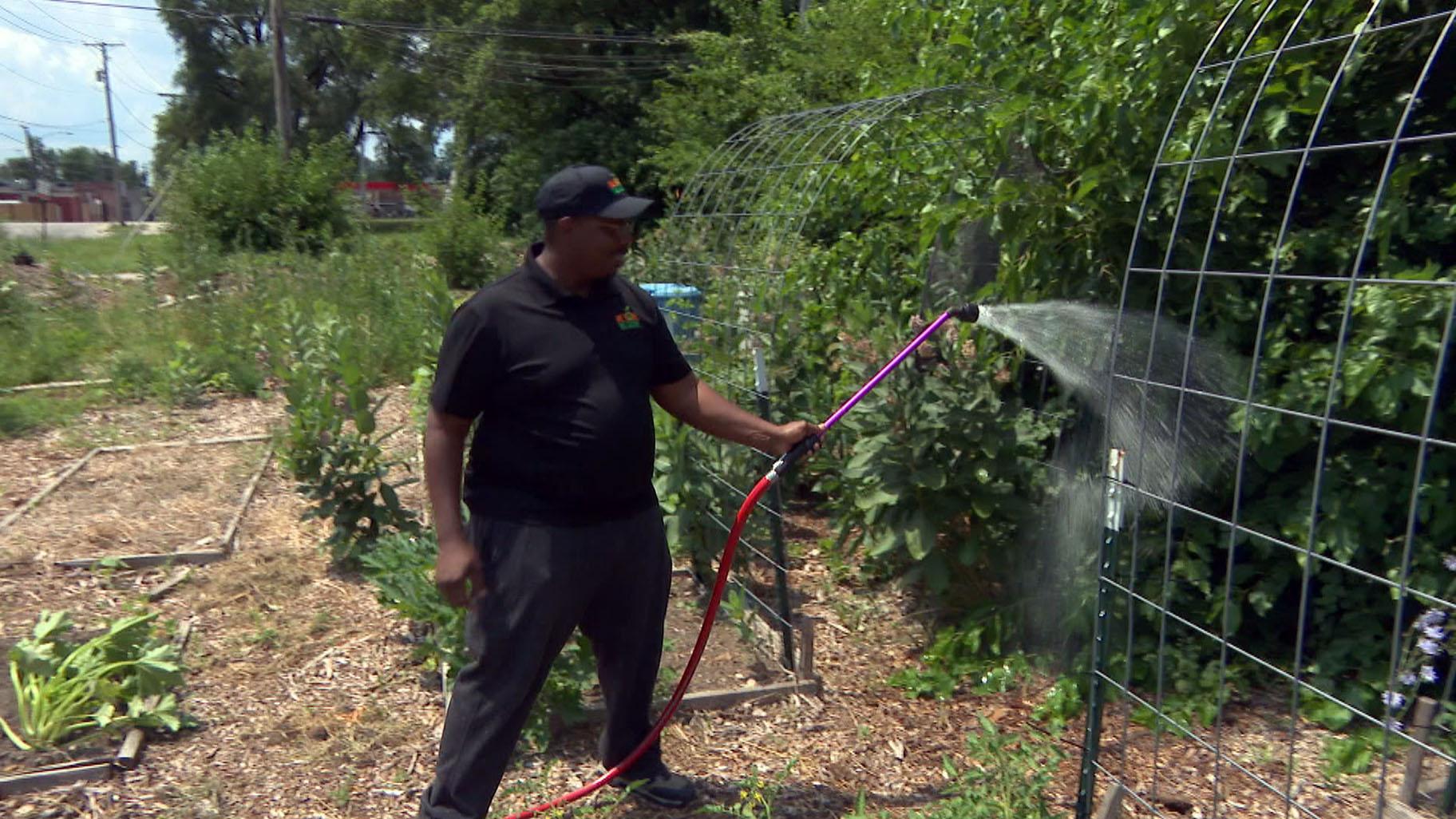 On the same block, Habitat for Humanity Chicago has been working with families to become homeowners.

The organization has been around since the 1970s, and since 2012 has focused on West Pullman.

“We actually were starting with 16 lots,” said Habitat’s Jennifer Parks. “The plan was to build out those 16 lots, and as we got more involved in the work here in West Pullman, we decided not only did we want to do those 16 lots (but) we wanted to build and invest in the larger community. There’s a lot of great assets in West Pullman. We thought we could make a bigger impact here if we do more than the housing that we do.”

It’s a hands-on effort where homebuyers help build their home from the bottom up while taking classes to learn the process of owning a home.

The organization then offers loans and an affordable stable mortgage.

Parks says when they’re done, 38 homes will be built in the area. She emphasizes the work they do starts with the residents with a goal of developing and integrating new housing opportunities. 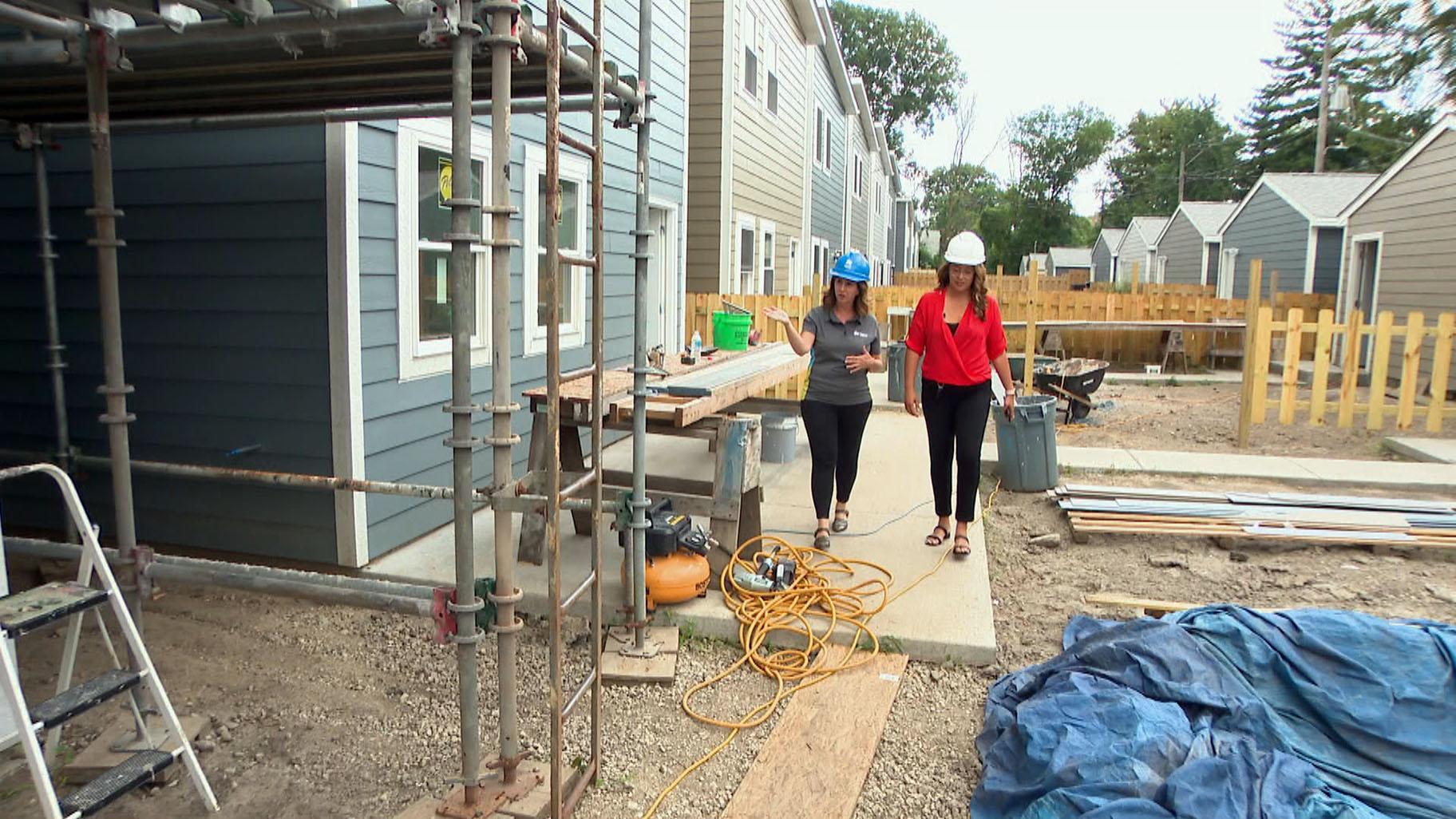 “Violence prevention [is] one of the biggest things we need to make sure we continue to fund and double down on. We have a lot of great programs here,” Beale said. “Having a community center, bringing jobs online, and working with violence prevention programs is how we’re going to combat the problems we’re having.”

The population of West Pullman and Pullman is mostly African American, but it hasn’t always been like that.

Resident Antoine Dobine remembers when the neighborhood was thriving. Now he is working to bring that back.

He has dedicated his work to help youth and families in far South Side communities by creating sports programs and now runs Hands Around The 100s, a movement to uplift the youth and help residents.

“Truth be told, you have a lot of single-family homes around here ... ran by moms. Moms have got to work two jobs. Who’s at home watching the kids? Nobody,” Dobine said. “I created a program to say hey, I’m going to take the young kids and … keep them busy while mom is at work. ... I grew outside my neighborhood and spread throughout far south Chicago.”

Now their focus is to combat issues like gun violence by giving youth the simplest ingredient.

“Taking care of a child, you have to have that passion and that love,” Stoner-Dobine said. ”That’s all they want is that love, that understanding, not being judged, just loved.”

Dobine has also partnered with local resident Lakeisha Bell, founder of Elements of Life coaching, to form Women of West Pullman an — initiative to bring moms together by creating action plans to help better the neighborhoods. They are currently working on a block party.

“The block party that we have going on is almost like our ship going through different blocks, letting people know … we are here,” Bell said. “We want to provide you with resources and support, a community of people together saying there’s no judgment, but how can we meet you where you are. What are your basic needs? What support are you lacking?”

Organizer Cleopatra Draper says among the things the Pullman and West Pullman area need are: “Better leadership. Resources. Affordable housing. Employability. Soft skills to teach. But most importantly correcting the exodus of Illinois ... that changes with understanding and defining true community.”