In the Midst of Chaotic Shooting, Strangers Save a Young Boy 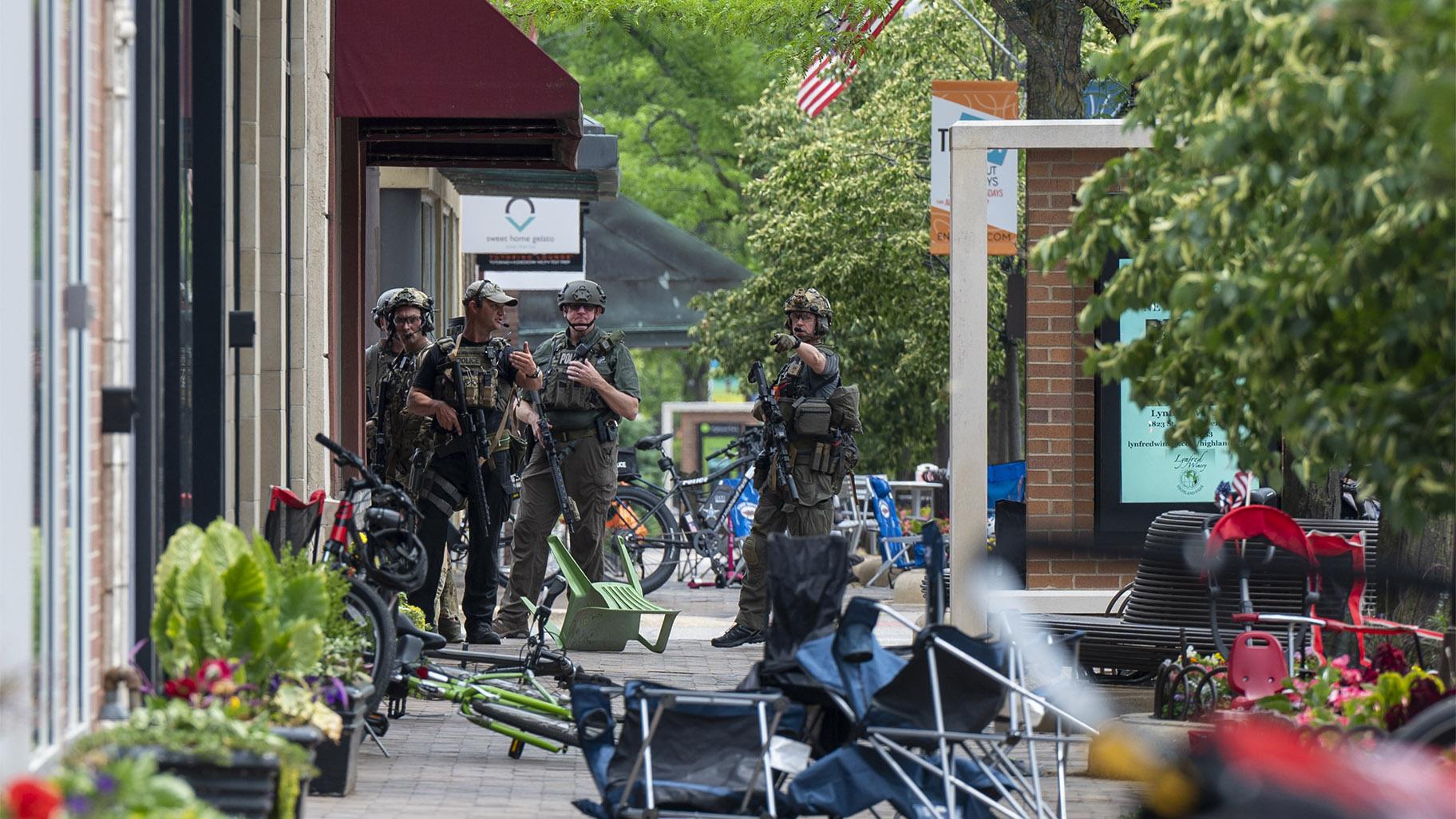 CHICAGO (AP) — A woman — stunned and speechless in the chaos of a July 4 parade massacre — walked up to Greg Ring and handed him a 2-year-old boy, covered in blood.

Ring had fled the scene in the Chicago suburb of Highland Park with his wife and three children to an area behind a popular pancake house.

“We kind of met eyes and didn’t say anything.... I put my arms out, and she gave him to me,” Ring said Thursday, when describing the exchange with the unidentified woman, who then laid down in front of their car in shock.

The boy pointed in the direction of the parade route, saying “Mommy, Daddy, Mommy, Daddy.”

Ring’s wish to help the boy carried him back to the scene. He tucked the boy’s face in his chest, so he couldn’t see the carnage. But Ring quickly realized it was too dangerous.

“Active shooter! Get back down!” a police officer shouted. Ring fled again.

He and his family got to their car and took the boy to a Highland Park fire station. “I have a boy. He’s not ours,” he told the department staff, who asked him to keep the boy as authorities searched for the shooter and helped the wounded.

“They were getting ready for war,” Ring said.

The family drove to Ring’s in-laws, where they hunkered down. There, the boy sat with Ring’s 4-year-old, watching a Mickey Mouse show.

“He asked my wife to wipe him off because he had blood on him that wasn’t his,” said Ring, an insurance broker from Highland Park.

They were later able to identify the boy and reunite him with his grandparents.

Aiden McCarthy’s parents, Kevin and Irina, both died in the shooting, which left five others dead and more than two dozen wounded.

Friends of the McCarthys said Irina’s parents would care for the boy going forward.

“Aiden ... will have a long road ahead to heal, find stability, and ultimately navigate life as an orphan. He is surrounded by a community of friends and extended family that will embrace him with love, and any means available to ensure he has everything he needs as he grows,” Irina Colon, a family friend, wrote on a GoFundMe account she created for the family and Aiden. The account has raised more than $2 million.

On Thursday, Ring was still trying to process what happened at the July 4 parade. He said he’s not a hero and just did what anyone would have done in the situation.

“I’m just filled with immense gratitude. I’m really sad. I don’t know, I don’t know how I feel. I have not slept for a minute the last two nights,” he said.

“What could’ve happened — it is nothing short of a miracle that the five of us — me, my wife and my three kids — one of us or all of us isn’t dead. I do not understand. Everybody around us was hit or got shot.”