The suburb of Highland Park is still recovering from the aftermath of Monday’s Fourth of July parade shooting which left seven dead and at least 30 injured.

Highland Park Mayor, Nancy Rotering, said in a news conference on Tuesday that information about where to donate would be released on the city’s website later in that day.

Rotering asked those looking to donate “to be mindful of potential scams on GoFundMe and other fundraising avenues.”

GoFundMe has listed verified fundraisers for people affected by the Highland Park Parade shooting including individuals, families, and relief funds:

• Highland Park, IL Parade Shooting Victims Fund: Organized by VictimsFirst, a network of surviving victims of mass casualty crime, all the money raised from this centralized victims’ fund will directly go to the families of the deceased and the injured. VictimsFirst has previously raised funds for victims of mass shootings in Uvalde, Texas, Buffalo, N.Y., and Indianapolis, Ind.

• Family assistance for the Kolpack’s & Joyces: Samantha Whitehead is organizing this fundraiser on behalf of Chicago Public Schools teacher, Zoe Kolpack and family. Kolpack was shot in her thighbone. Her husband, Stephen, and her dad, Mike Joyce, were also shot in the leg, while Stephen’s brother, Nicholas, was shot in the kneecap. Donations will go toward the family’s financial relief in light of their medical expenses.

• Alan Castillo: Melissa Martinez is organizing this fundraiser for her brother-in-law Alan Castillo. Castillo is currently awaiting surgery for a gunshot wound to his back. Donations will go toward his medical and postoperative care expenses.

• Highland Park Shooting: Nivia Guzman organized this fundraiser on behalf of her grandparents, Maria and Eduardo Uvaldo, who were shot in the head and arm, and her younger brother who was also shot in the arm.

• Nicolas Toledo: Xochil Toledo and Vicki Barrera are organizing this fundraiser for Xochil’s grandfather, Nicolas Toledo. Toledo was a 78-year-old father of eight and grandfather to many who spent most of his life in the Chicago area before retiring in his hometown of Morelos, Mexico.

•Jacquelyn Sundheim: Sophia Astrene is organizing this fundraiser on behalf of her best friend’s mother, Jacquelyn Sundheim. She was known in the community for teaching children and coordinating special events at her local synagogue. Donations will go toward the family’s funeral and living expenses.

In addition to donating money to these fundraisers, NorthShore University HealthSystem, which received 26 patients from the mass shooting with ages ranging from eight to 85, is accepting blood donations from those who are at least 17 years old, weigh more than 110 pounds and are in good health, according to its website.

According to NorthShore, an appointment is required to donate blood at NorthShore Evanston, Glenbrook, Highland Park or Swedish Hospital.

Note: This story was originally published July 5, it has been updated to include our “Chicago Tonight” live report.

This story will continue to be updated with more information on how to support the victims. 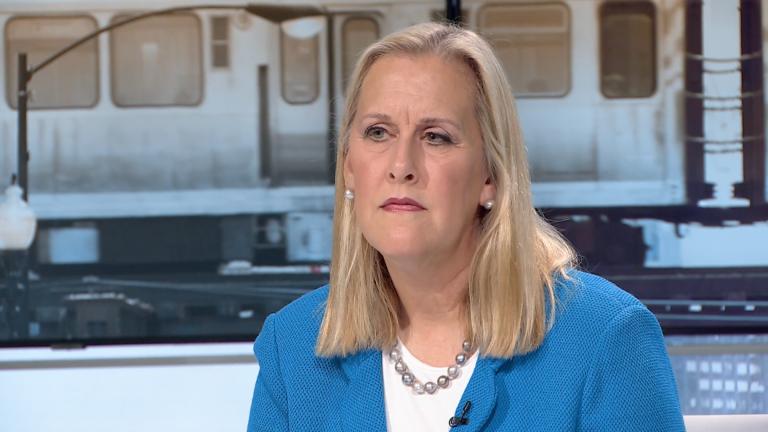