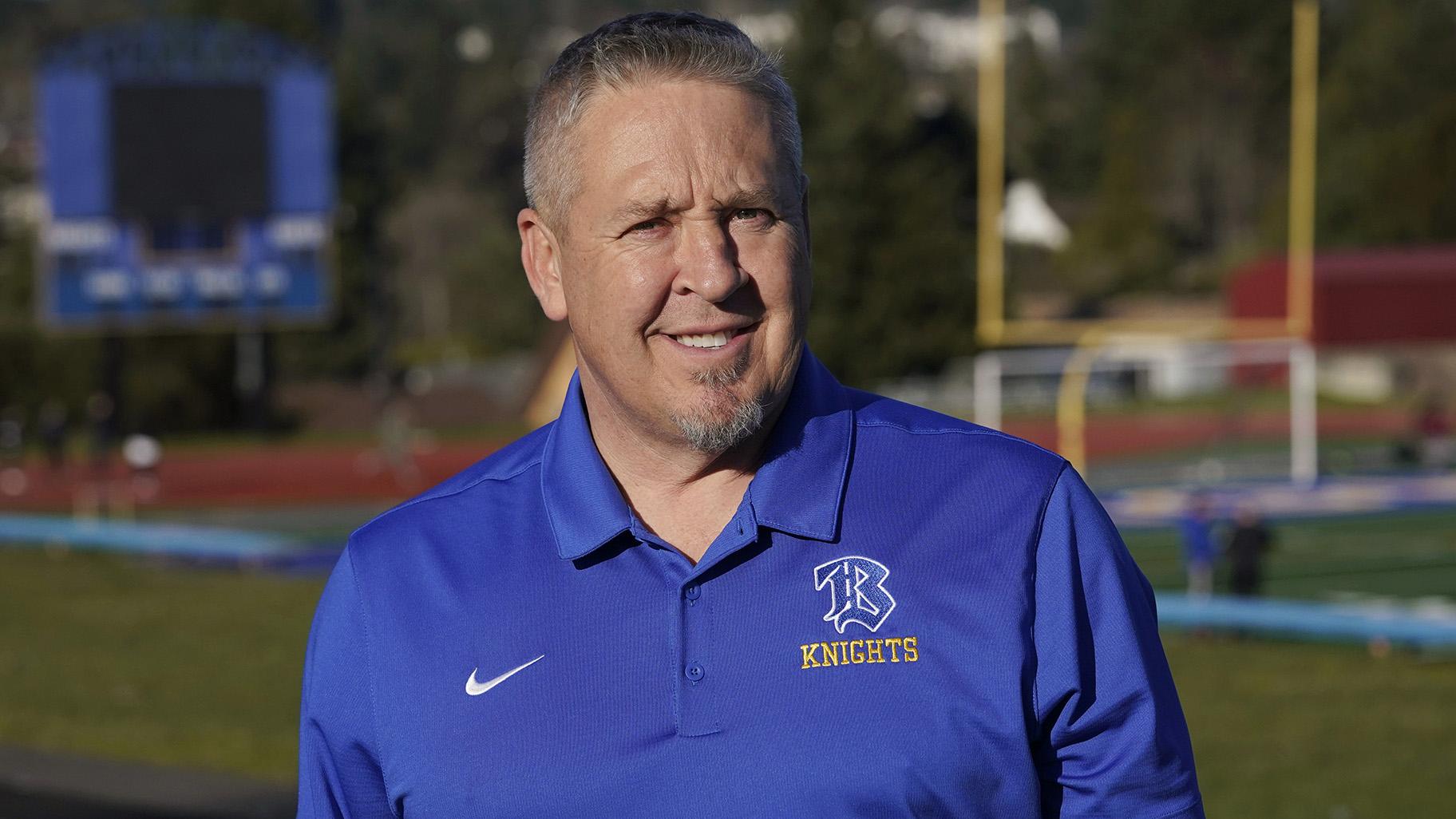 WASHINGTON (AP) — The Supreme Court said Monday that a high school football coach who sought to kneel and pray on the field after games was protected by the Constitution, a decision that opponents said would open the door to “much more coercive prayer” in public schools.

The court ruled 6-3 for the coach with the court’s conservative justices in the majority and its liberals in dissent. The case was the latest in a line of rulings for religious plaintiffs.

The case forced the justices to wrestle with how to balance the religious and free speech rights of teachers and coaches with the rights of students not to feel pressured into participating in religious practices. The liberal justices in the minority said there was evidence that Bremerton (Washington) High School Coach Joseph Kennedy’s prayers at the 50-yard-line had a coercive effect on students and allowed him to incorporate his “personal religious beliefs into a school event.”

Dissenting Justice Sonia Sotomayor wrote that the decision “sets us further down a perilous path in forcing states to entangle themselves with religion.”

But the justices in the majority emphasized that the coach’s prayer came after the game was over and at a time when he wasn’t responsible for students and was free to do other things.

“The Constitution and the best of our traditions counsel mutual respect and tolerance, not censorship and suppression, for religious and nonreligious views alike,” Justice Neil Gorsuch wrote for the majority.

Gorsuch noted that the coach “prayed during a period when school employees were free to speak with a friend, call for a reservation at a restaurant, check email, or attend to other personal matters” and “while his students were otherwise occupied.”

It would be wrong to treat everything public school teachers and coaches say and do as speech subject to government control, he wrote. If that were the case, “a school could fire a Muslim teacher for wearing a headscarf in the classroom or prohibit a Christian aide from praying quietly over her lunch in the cafeteria,” he wrote.

He closed by writing that: “Respect for religious expressions is indispensable to life in a free and diverse Republic—whether those expressions take place in a sanctuary or on a field, and whether they manifest through the spoken word or a bowed head.”

The decision continues a pattern in which the court has ruled in favor of religious plaintiffs. Last week the court ruled that Maine can’t exclude religious schools from a program that offers tuition aid for private education, a decision that could ease religious organizations’ access to taxpayer money.

In dissent, Sotomayor wrote Monday that players “recognize that gaining the coach’s approval may pay dividends small and large, from extra playing time to a stronger letter of recommendation to additional support in college athletic recruiting.” And she said “some students reported joining Kennedy’s prayer because they felt social pressure to follow their coach and teammates.”

Sotomayor was joined in her dissent by Justice Stephen Breyer and Justice Elena Kagan.

The coach and his attorneys at First Liberty Institute, a Christian legal group, were among those cheering the decision. Paul Clement, the attorney who argued the case on behalf of coach Kennedy, said in a statement that the decision would allow the coach “to finally return to the place he belongs – coaching football and quietly praying by himself after the game.”

Kennedy, a Christian, said in a statement: “This is just so awesome. All I’ve ever wanted was to be back on the field with my guys ... I thank God for answering our prayers and sustaining my family through this long battle.”

Lawyers for the school district noted that Kennedy has moved to Florida and said it was unclear if he truly intends to move back across the country to Washington state, where he had previously been a football coach at Bremerton High School.

Kennedy started coaching at the school in 2008 and initially prayed alone on the 50-yard line at the end of games. Students started joining him, and over time he began to deliver a short, inspirational talk with religious references. Kennedy did that for years and also led students in locker room prayers. The school district learned what he was doing in 2015 and asked him to stop out of concerns the district could be sued for violating students’ religious freedom rights.

Kennedy stopped leading students in prayer in the locker room and on the field but wanted to continue kneeling and praying on the field himself after games. The school asked him not to do so while still “on duty” as a coach after the game. When he continued, the school put him on paid leave. The head coach of the varsity team later recommended he not be rehired because, among other things, he failed to follow district policy.

In a statement, the Bremerton School District and its attorneys at Americans United for the Separation of Church and State, said the decision undermines the separation required by the Constitution. The school district said in a statement that it had “followed the law and acted to protect the religious freedom of all students and their families.”

Rachel Laser, the head of Americans United, said the decision “opens the door to much more coercive prayer in our public schools” and undermines the religious freedom of students.

The school district’s attorney, Richard Katskee, said it is studying the decision and considering its next steps.